Home Cats Stray Cat So Happy When She Enters the Door of a Home...

A cat was so happy when she entered the door of a home, so her kittens wouldn’t have to live on the streets. 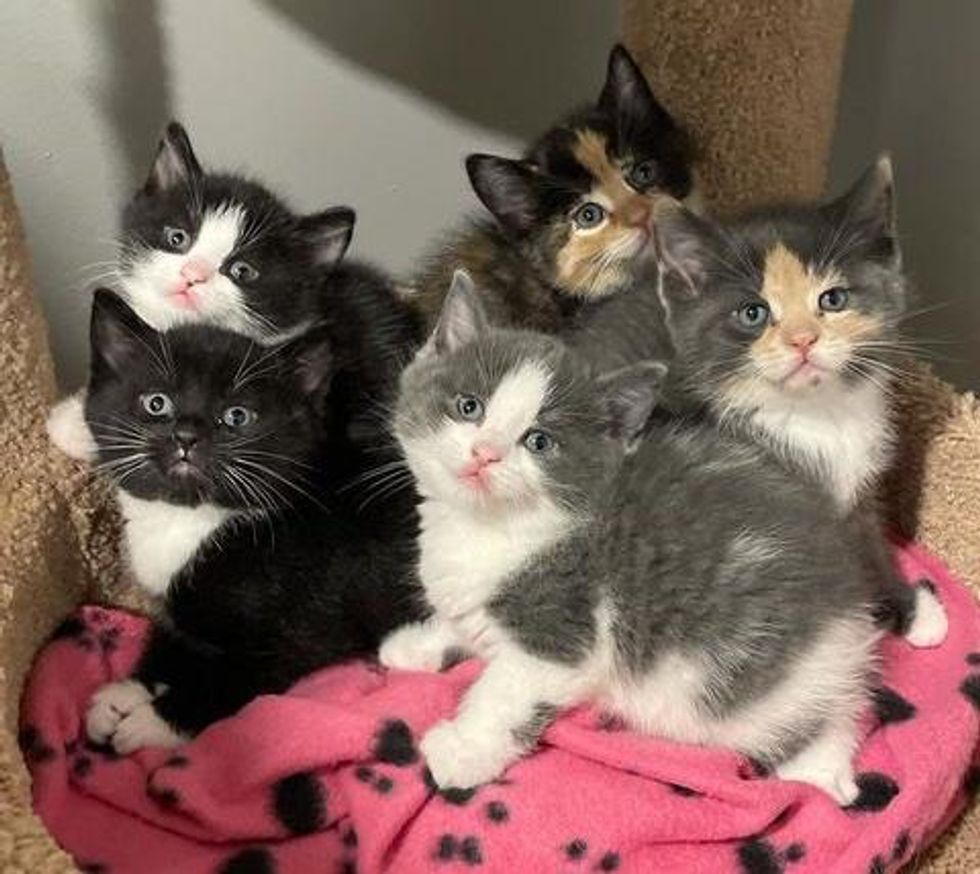 A black and white cat was found wandering the streets of Dundas (in Ontario, Canada) with a heavily pregnant belly. Good Samaritans came up to her and realized that she needed medical attention and a place to stay.

The cat had infected sores covering her chest and neck. She likely had been abandoned and neglected for some time. The finders took her into their home, nursed her back to health, and gave her a comfortable nest where she birthed five healthy kittens.

They reached out to their local rescue, Salty Animal Rescue, in hopes of getting the family of six the best chance at good homes. 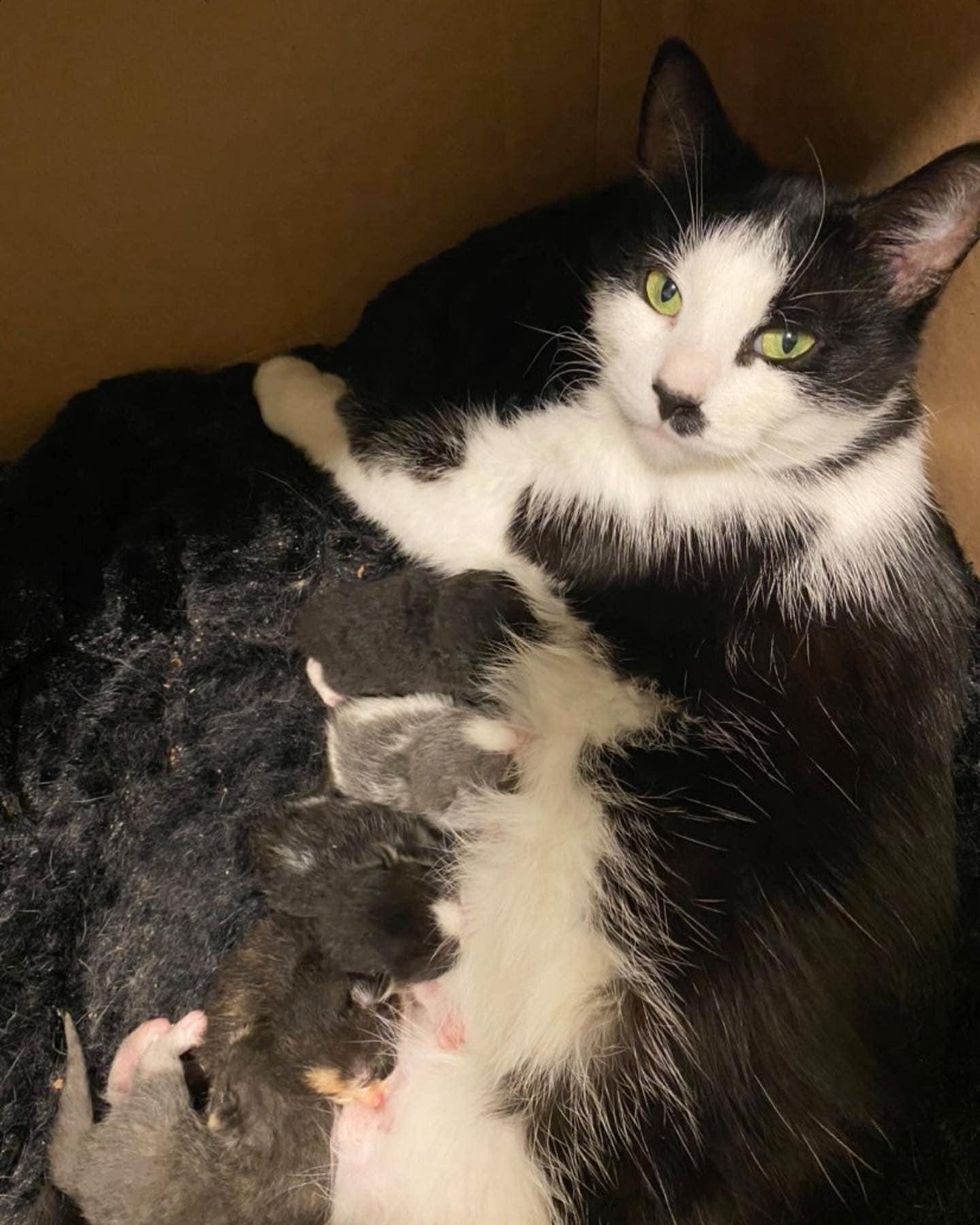 Oreo the cat and her kittensSalty Animal Rescue

The cat named Oreo was very friendly from the start. She was so glad to be indoors again after roaming the streets and having litter after litter.

“They will never need to live on the street again and will never add to the overpopulation of stray and feral cats in our community,” Karly and Katelyn Saltarski, cofounders of Salty Animal Rescue, shared with Love Meow. 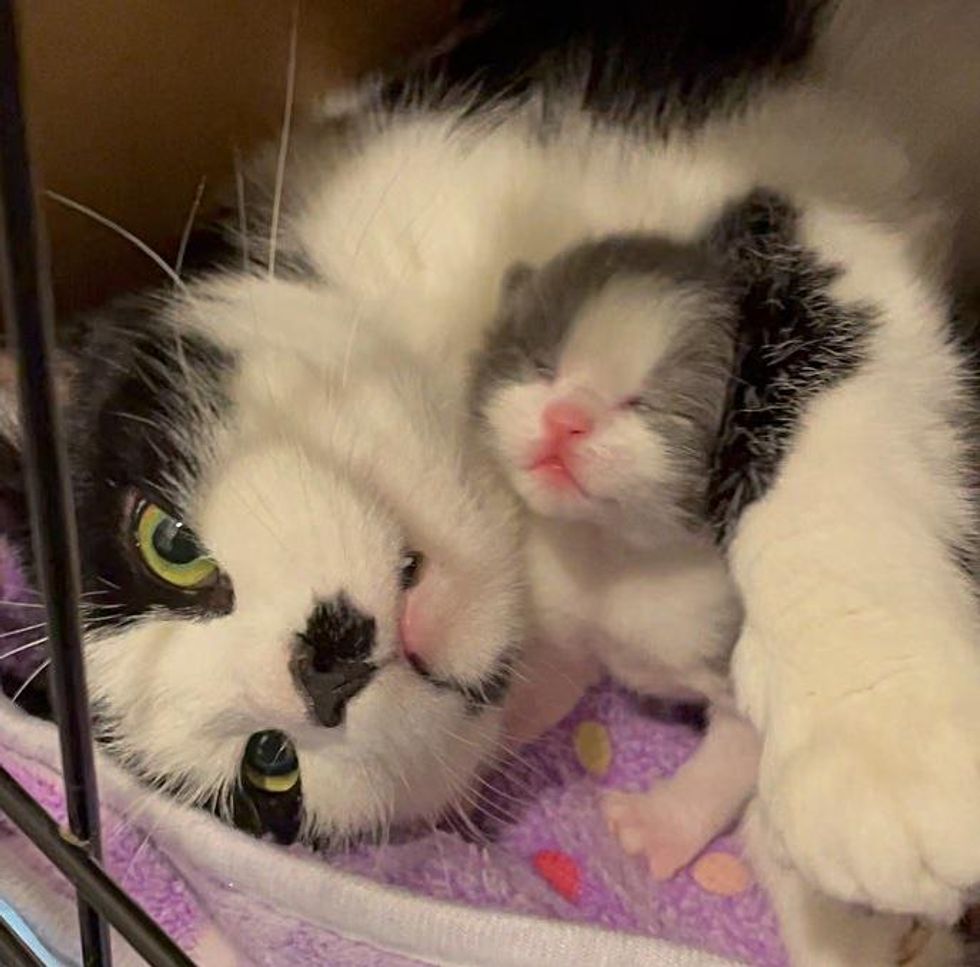 Oreo gave her five demanding kittens undivided attention, and constantly filled the nursery room with her doting purrs. She was over the moon to have a safe home to raise her babies and couldn’t get enough of pets from her human friends.

“Mama Oreo is the most loving girl. She was always making sure her babies were cared for. We are so happy that her finders stepped in (just in time).” 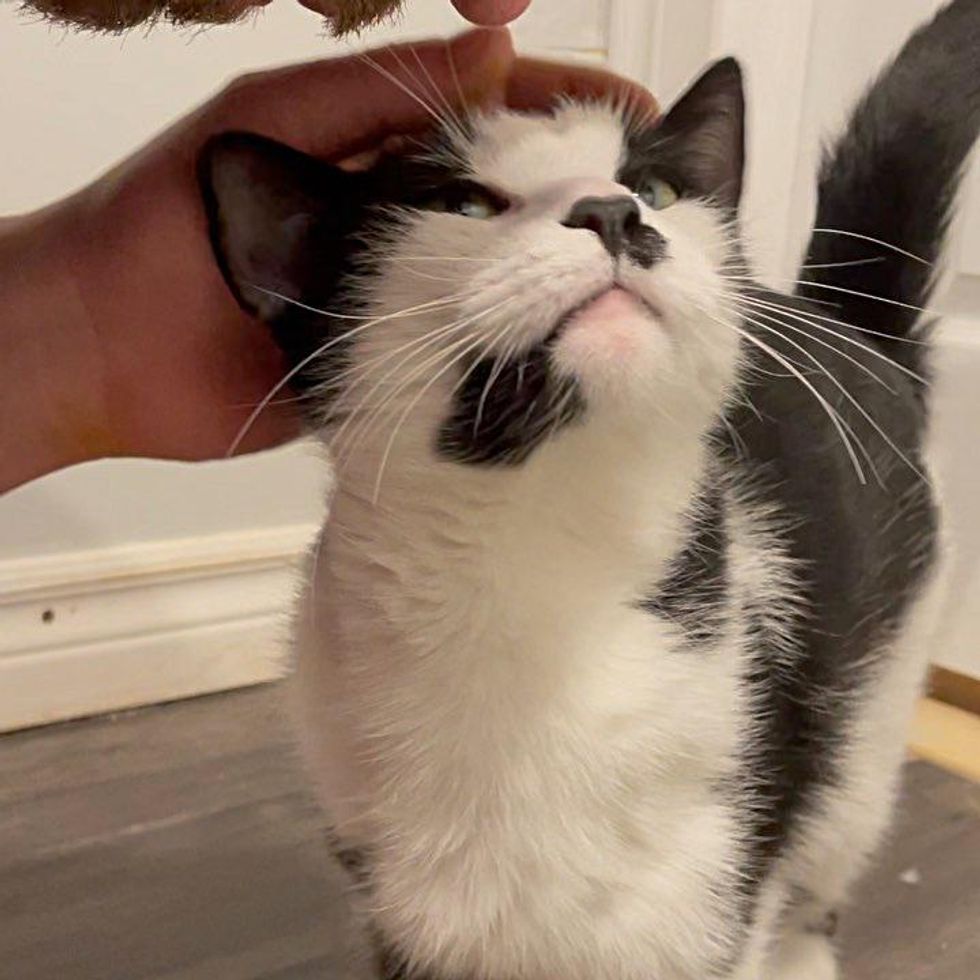 Two weeks into foster care, the kittens had their eyes opened and were ready to find their feet by flailing their legs around. Mama Oreo continued to be the best mom, keeping her little ones well fed and immaculately clean.

Despite what she had gone through, Oreo never stopped being affectionate around people. She would seek attention from her foster parents and enjoy all the cuddles, soaking up the love. 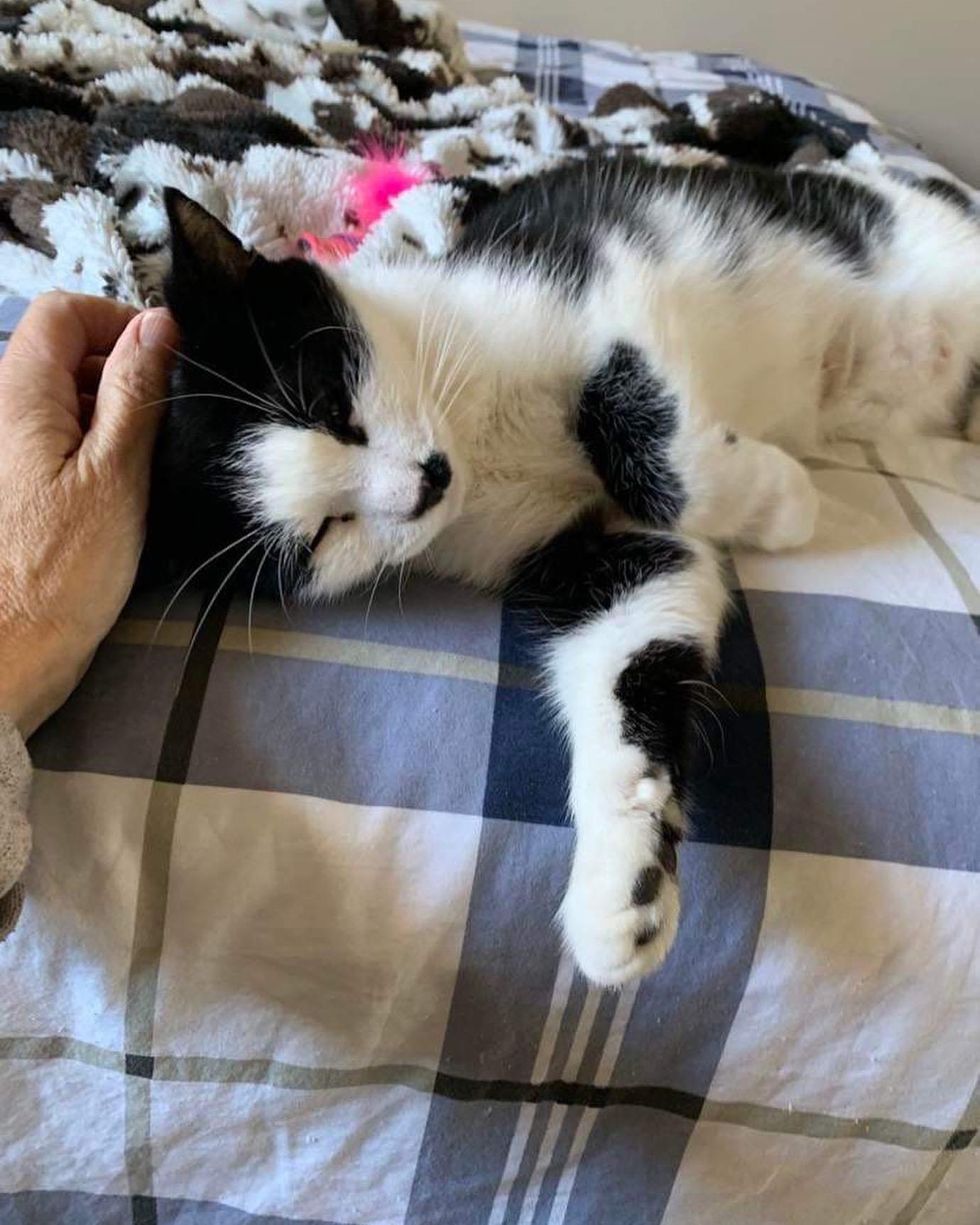 She adores people and loves getting attentionSalty Animal Rescue

“She was obsessed with Foster Dad Chris and was constantly purring and bunting.”

The kittens got upgraded to a nice, spacious suite where they were able to run around and create antics while honing their feline skills. They quickly mastered the art of wrestling with each other and Oreo’t tail, keeping their mom on her toes. 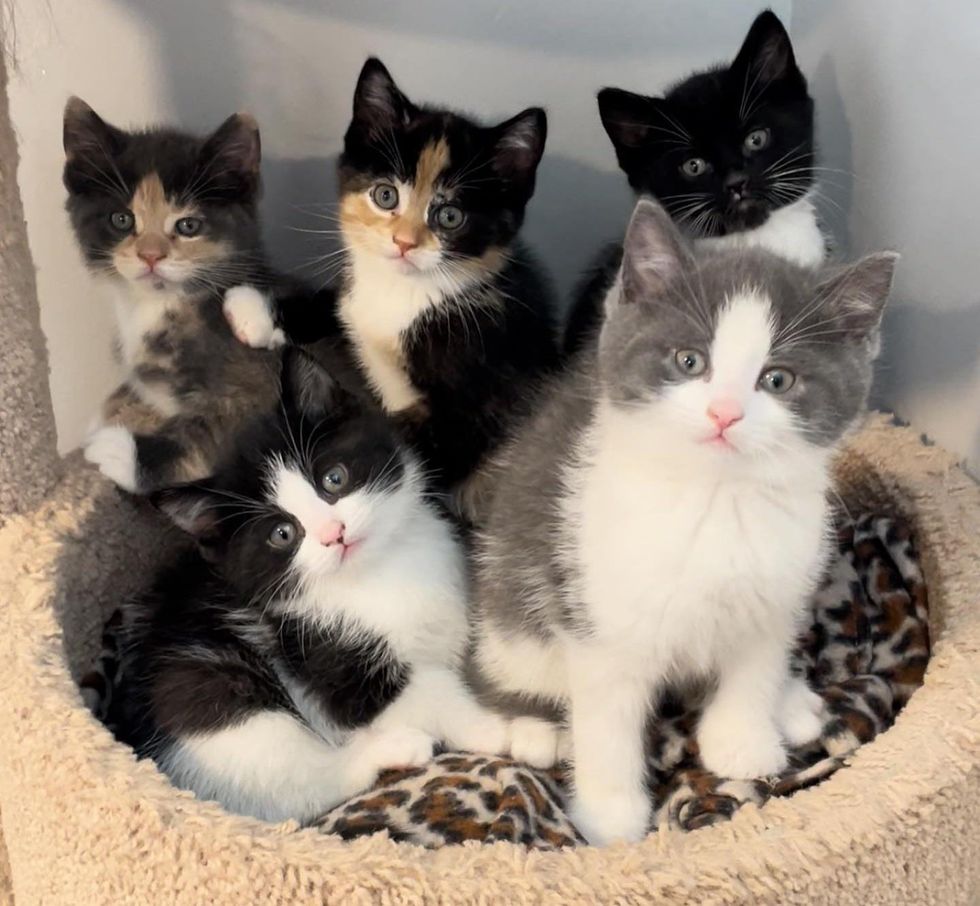 The kittens grew by leaps and boundsSalty Animal Rescue

“Oreo did an amazing job raising her babies and continued being the sweetest girl. She made best friends with our resident dog, Nood, and happily shared her babies with her. The kittens were showing their personalities more each day,” the rescue wrote.

Mama Oreo watched her babies every step of the way until they entered the rambunctious teenage phase. 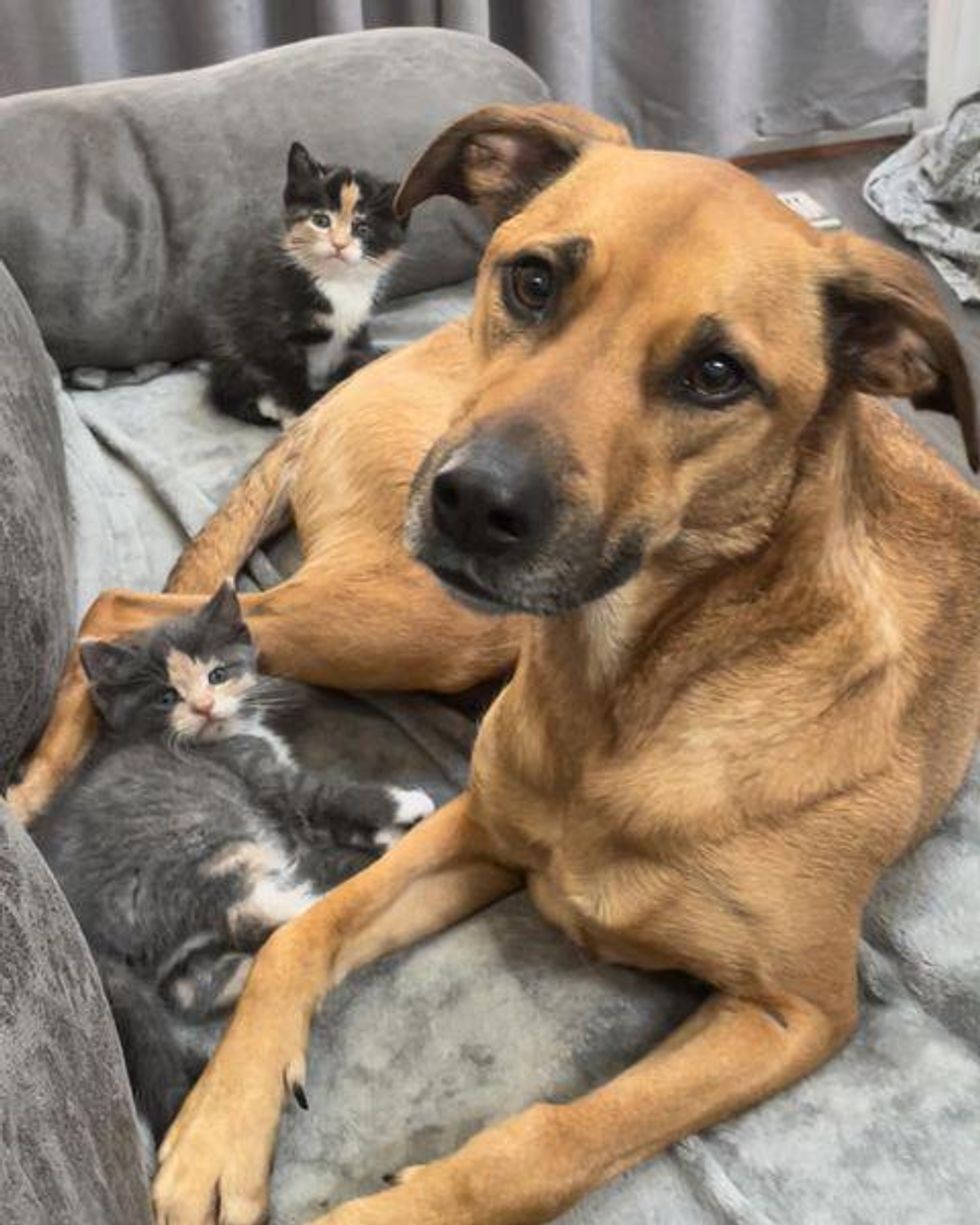 The kittens (Griswold, Clara, Tinsel, Juniper, and Noel) figured out their litter boxes with flying colors, and reached one milestone after another.

It was then Oreo began to take a back seat to her babies, and spend more me-time with her humans. “She loved her treats so much that she demanded them and extra loving every night.” 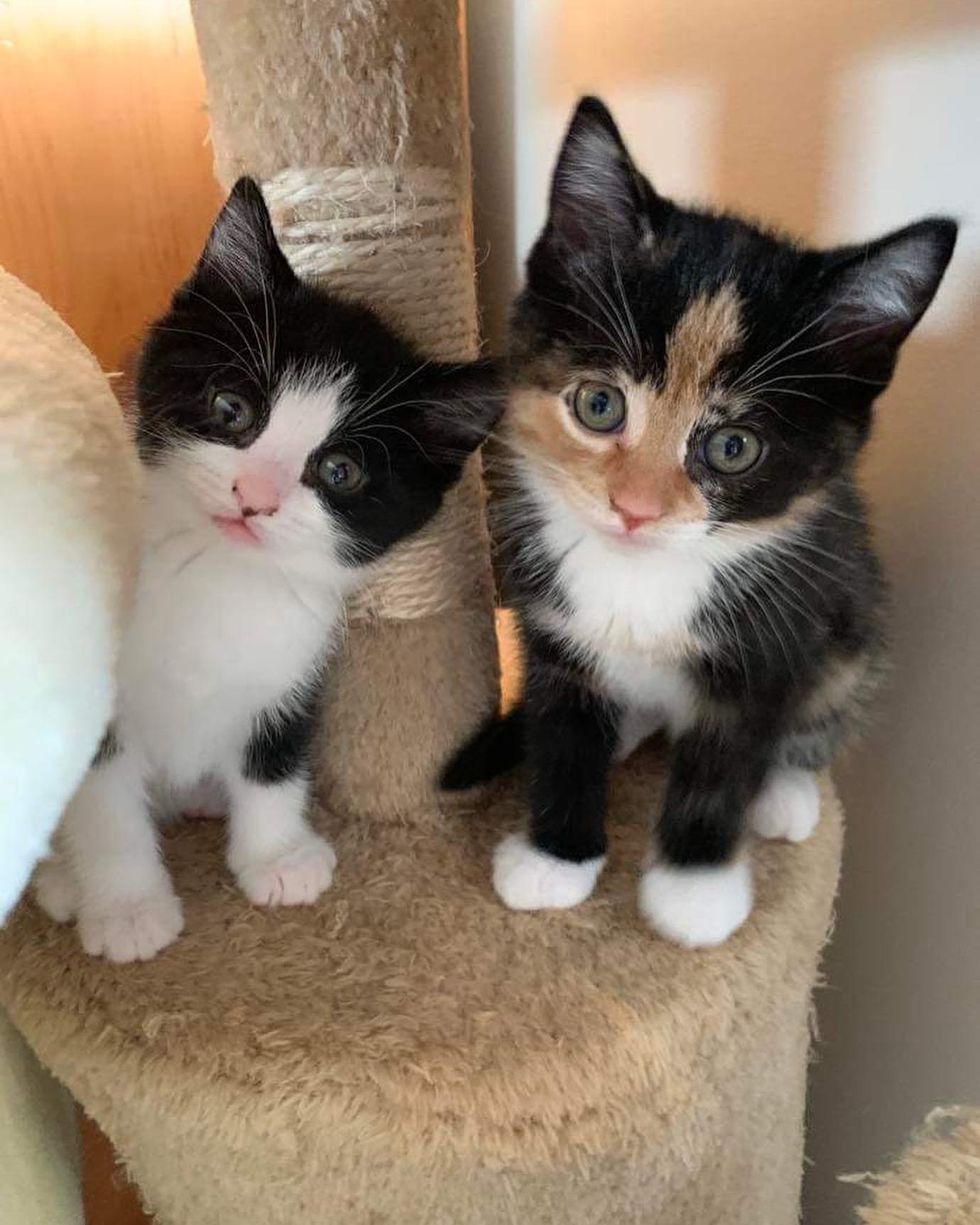 After weeks in foster care, the family of six were ready to embark on a new journey to their forever homes.

Oreo was so excited when a family who had fallen head over heels for the sweet girl, came to meet her and welcomed her into their loving home. 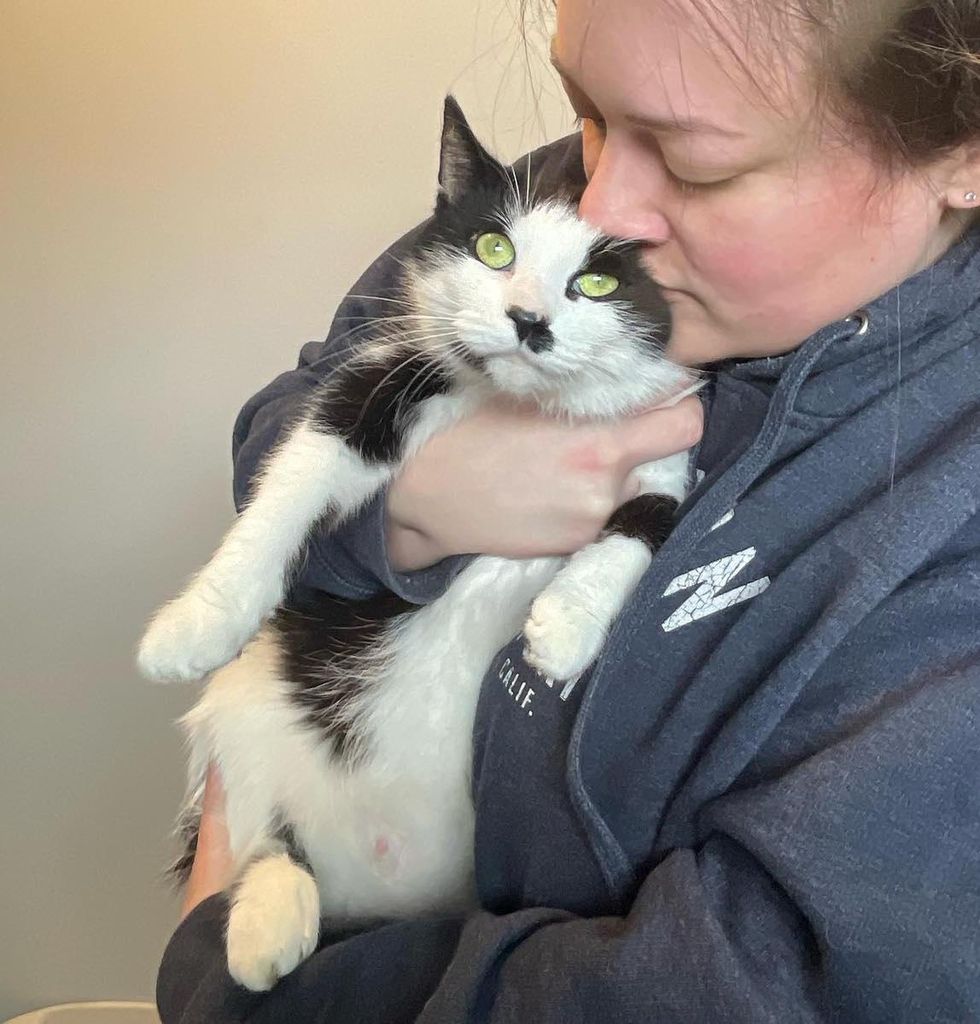 Oreo is so happy to be lovedSalty Animal Rescue

“Oreo and her five babies are all officially in their forever homes and we could not be happier for them. They all lucked out with the best adopters,” the rescue shared with Love Meow.

“They get to call their new families and warm cozy houses, home, instead of the freezing streets.” 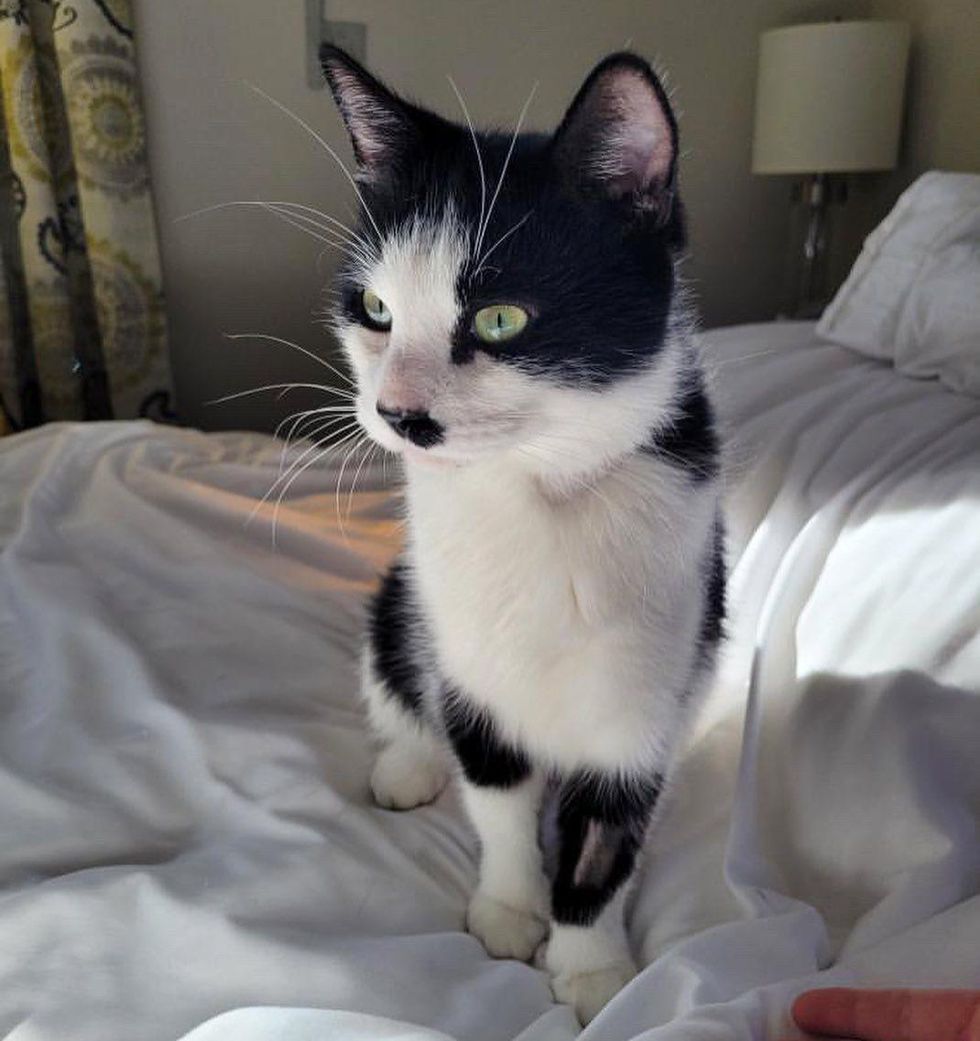 Related story: Kitten Sitting in the Middle of the Road ‘Waiting’ for the Right Person to Come Scoop Him Up