An orange kitten hopped the fence to join a litter of smaller kittens and decided to help raise them. 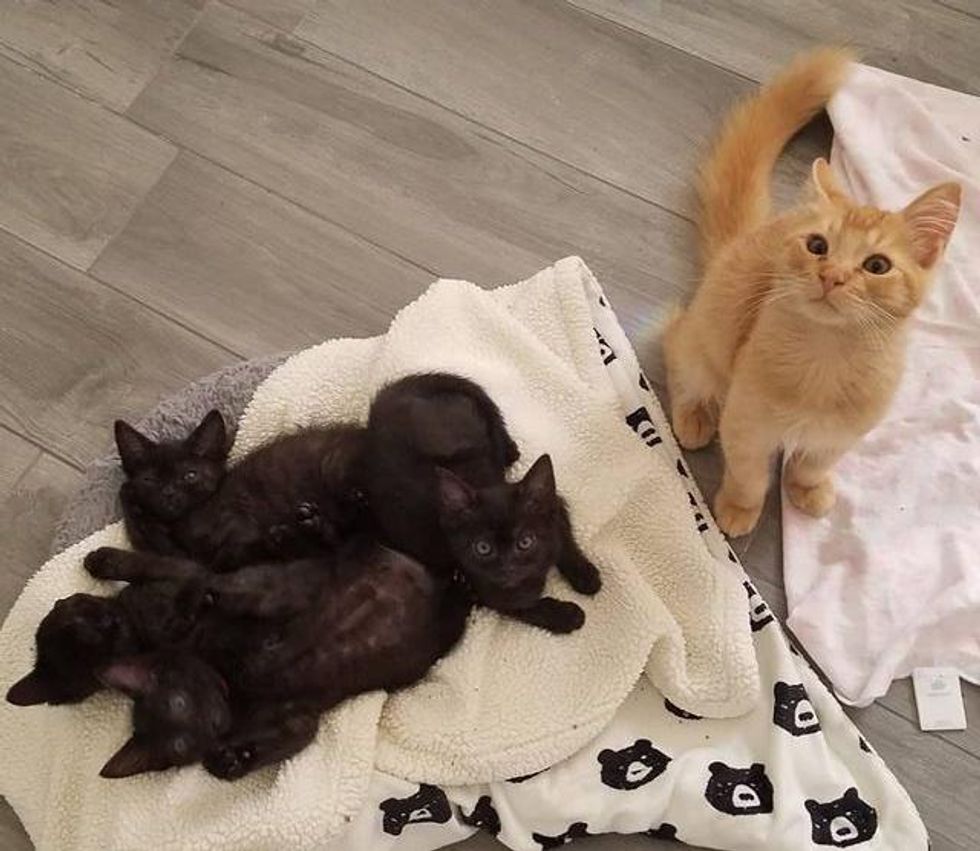 Red the orange tabby and his kitten friendsJin’s Bottle Babies

When Shelbi Uyehara, the founder of Jin’s Bottle Babies (a kitten rescue in Arizona), moved into her new home this fall, she and her husband noticed a house that had a lot of cats hanging around.

They connected with the homeowner (the caretaker), so they could learn more about the neighborhood cats, get them spayed and neutered, and provide them with medical care. “There were about 30-40 cats needing fixing and some were pregnant,” Shelbi told Love Meow.

While the couple were busy renovating their home, a cat started showing up outside their driveway and around their house. As it turned out, she had just given birth in the caretaker’s front yard.

“Her kittens were born the night before we moved in. It’s like she was waiting for us.” 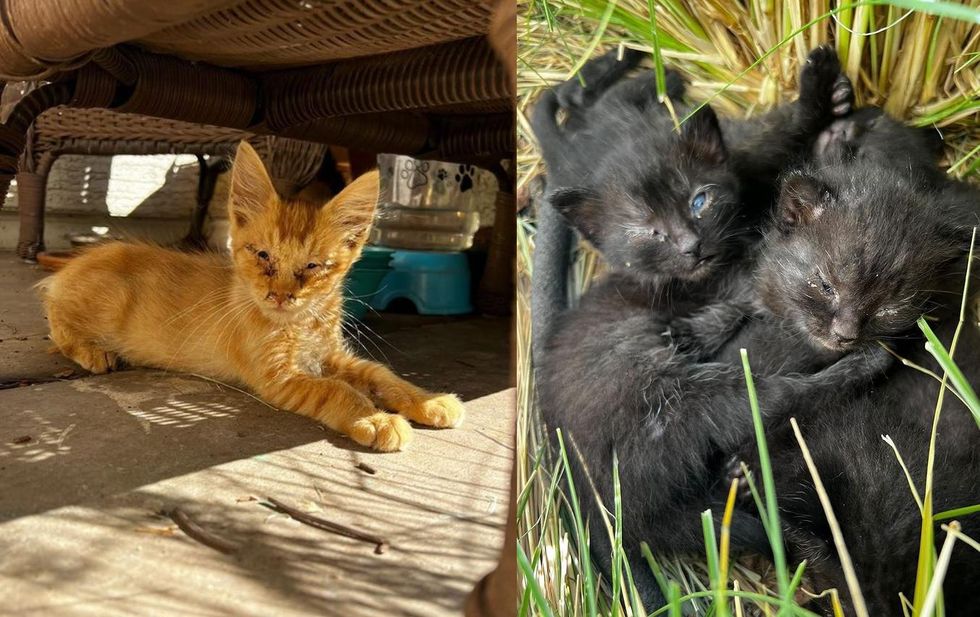 They were rescued from life on the streetsJin’s Bottle Babies

It was unusual for a nursing mother to spend so much time away from her newborns. Around that time, Shelbi learned about an orange kitten named Red from the caretaker.

Red came from a separate litter in the backyard. When the tabby boy heard the crying of the new kittens, he hopped the fence and decided to join the front yard crew. “Red would be pouncing around after them, playing with their tails.” 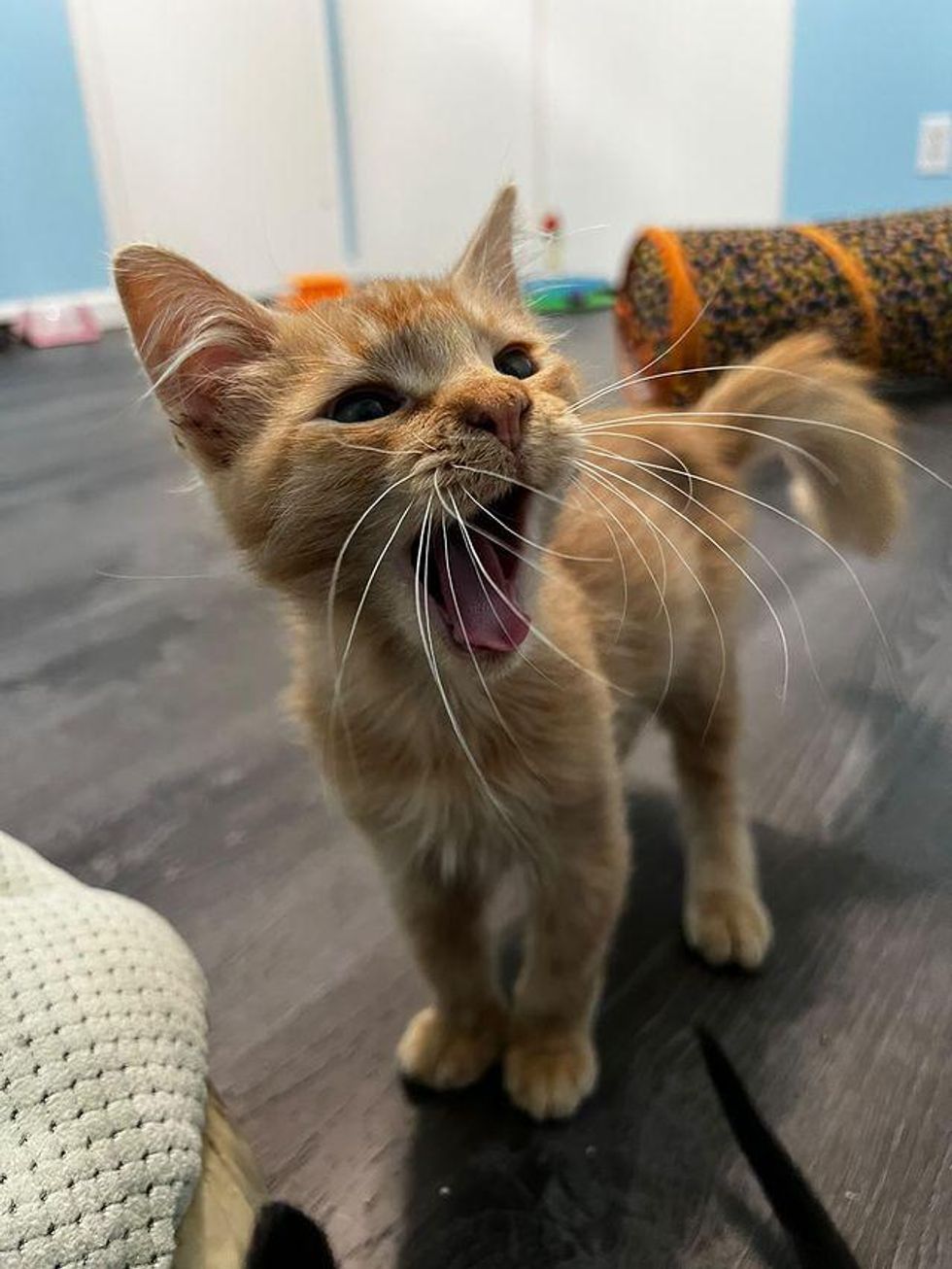 When they noticed the cat mother had stopped feeding her babies, it was time to intervene. The kittens were crying for their mom but found Red who came running to them.

Red was with the babies from the day he climbed the fence. When Shelbi took in the litter, she knew Red had to come with them. 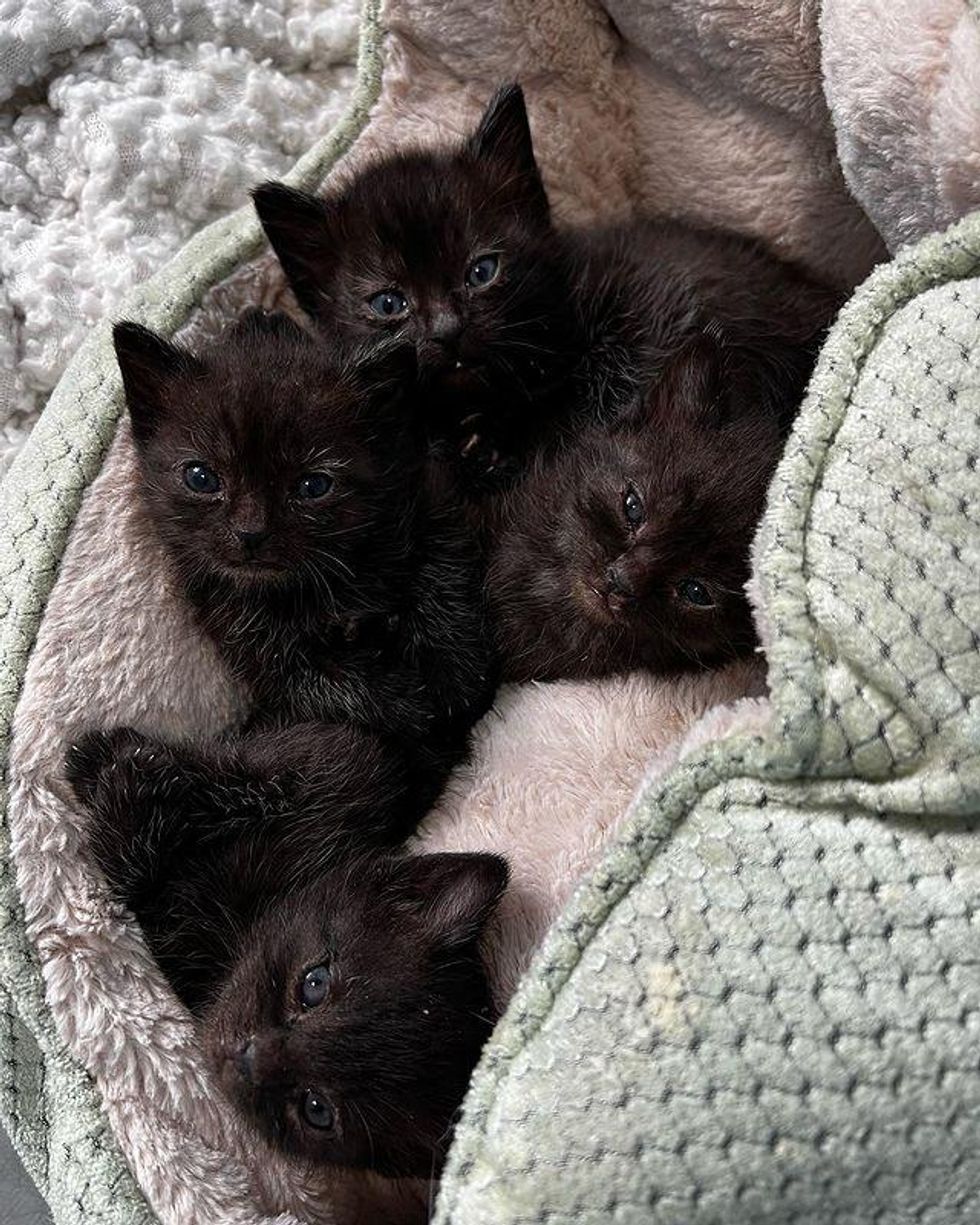 “We were going as fast as we could on our house, so we could move them in. When our house was okay enough, we had a spot for Red and the four black kittens to come inside. I couldn’t let him stay out there without them.”

All five of them came with crusty eyes and were very underweight, but after 24 hours of care, their bellies were full, coats were clean, and they looked so much better. 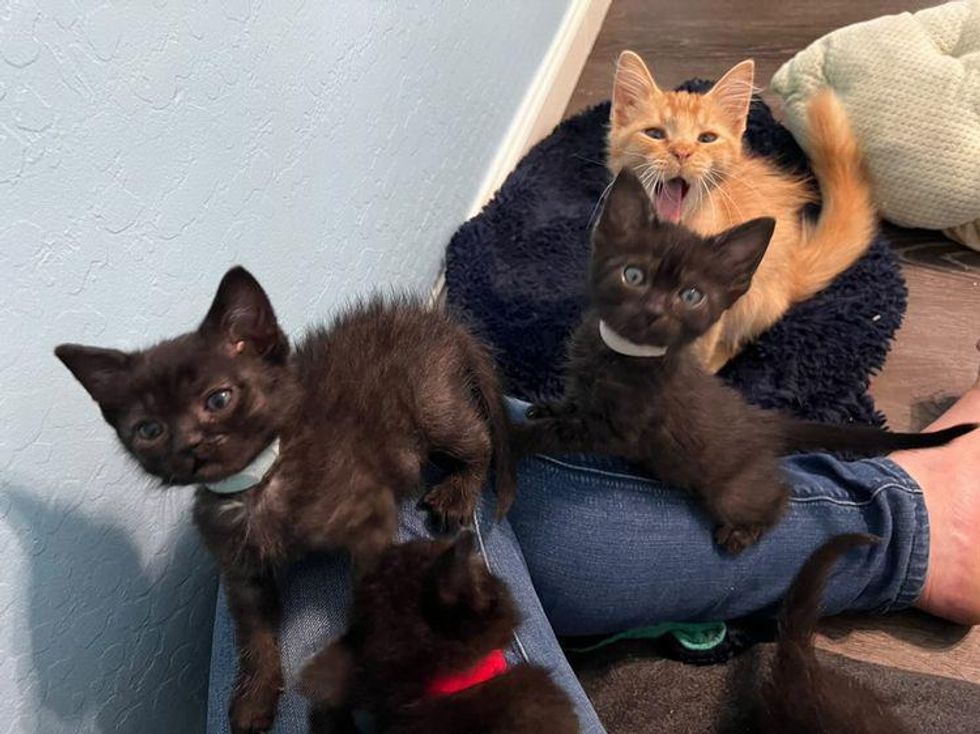 Red is always with his kitten friendsJin’s Bottle Babies

Red continued to be a mentor to the smaller kittens (Coral, Mamba, King, and Viper), teaching them how to play like a cat and watching over them when they napped.

Watch Red and his four kitten friends in this cute video:

Red was over the moon when he discovered a warm lap and flopped on it for extended cuddles. He purred up a storm and melted into his people while he was petted. 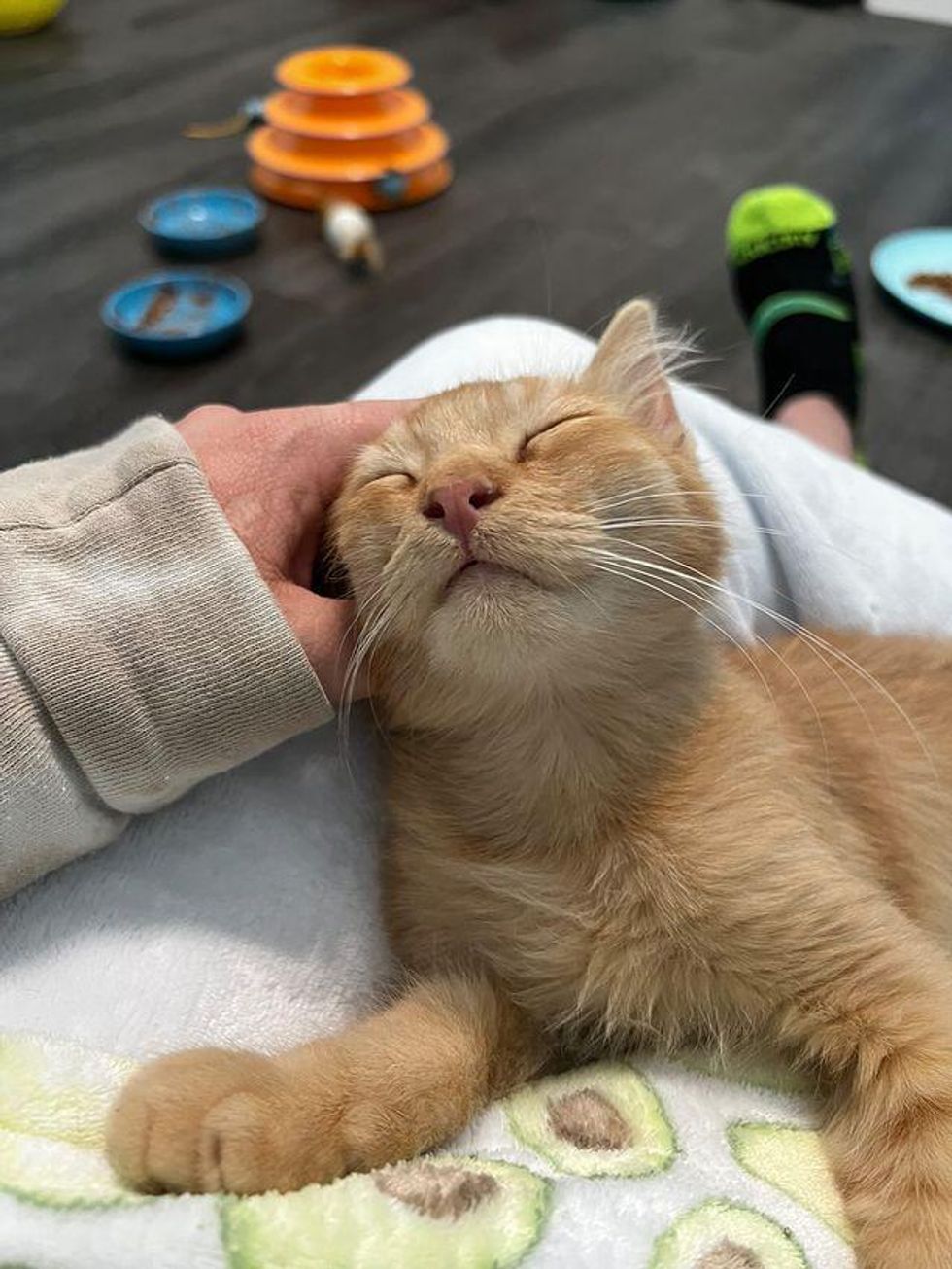 Jen, a volunteer of the rescue, took over the foster duties for the five, as they continued socialization. She was quickly greeted by the friendly orange tabby and his signature cuddles.

“He just wants love and follows me around the room while I clean, rubbing against my legs. And he’s so cute with the little babes,” Jen shared. 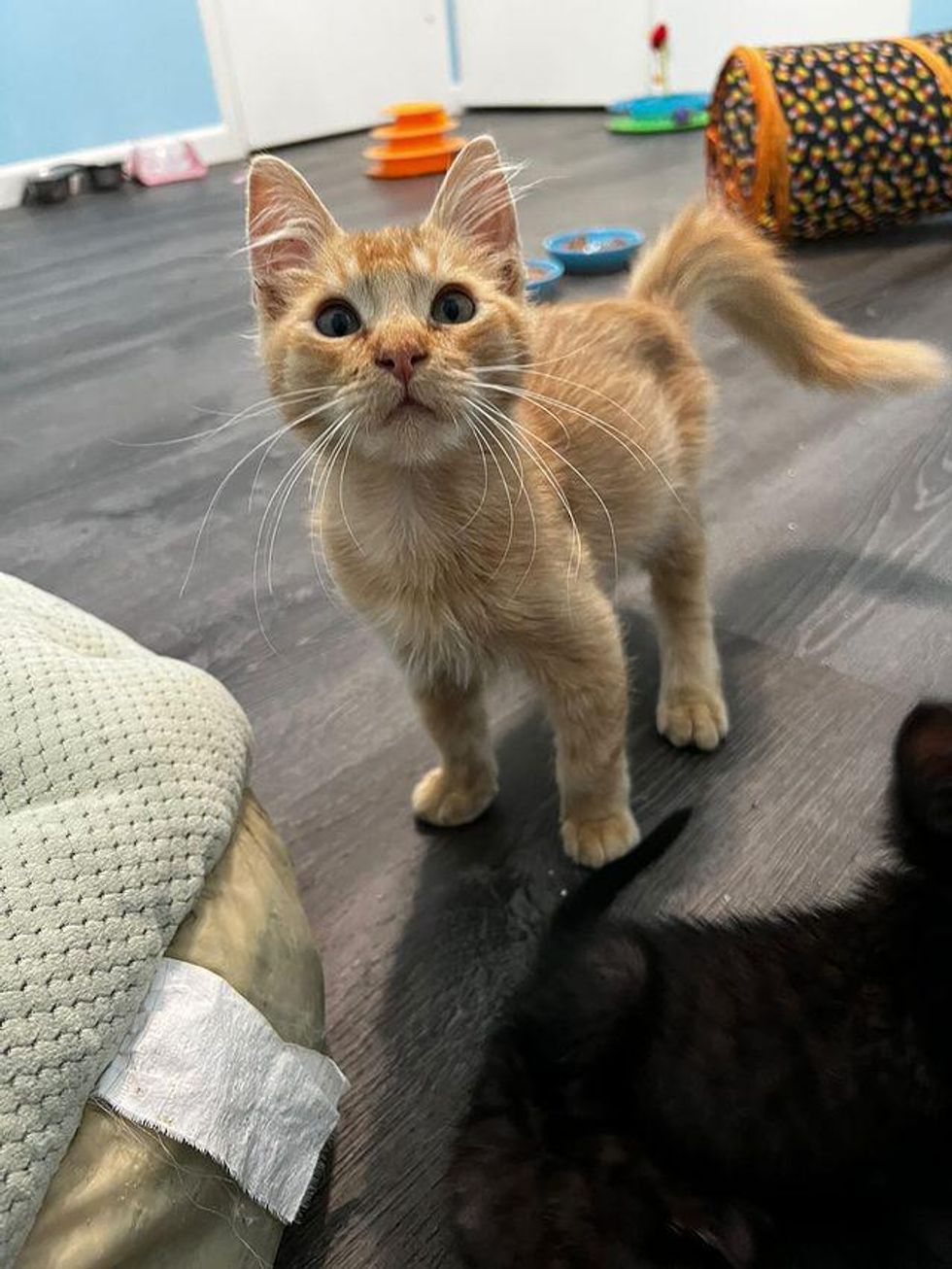 36 neighborhood cats (including the kittens’ mama) have been spayed and neutered since.

“It makes me feel like this was the house we were supposed to buy, and makes me feel like we are truly home and where we are meant to be. Because all these cats are fixed and no babies will be born to suffer,” Shelbi shared with Love Meow. 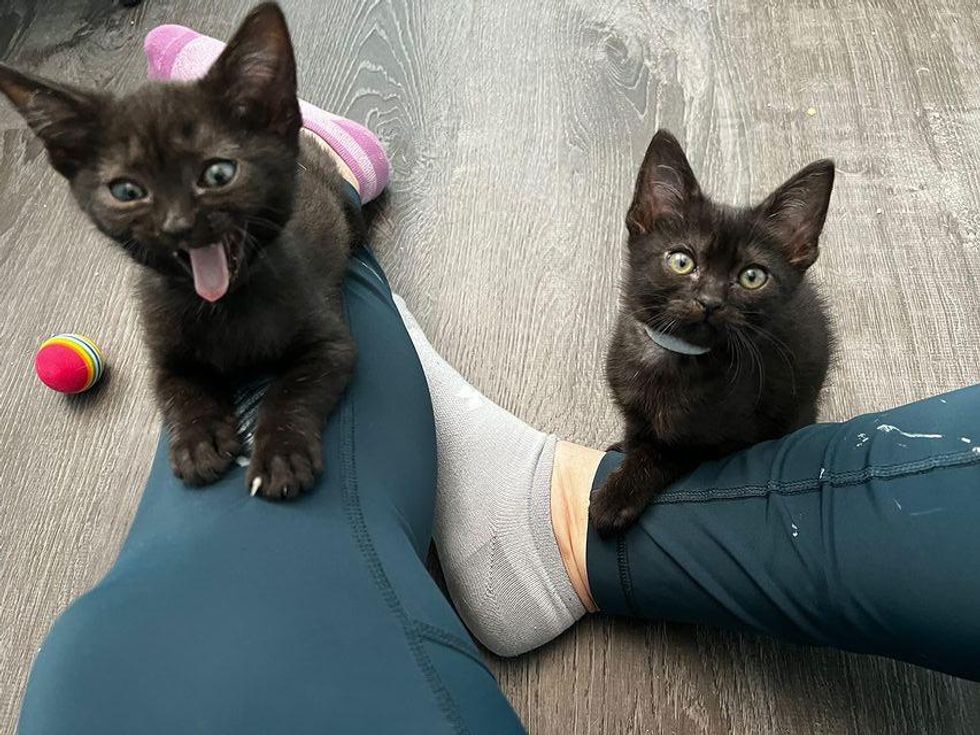 “These five are so happy to be indoor kittens. For being an older kitten in his teenage (feline) years, Red is an angel boy,” Shelbi added.

“He is so tender, gentle and happy to laze around in the foster room, and their kind, calm, happy, sweet demeanor (and their loud purrs) are them saying ‘thank you.'” 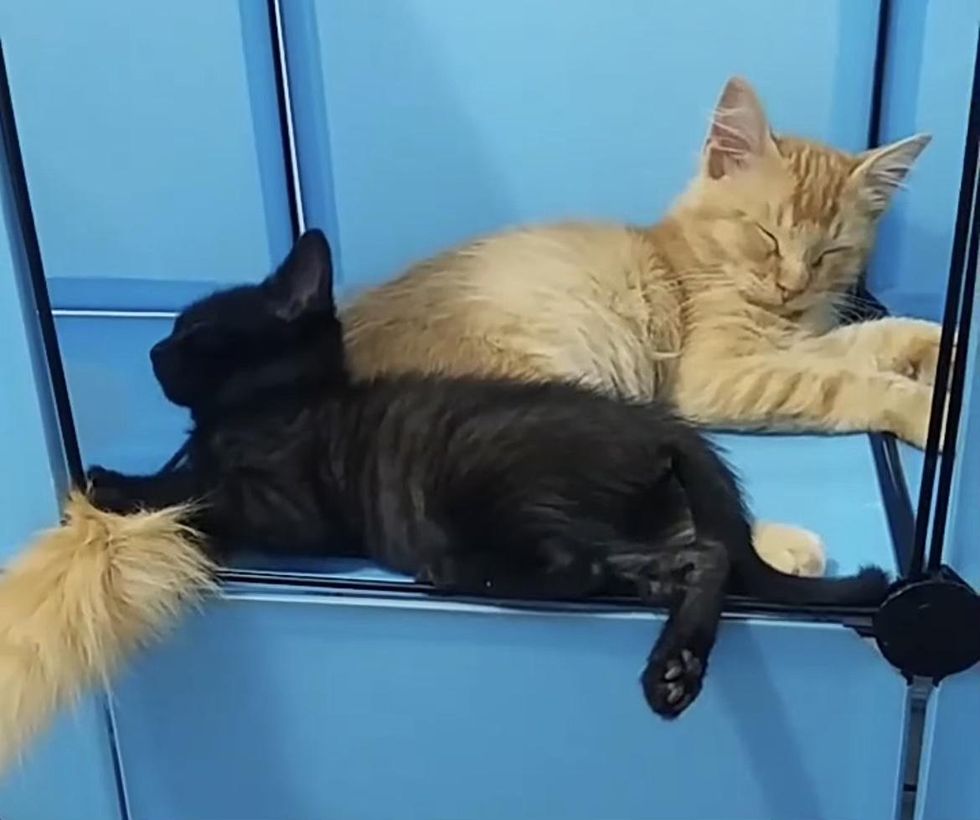 “You would think their stark age difference would pose a problem, but Red has just been so happy to hang out with his little friends. It really has been a cute, sweet unique thing to watch.” 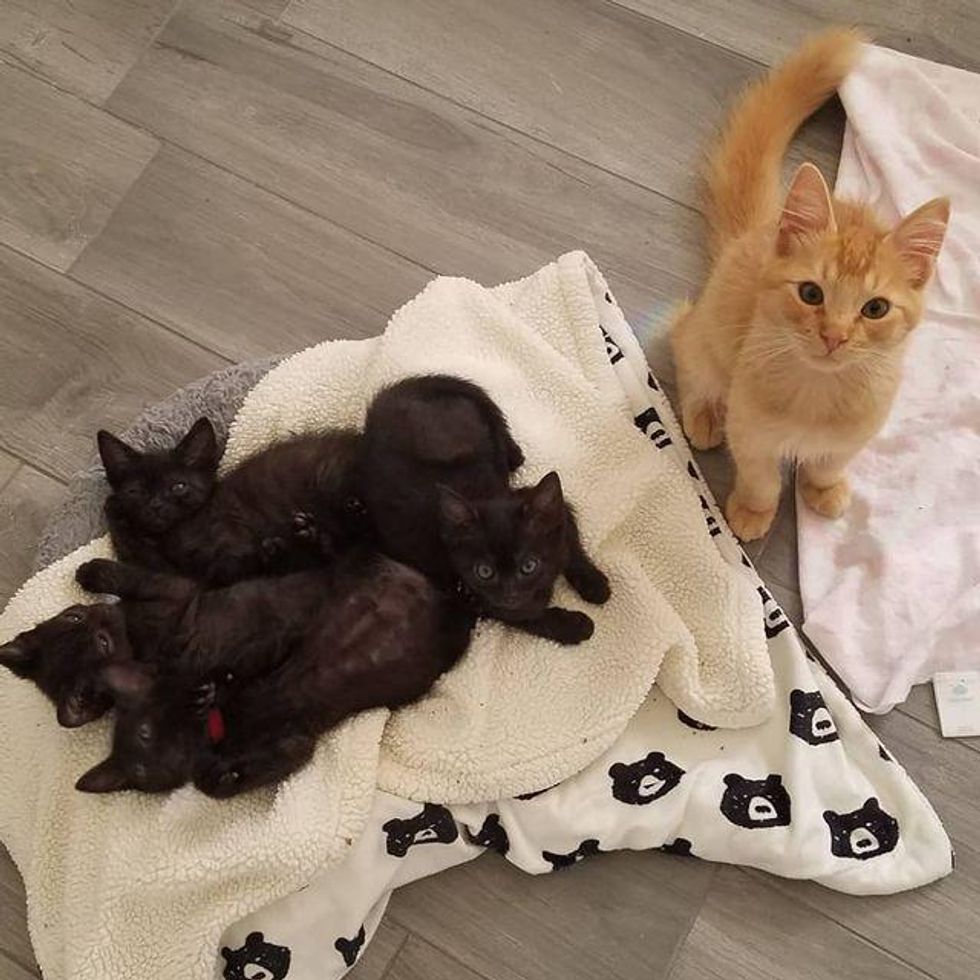