Home Cats Kitten with Cleft Lip Found Outside an Office Building and Determined to...

A kitten with a cleft lip was found outside an office building and determined to never be alone again. 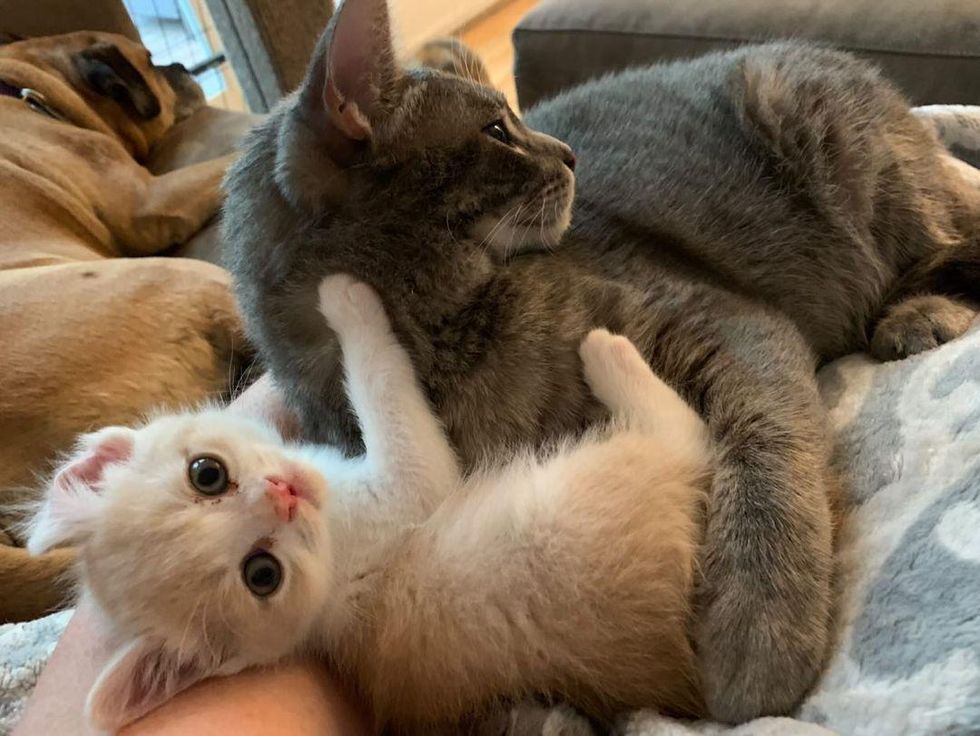 Frito the kitten and Bubblegum the catAlley Cat Rescue

Earlier this month, Alley Cat Rescue in Los Angeles was contacted about a tiny kitten found outside an office building. He was all alone without a mother in sight, hiding underneath electrical wires.

“We could see he had a cleft lip and knew he needed help. He was immediately brought to our vet and got a check-up,” Alley Cat Rescue told Love Meow.

The kitten, named Frito, was an instant cuddle-bug and just wanted to be catered to. At about eight weeks old, he only weighed around 400 grams, just half the size he should be. 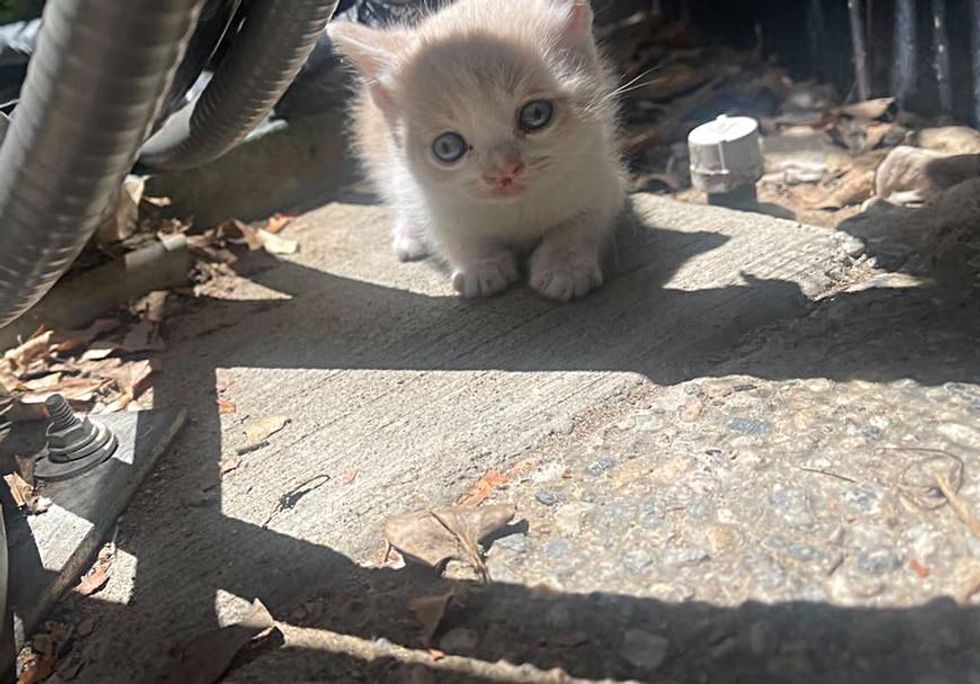 Frito was found outside an officeAlley Cat Rescue

After he was brought inside, he found himself tucked away snugly in a warm embrace under his human’s shirt. Frito was immediately enamored of his new life surrounded with people, and refused to be left alone.

With a cleft lip, Frito may need extra encouragement to help him keep up with his food intake. “He is able to eat, and loves his food, but is definitely underweight, so we are very slowly increasing feedings,” the rescue shared with Love Meow. 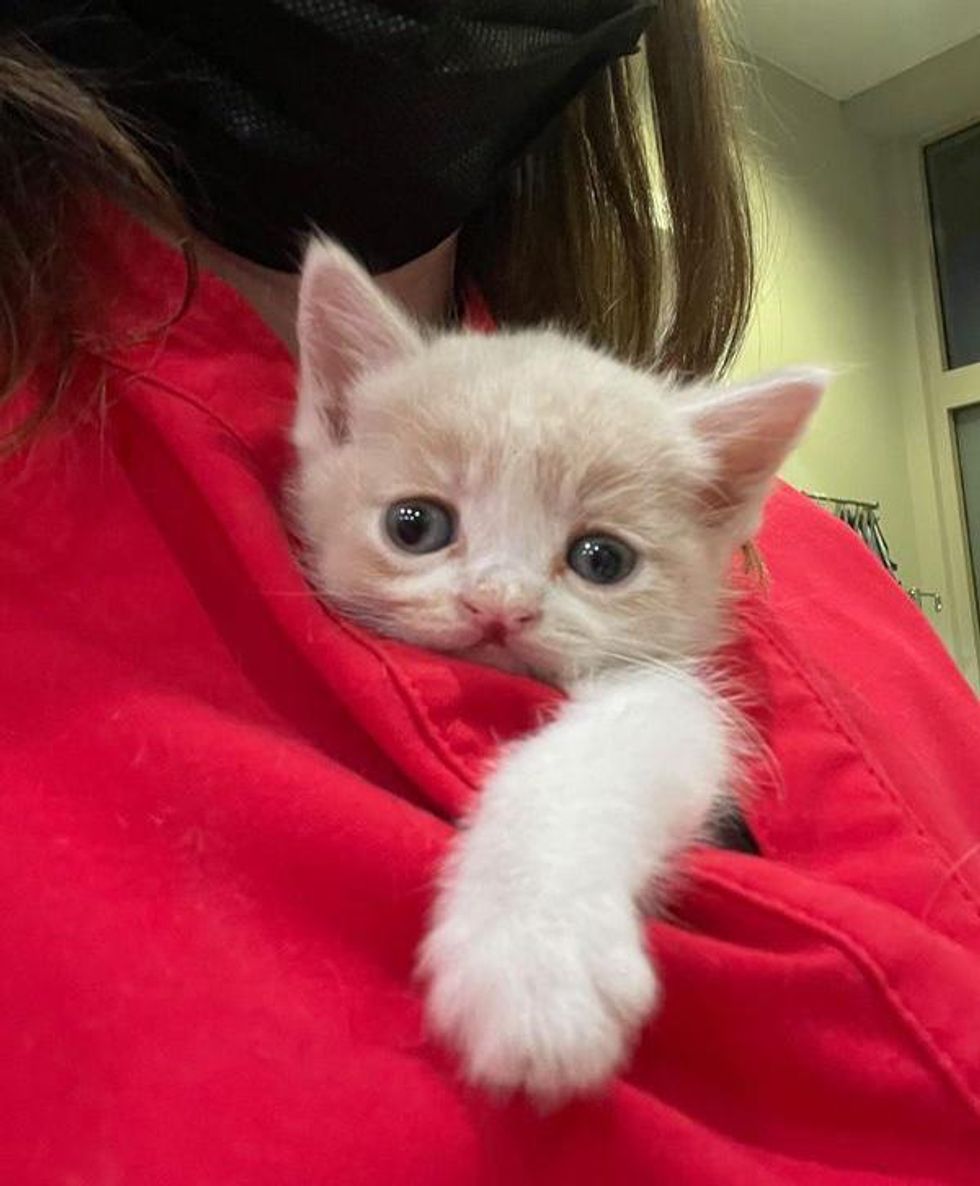 The little guy was all cleaned up and treated for fleas and parasites. After a few days of nursing and tender loving care, he was finally able to properly absorb nutrients from his food, and his appetite also improved.

Frito quickly figured out how to use a litter box, and constantly demanded attention from everyone around him. He insisted on being babied and tried to soak up all the love. 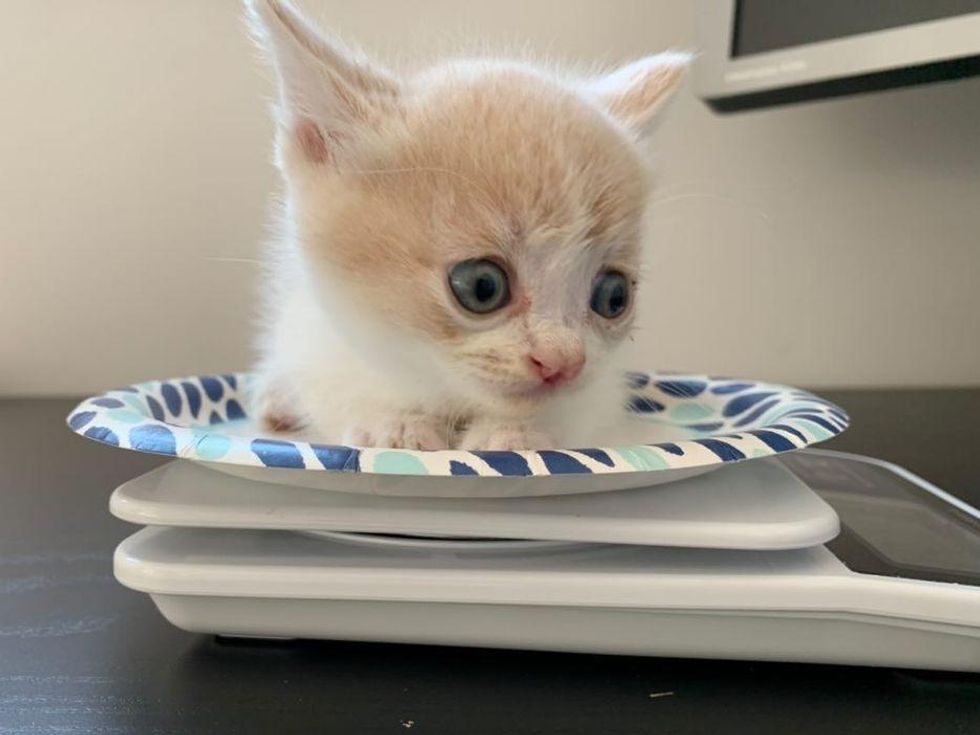 Frito was very tiny for his ageAlley Cat Rescue

Frito discovered a warm lap and decided it was his favorite spot to hang out. He would roll on his back baiting for belly rubs while trying to grab his human’s hand with all fours.

When he was ready to socialize with other resident animals, Bubblegum, a former rescue, volunteered himself to be Frito’s baby-sitter, in exchange for some kitten food. 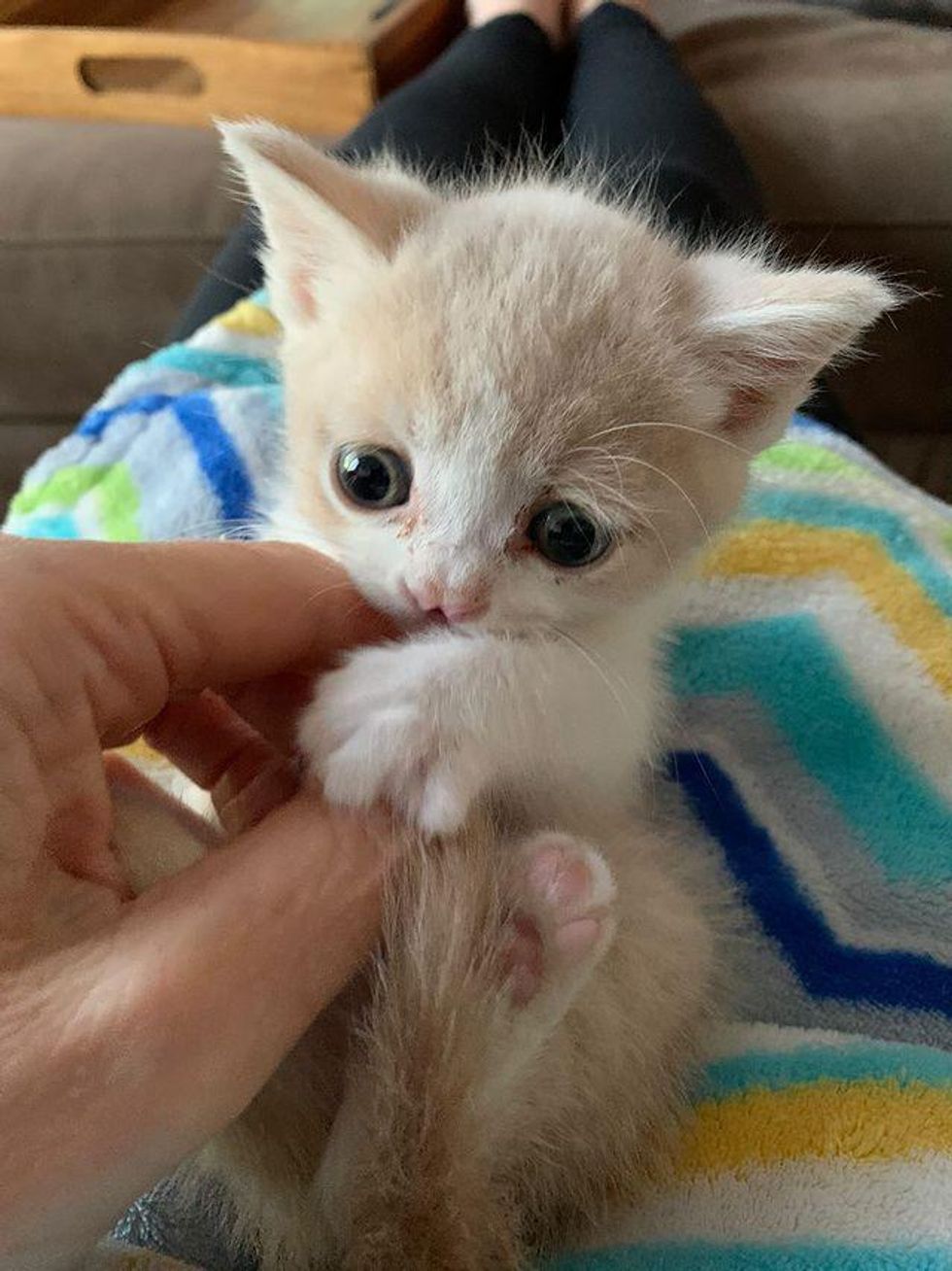 The sweet grey cat hopped into Frito’s playpen one day and waited for the little guy to make his move. Frito fearlessly sauntered up to the big fella, and they greeted each other with nose sniffs.

“It was total love at first sight for Bubblegum,” Alley Cat Rescue shared with Love Meow.

Watch Frito the kitten and Bubblegum the cat in this cute video:

Frito who was completely towered over by Bubblegum, didn’t think he was any different. After the meet-and-greet, the little ball of fluff decided it was time to roughhouse with the big kitty.

The pint-sized kitten attempted to pounce on Bubblegum, ginning him up for a wrestling match. He wouldn’t take no for an answer. 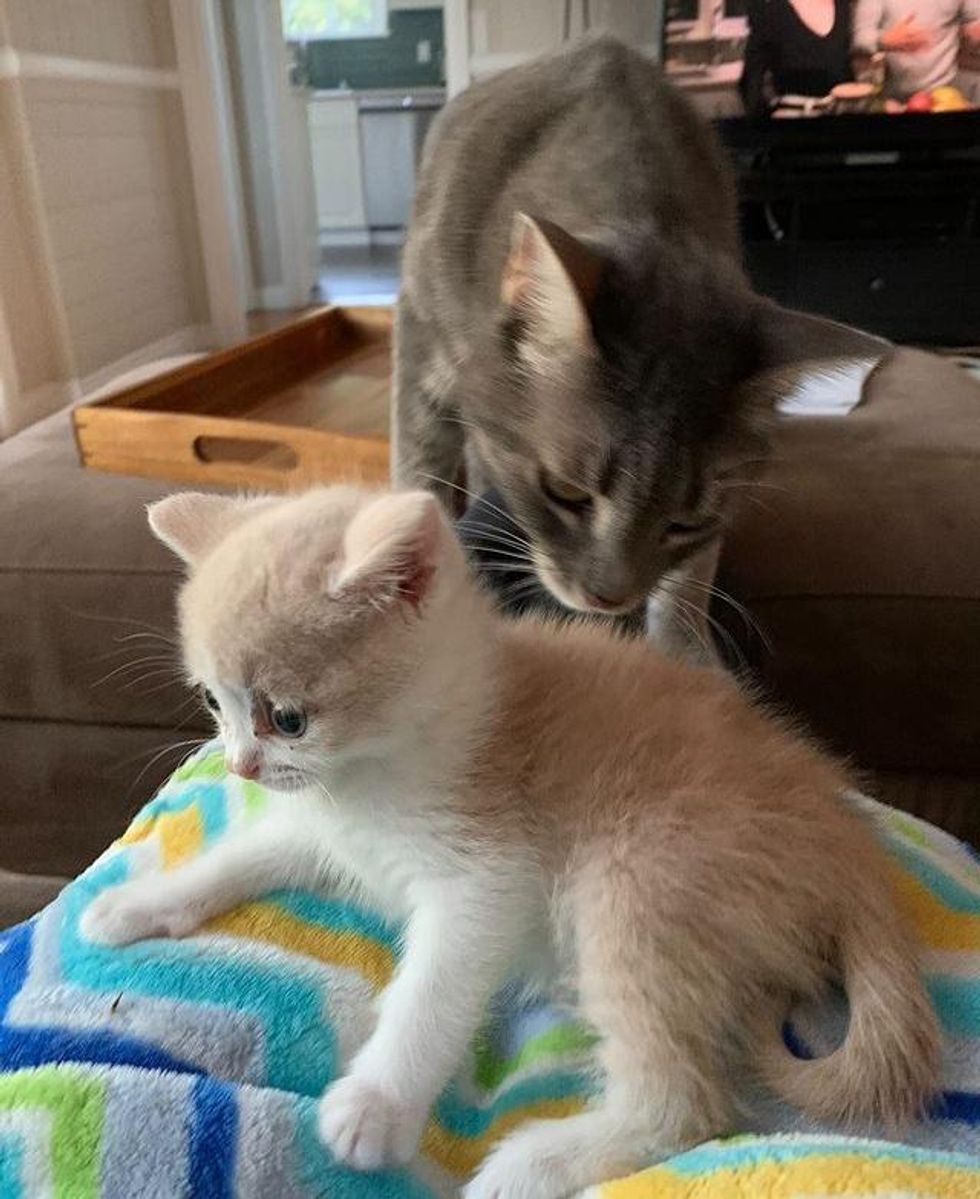 Bubblegum put up with all his antics and let the little guy exercise his prowess on him, while he walked around his playpen to sneak a snack.

He patiently waited for the kitten to settle down, so he could wrap his arms around him for a nice cuddle session on the couch. 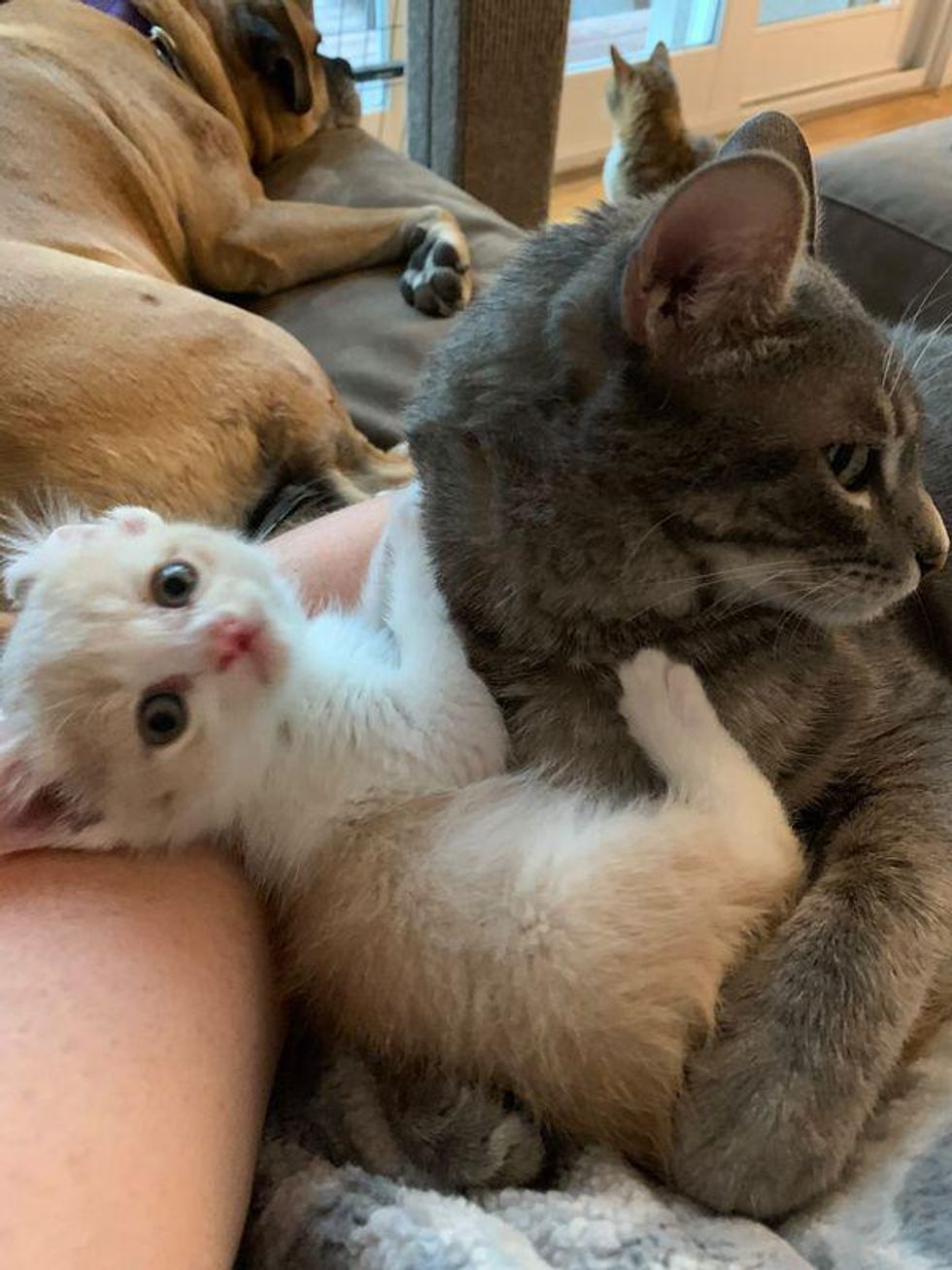 Frito may be tiny, but he has a personality that is larger than life. Soon, he will be joining other foster kittens in the rescue, so he can play-fight with cats his age and run around with them with his unbridled energy. 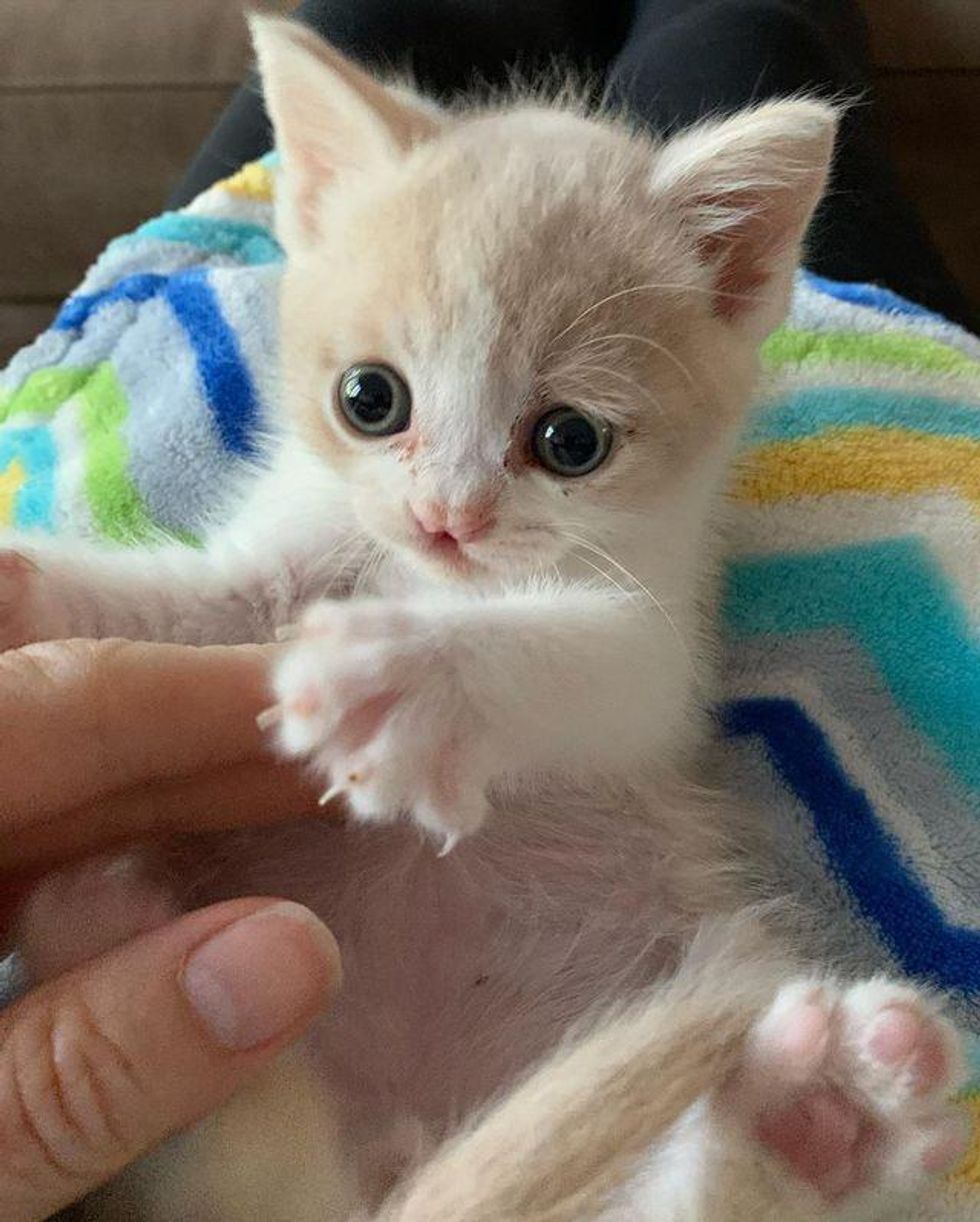 After a rough start to life, Frito is thriving with great care and plenty of cuddles to go around. Not only has he found a safe place to grow up in, but also friends to keep him company and make sure that he’s loved. 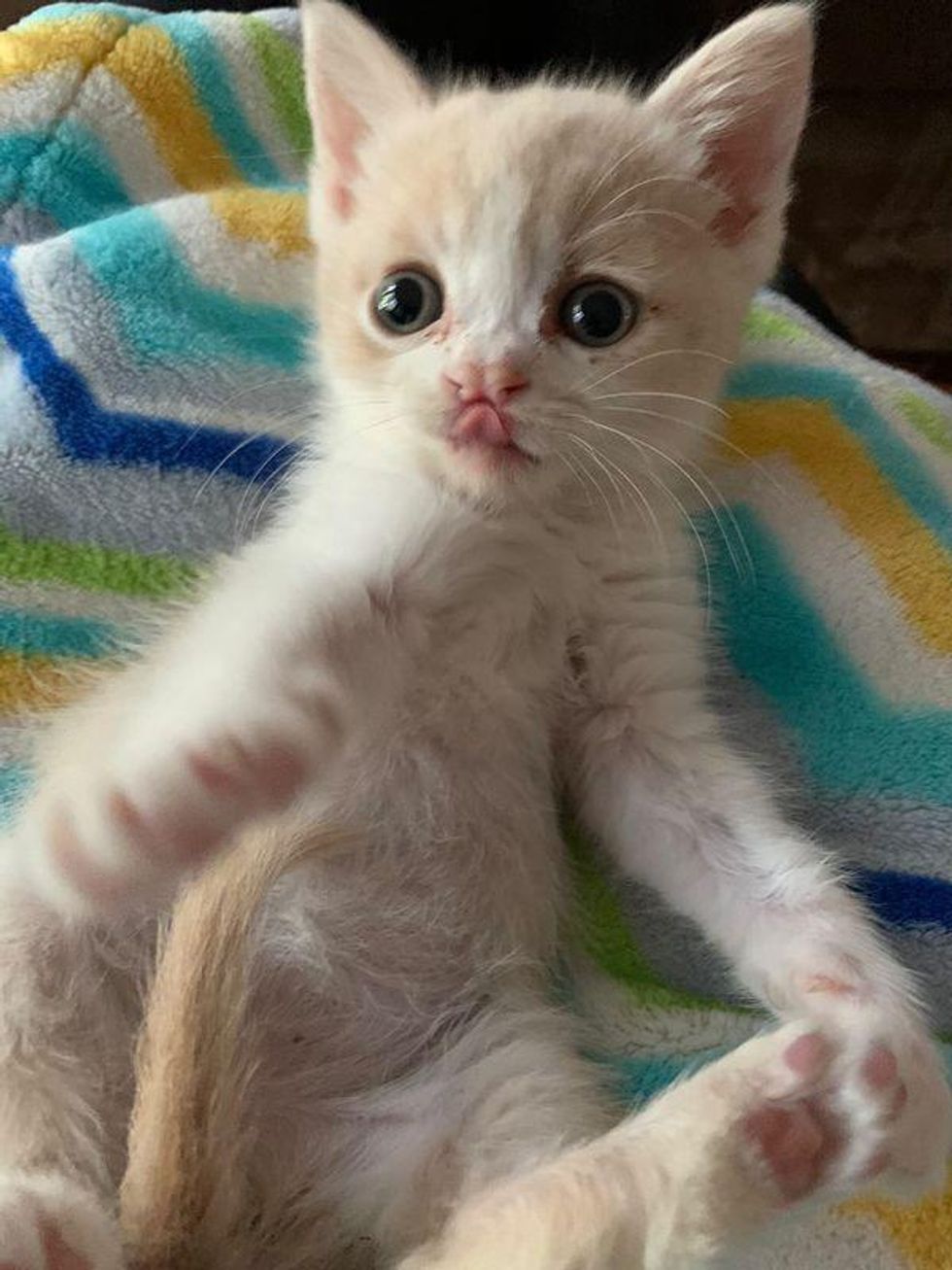 Related story: Kitten Runs Up to Man and Jumps in His Arms When He Finds Her Under a Car