Home Cats Kitten Who Ended Up in a Yard, is Now Under the Wing...

A kitten who ended up in a yard, is now under the wing of a cat who came from an abandoned building. 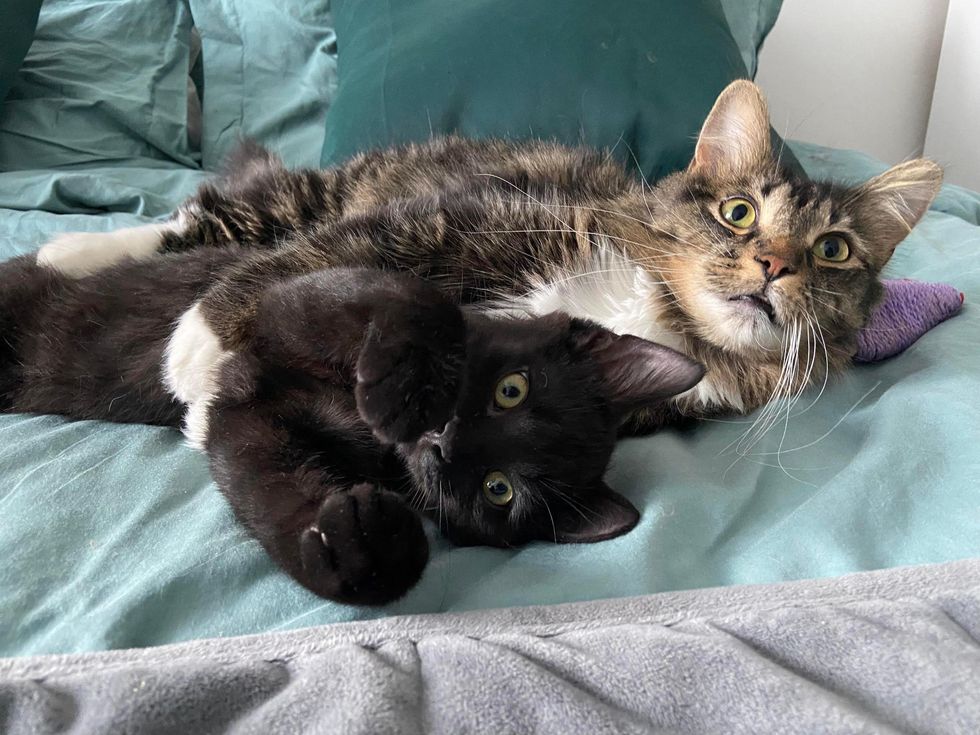 Luxx the kitten and Oscar the catChatons Orphelins Montréal

A few months ago, a family from Canada spotted an orphaned kitten meowing loudly in their yard.

There was no sign of a mother cat or other kittens, and the little ball of fluff was very hungry, scrounging around for something to fill his belly. The family couldn’t leave the kitten out to fend for himself. They scooped him up and contacted their local cat rescue, Chatons Orphelins Montréal, for help.

“They got the kitten to safety and brought him to us in Montreal. We immediately placed him with a bottle fosterer, so he could be cared for around the clock,” Celine Crom of Chatons Orphelins Montréal told Love Meow. 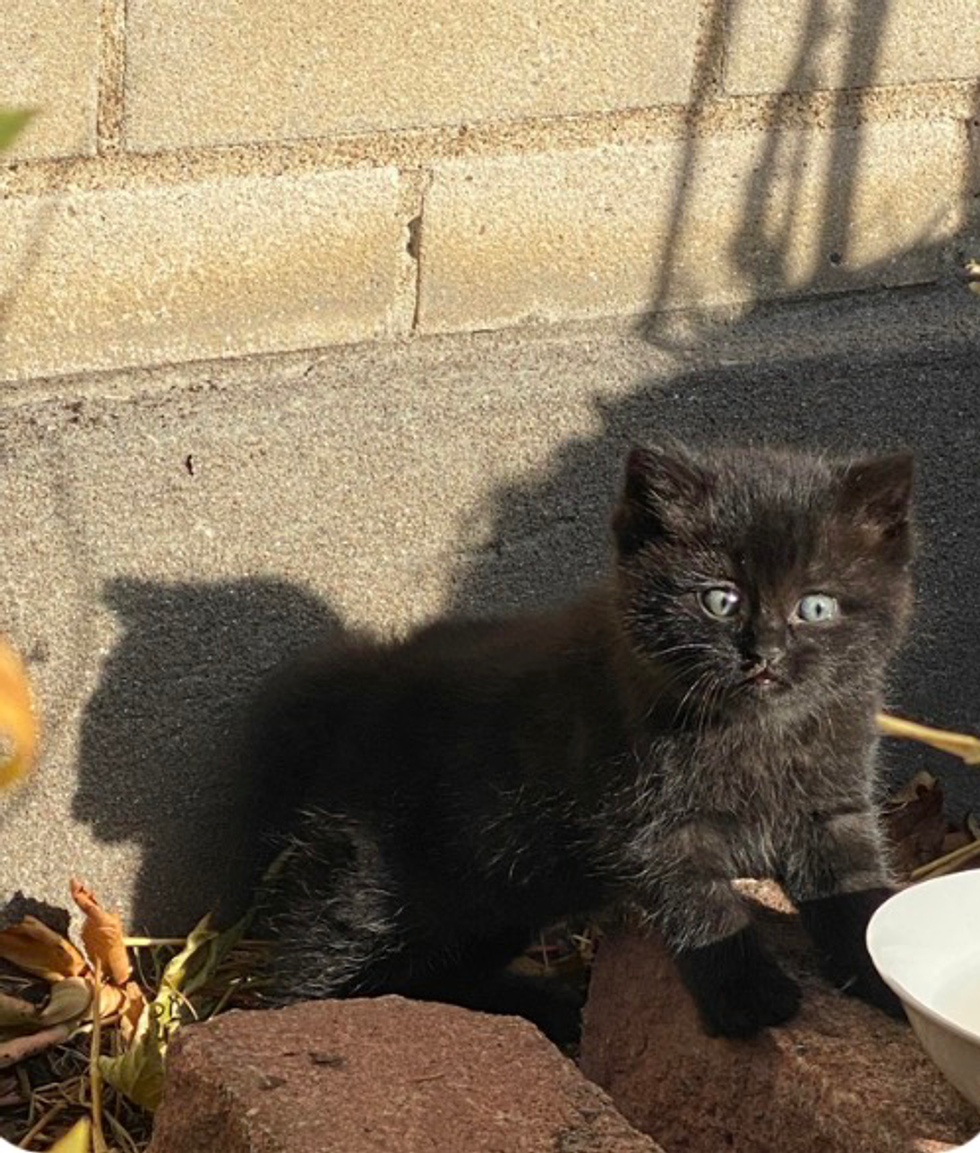 The kitten whom they named Luxx, was very shy and just skin and bones. He started to put on weight with daily feedings and a warm nest to catch up on lost sleep.

Luxx was eager for motherly love and cried constantly when he was alone. When the kitten was healthy and weaned, he was introduced to other cats for socialization. One of them, a sweet tabby, took him in with open paws. 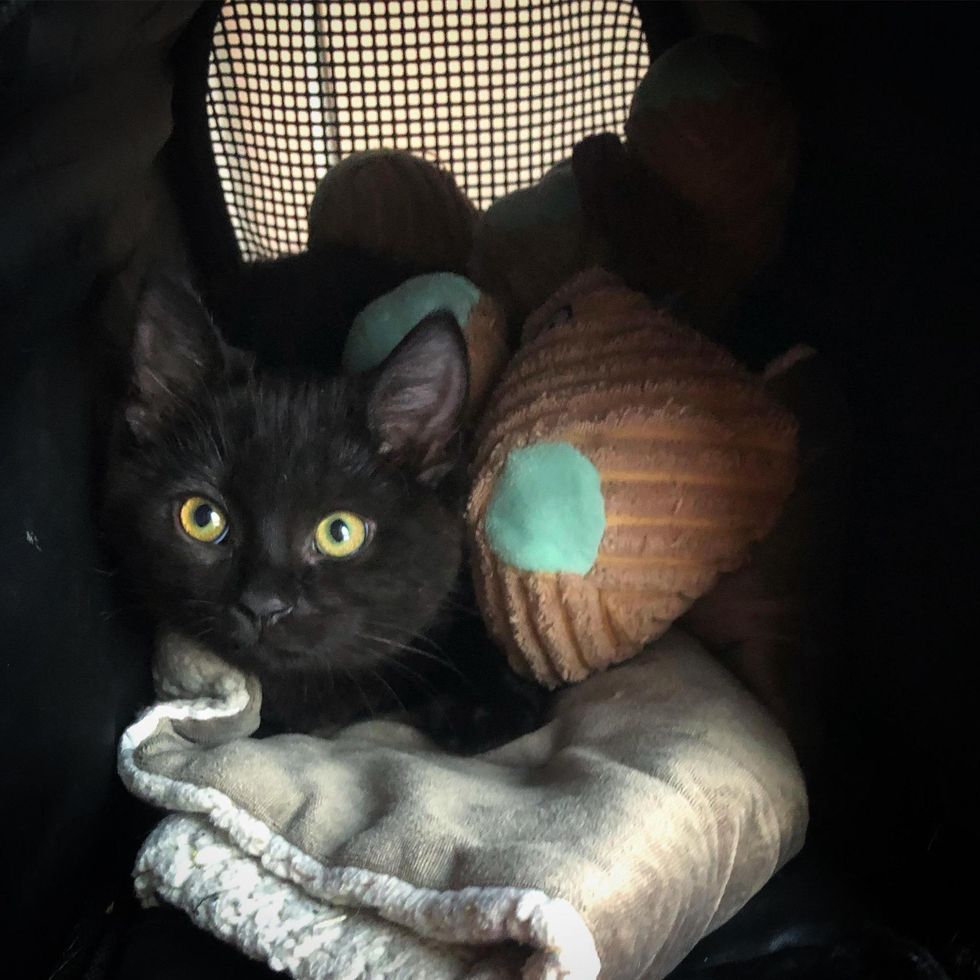 Around the time when Luxx was rescued, Chatons Orphelins Montréal took in a 2-year-old long-haired tabby cat named Oscar.

“Oscar was found in an abandoned building. He had been wandering around the neighborhood for food and shelter, for some time. We believe he once lived there with a family before he was left behind,” Celine shared. 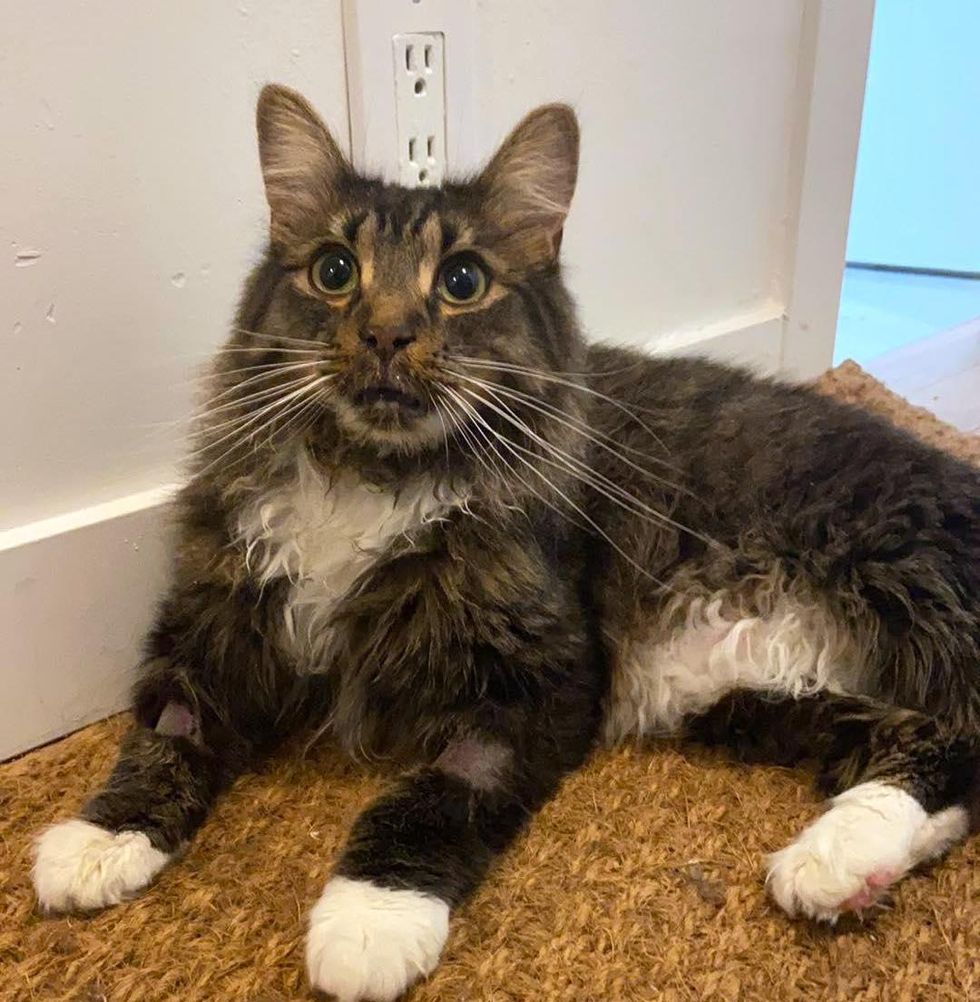 Oscar was brought to the rescue in poor shape. With medical treatment and painstaking care, he was well enough to eat on his own again. The sweet tabby continued to make strides and has fully recovered since.

Oscar adores people and is very nurturing to kittens in need. When Luxx joined him in their foster home, he seemed to know just what the kitten needed. 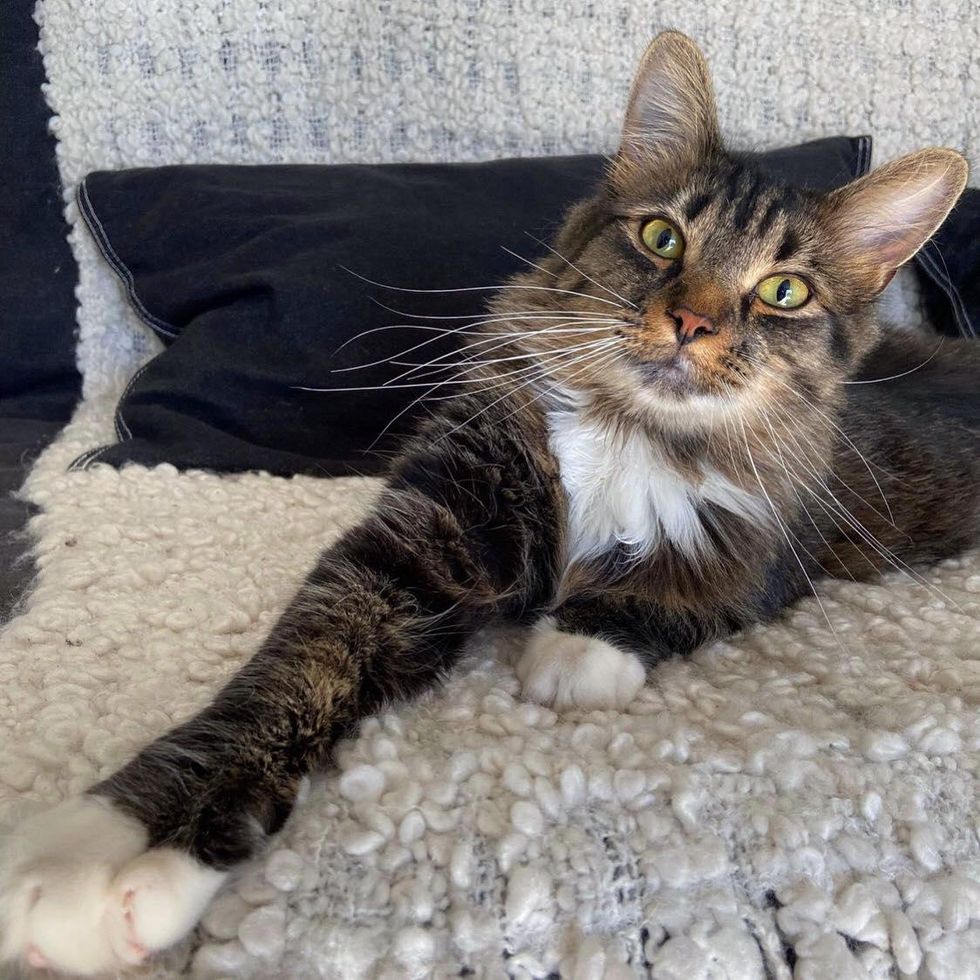 “Luxx likes having other cats around him and wants to be friends with everyone,” Celine shared with Love Meow.

When Luxx and Oscar met, it was as if they had always been friends. The tabby cat took the kitten under his wing, and the two started cuddling. 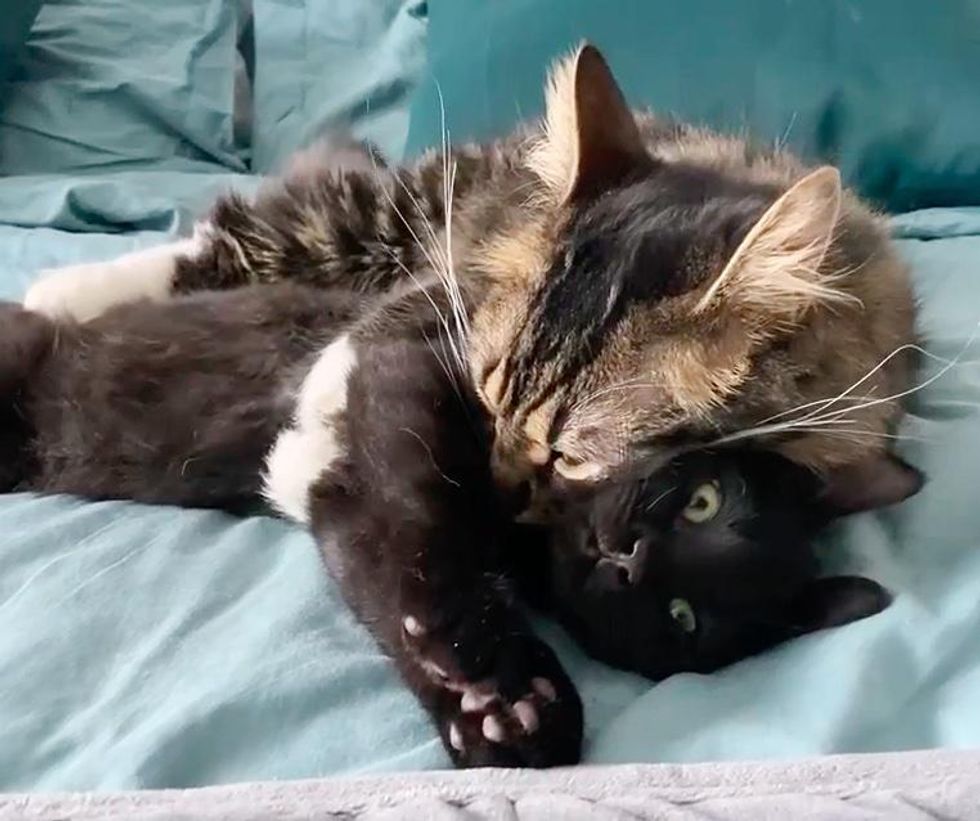 When the two buddies met, it was love at first sightChatons Orphelins Montréal

Oscar quickly took the role of a cat parent—he began giving Luxx mandatory baths, wrapping his arms around him, and made sure the kitten was never alone.

Oscar shows Luxx the ropes around the house and teaches him to be brave. The kitten has figured out how to climb the cat tree and demand attention from his people by following in Oscar’s paw-steps. 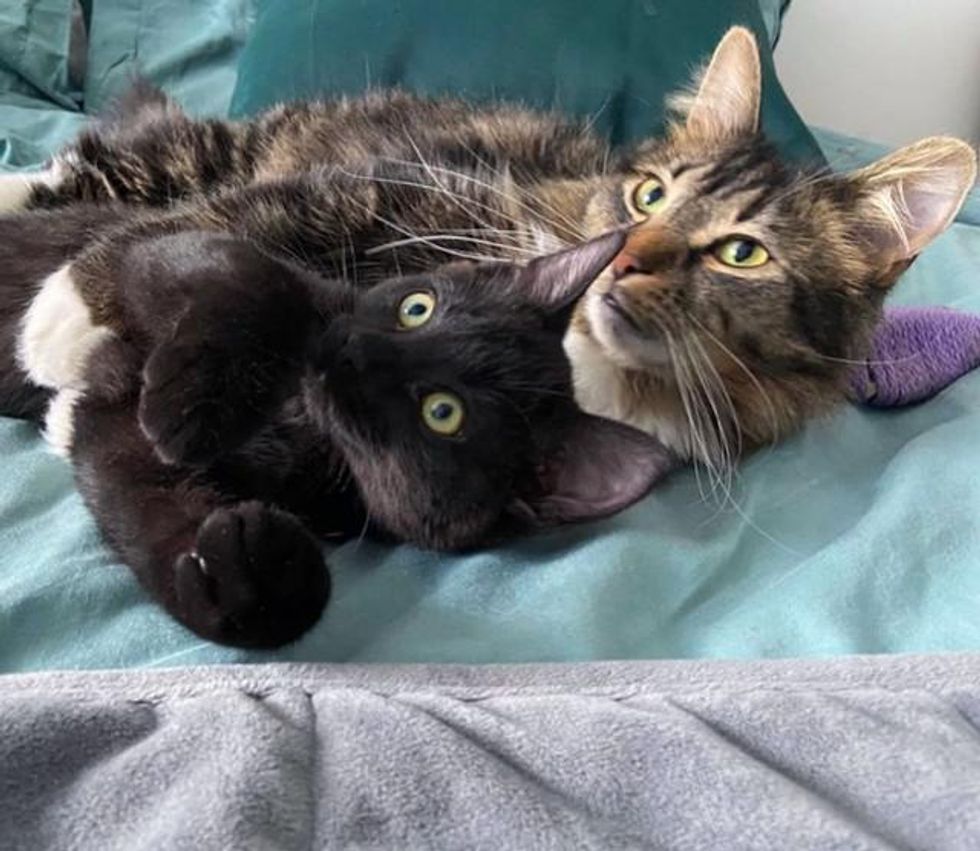 “Luxx (now four months old) gets along very well with Oscar (now three years old). They are a beautiful duo and the perfect pair to be adopted together,” Celine shared with Love Meow. 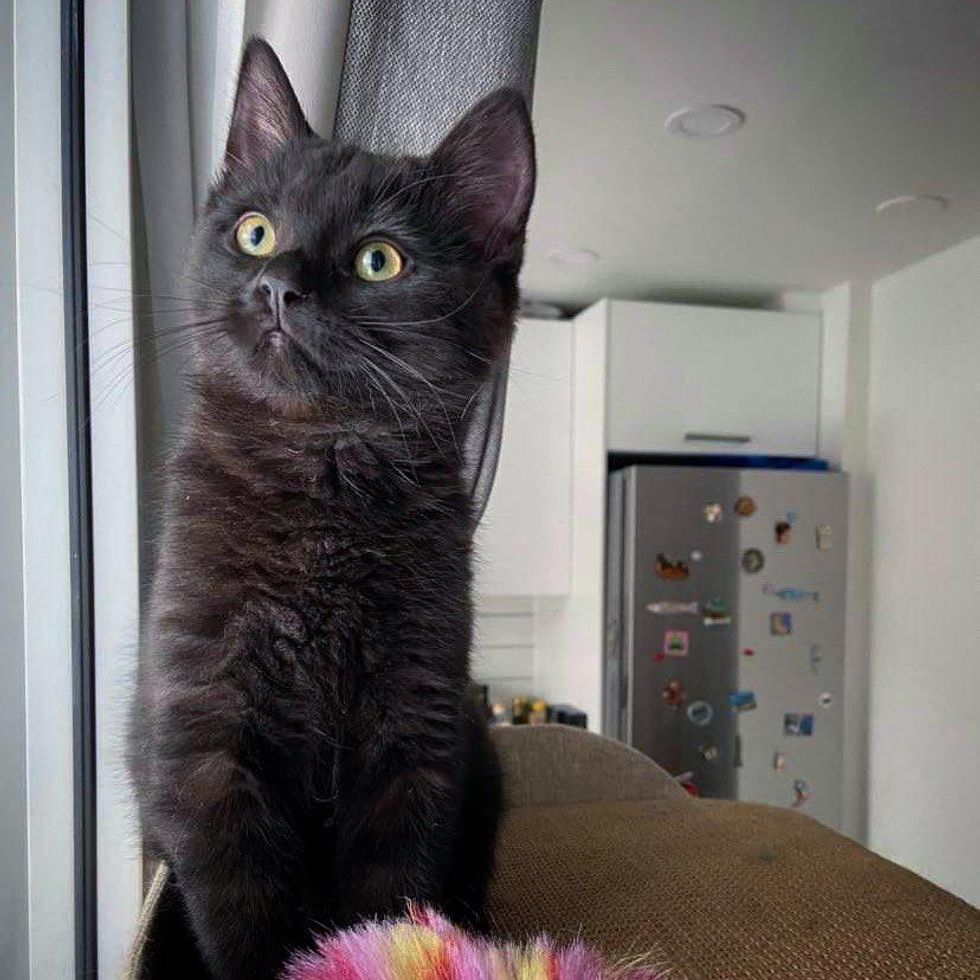 The two best friends are loving their VIP life as indoor kitties, and hope someday they will find their dream home together. 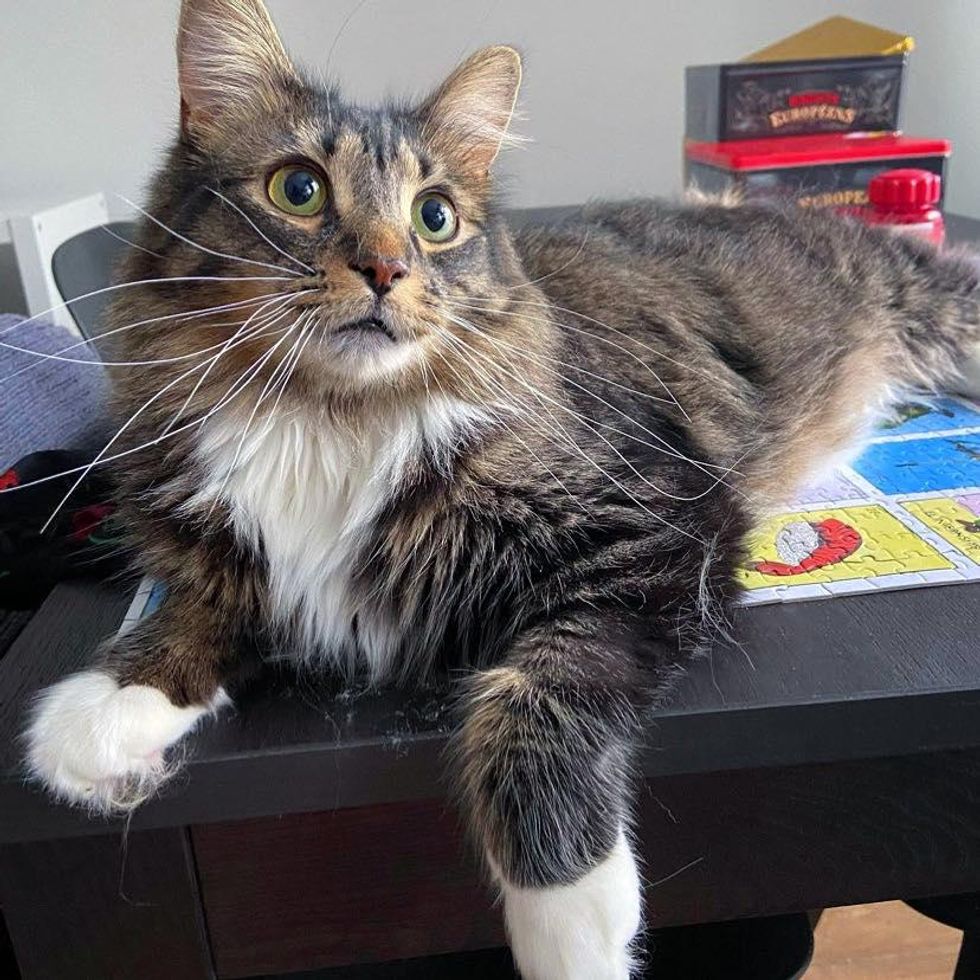 Oscar is full of love and purrsChatons Orphelins Montréal

Related story: Kitten with Unusual Coat is Taken in By Cat Family After Being Found on Sidewalk