Home Cats Kitten Longing for a Friend Until Another Cat Shows Up One Day,...

A kitten was longing for a friend until another cat showed up one day, showering him with hugs. 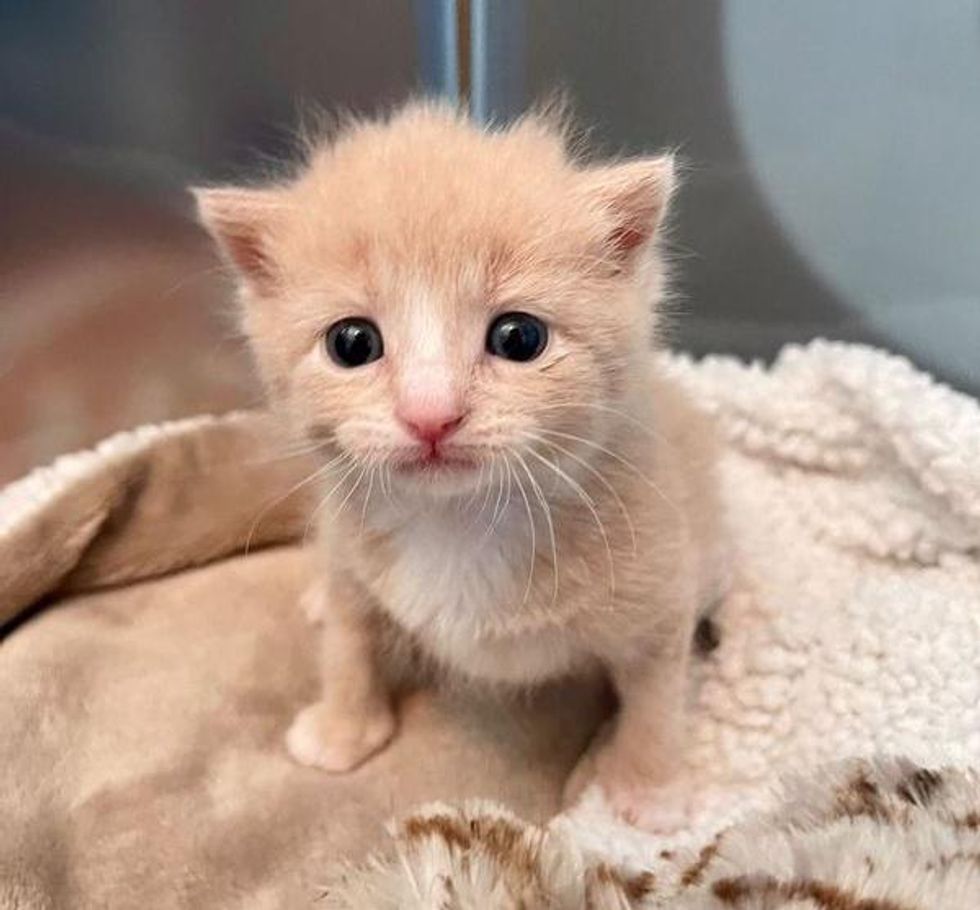 Last month, Sara Sharp, the founder of Community Cat Club (in South New Jersey), was informed about a litter of kittens needing critical care. “Their mom was too sick and wasn’t producing enough milk to care for them,” Sara shared with Love Meow.

Despite their best efforts to save them all, the buff tabby kitten became the sole survivor of the litter. He was strong-willed from the start and showed incredible strength in such a tiny body.

With tube-feedings, round-the-clock care, and plenty of TLC, things began to look up for the little guy. 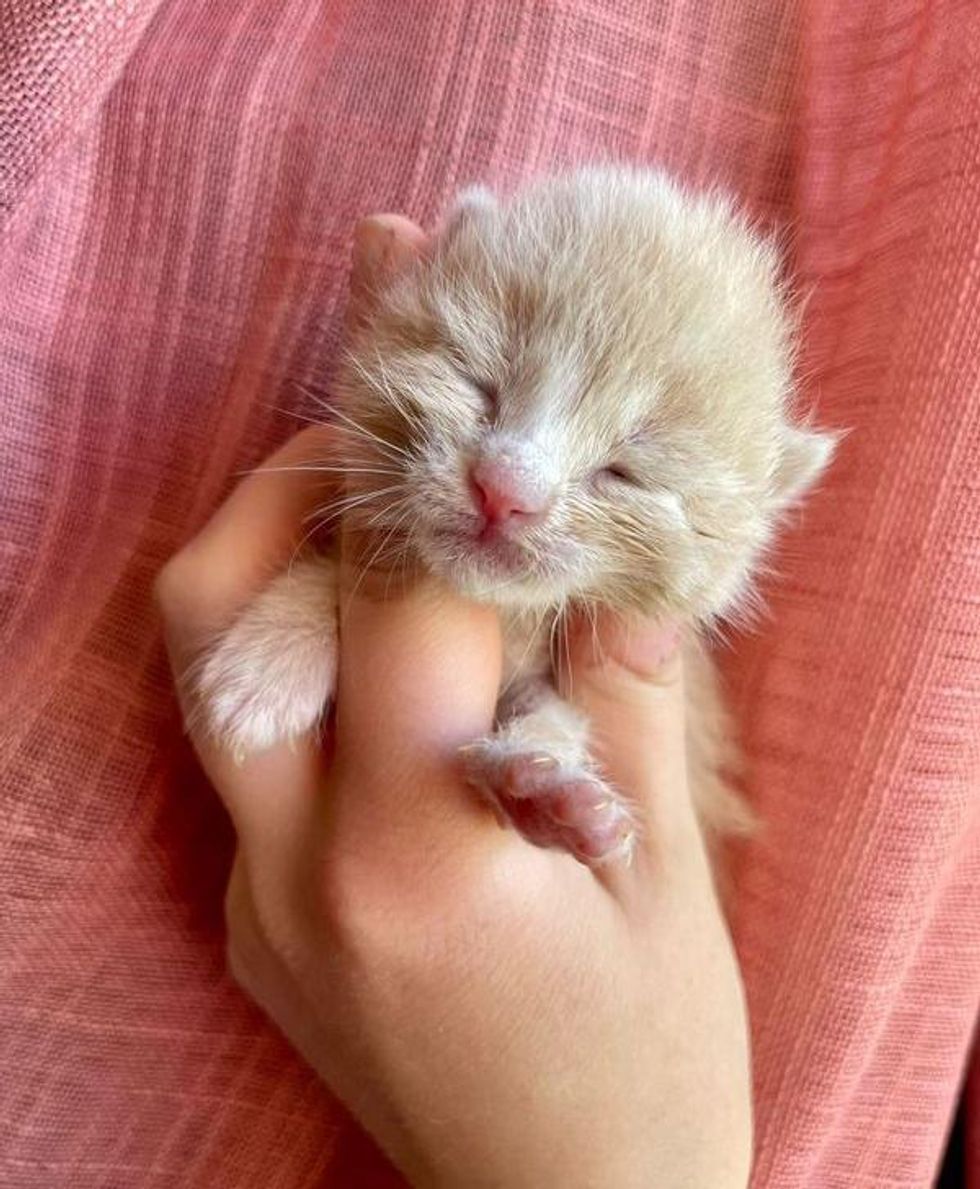 “Once we were two weeks in, I knew he’d be okay. He was one of the smallest at first, so I was worried, but then he started thriving,” Sara told Love Meow.

The kitten, named Christian Bale, continued to make strides over the next few days. As he started to figure out his legs and became more active, Sara upgraded his nest into a spacious kitten suite. 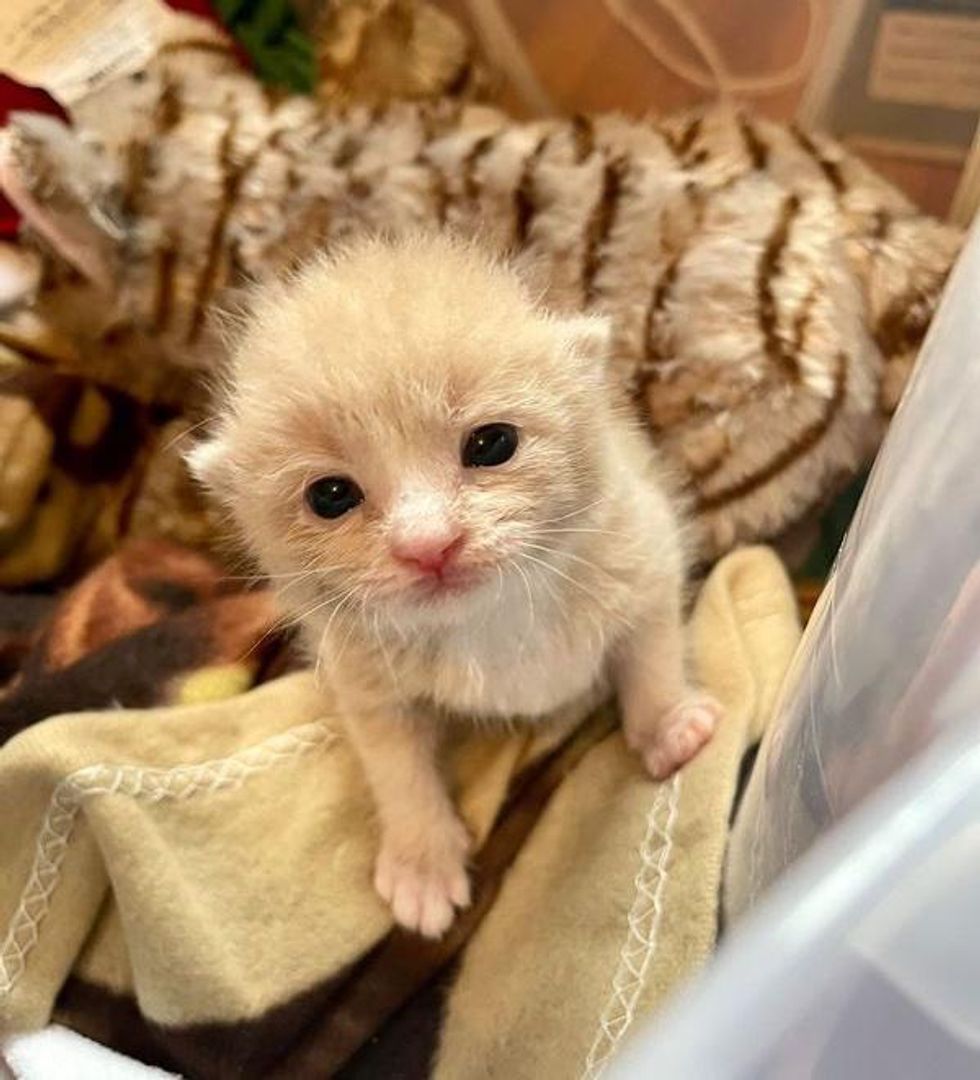 With round-the-clock care, he began to thriveSara Sharp

Christian was pleased with the extra space to explore and soft things to knead on, but what he wanted the most was a friend.

“He’s always been the sweetest little dude. He’s super chill but as soon as he hears my voice, he jumps up and just wants to be held.” 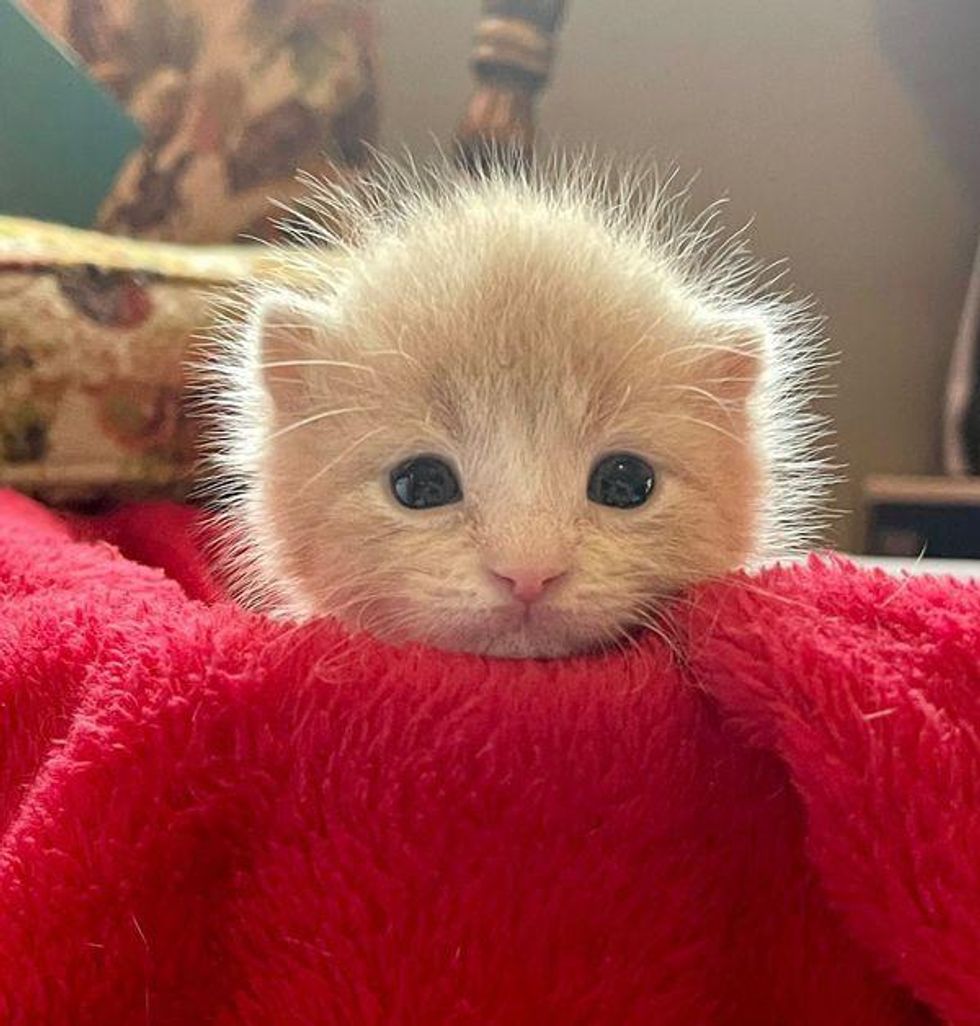 Knowing how much having a feline friend benefits a kitten’s emotional and behavioral development, Sara began a search for a buddy for Christian.

She reached out to her rescue community to see if anyone needed placement for a single kitten around three weeks old. That night, she was contacted about a little tuxedo who had just been brought in and was desperately lonely. 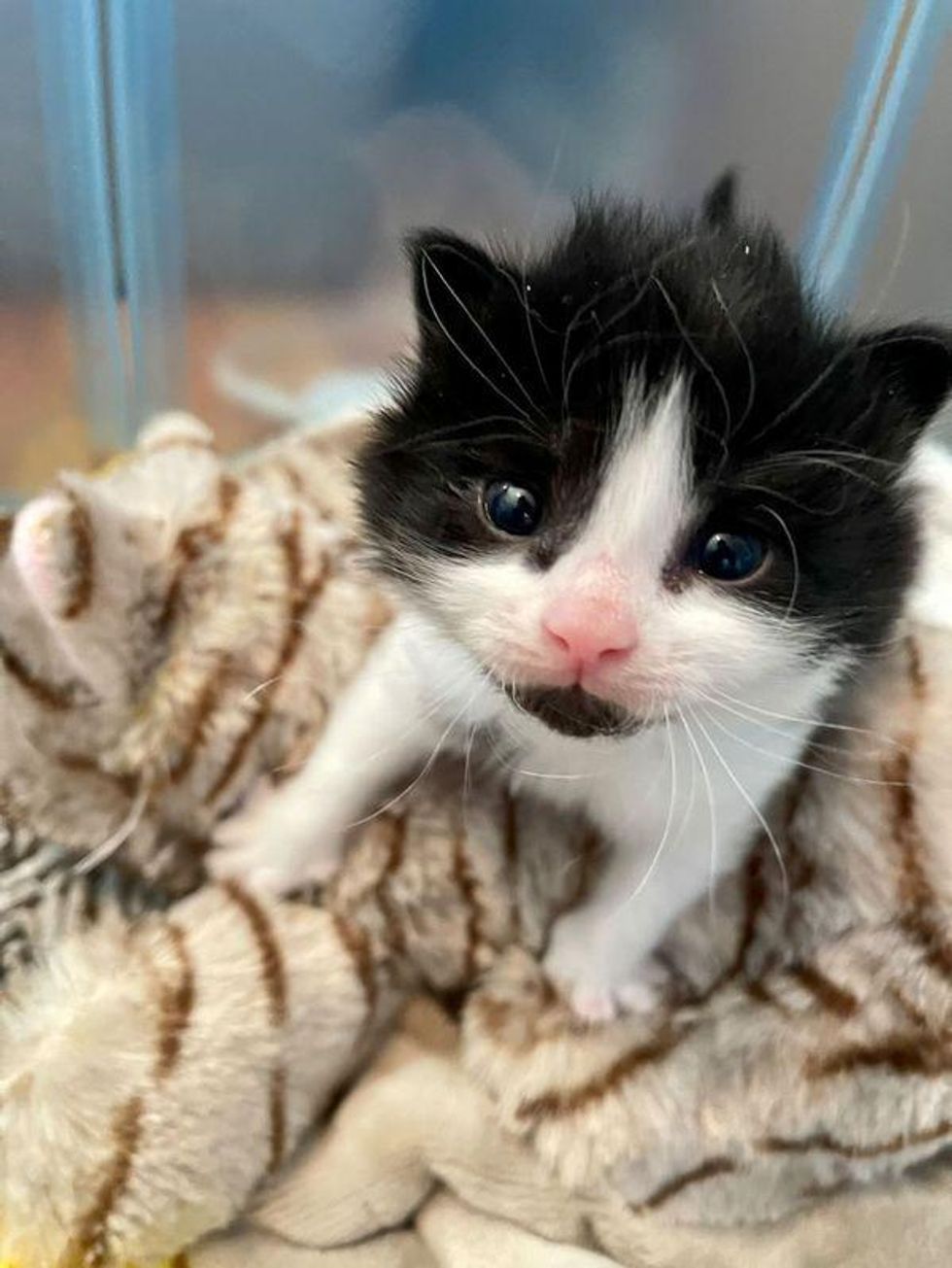 The new kitten, named Heath, was very vocal and adamant about having a constant companion. He would scream for attention and wouldn’t take no for an answer.

When the two kittens were medically clear to meet, Heath made a beeline to his new friend and melted right into him. He immediately clung to Christian for a long, intense hug, as if to make up for lost snuggles. 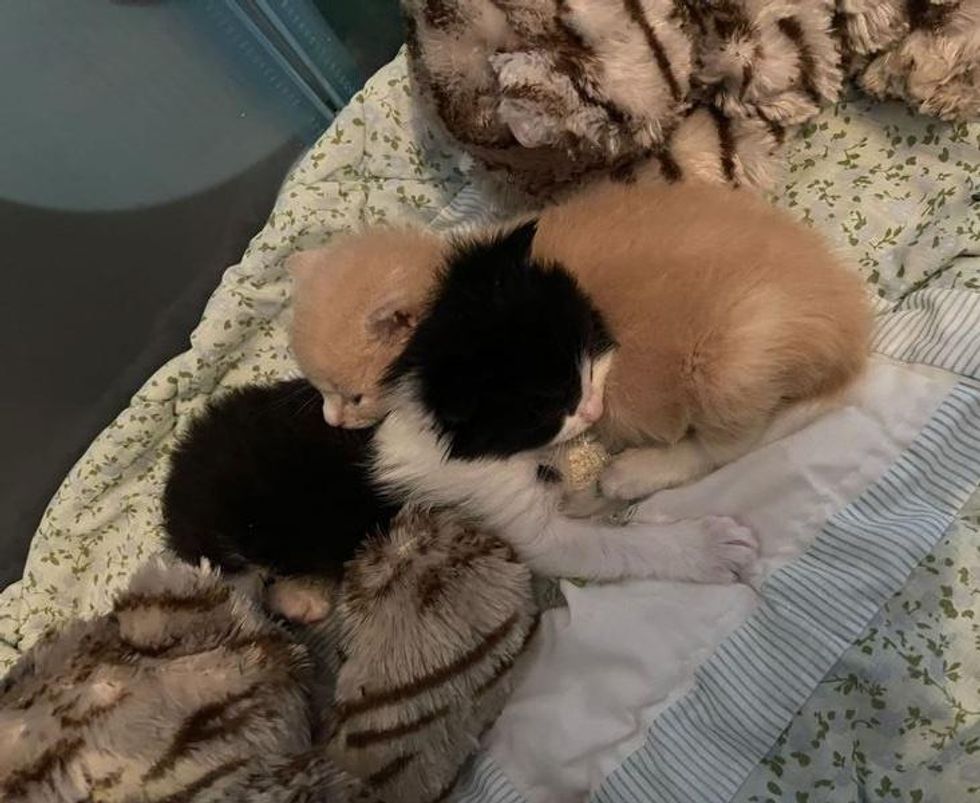 “Heath was so lonely, so he was very happy to get a friend,” Sara shared with Love Meow.

Since then, the two buddies have been inseparable. Heath follows his brother from another mother around the playpen, and refuses to ever be alone again. 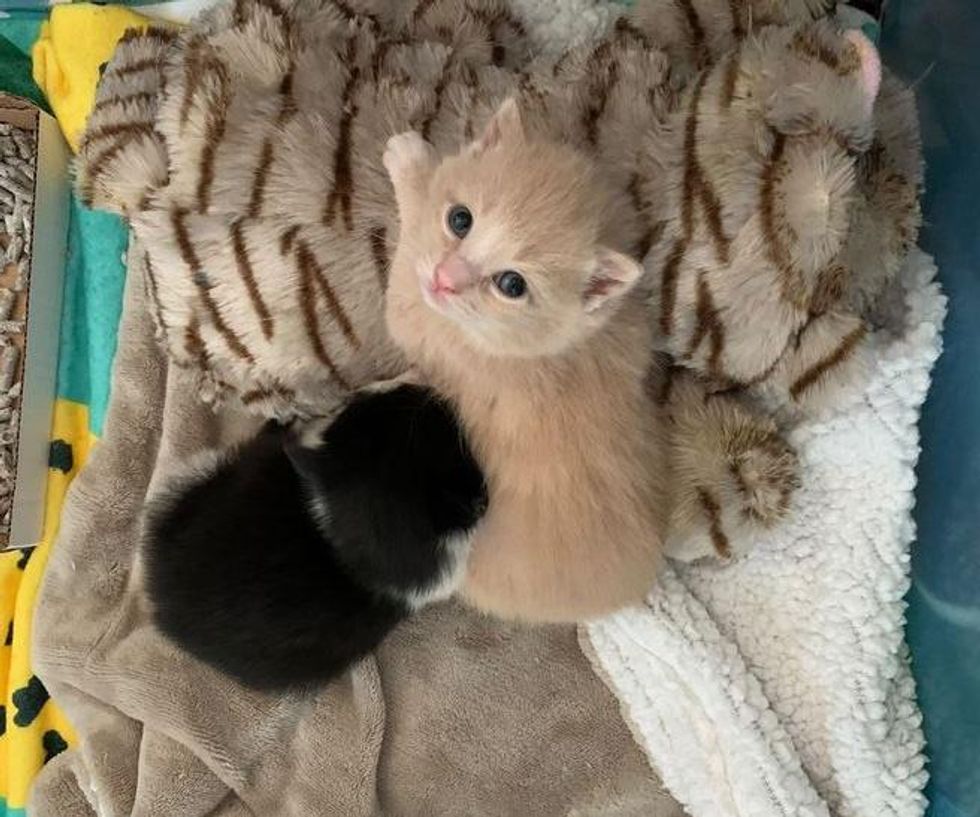 Heath is very clingy to his brother from another motherSara Sharp

Christian doesn’t mind the constant cuddles and is so glad to finally have a friend to roughhouse with. His inquisitive and playful energy rubs off on Heath.

They do everything together and are helping each other reach their milestones. 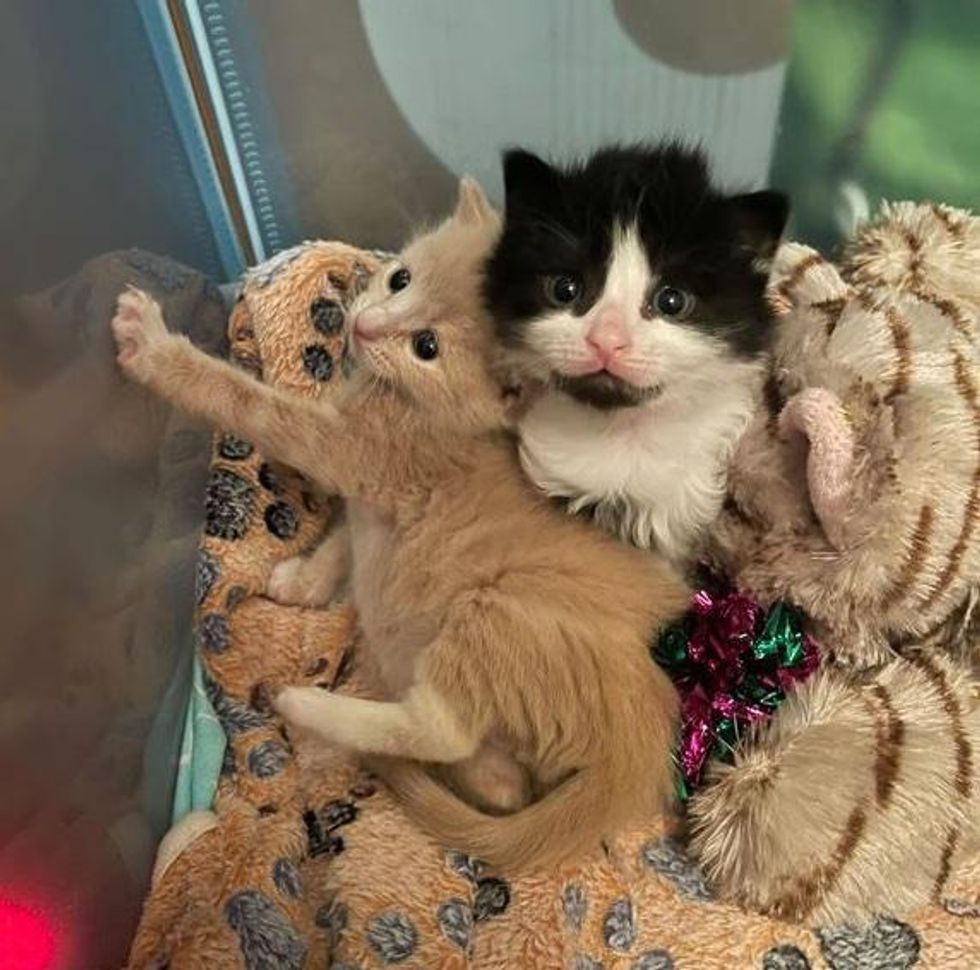 They are always together like two peas in a podSara Sharp

At around five weeks old, the two are starting to learn to eat on their own. They even share a bowl together.

Christian eats like a little gentleman while Heath dives right in with both his face and paws. 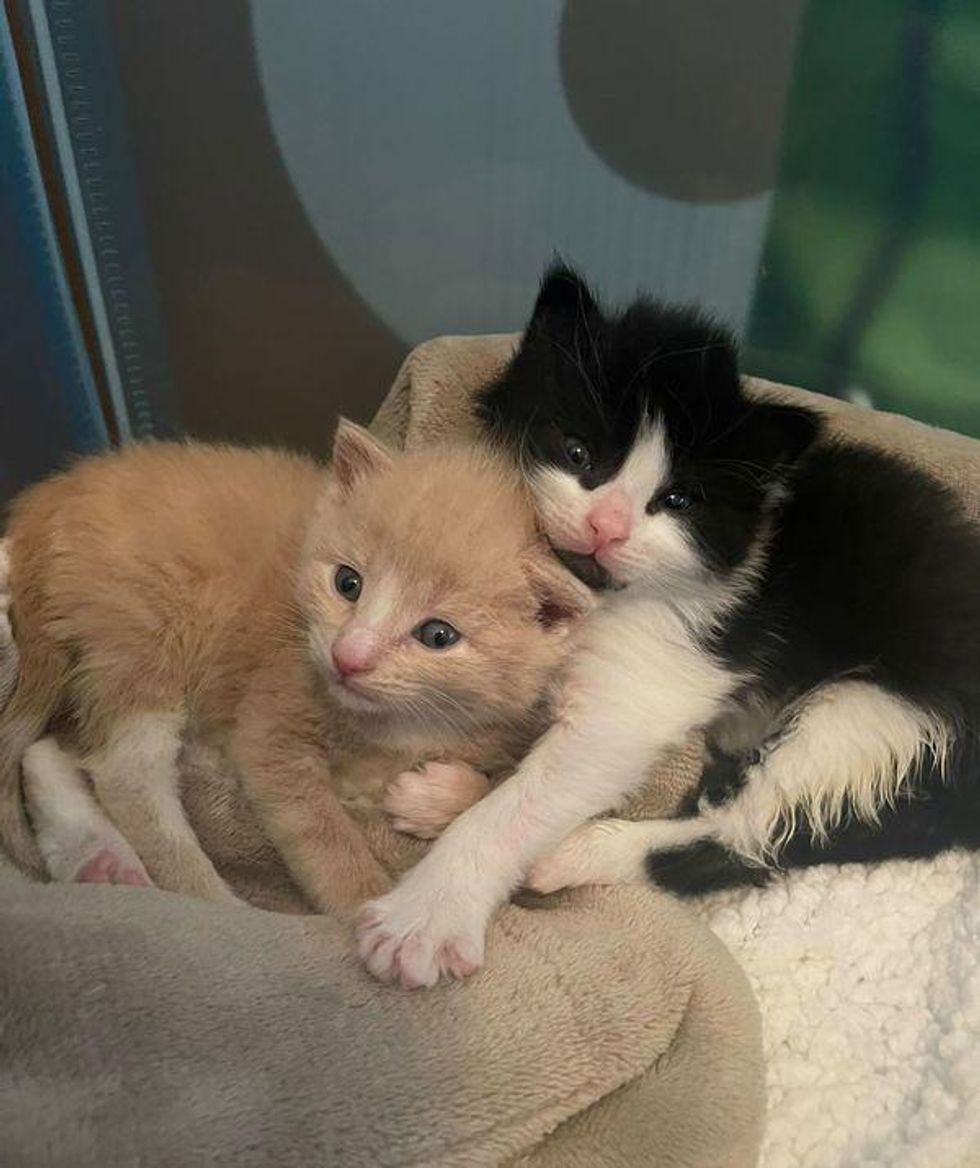 They are best of friendsSara Sharp

Related story: Kittens Found Crawling on Gravel Road, Now Getting Plenty of Hugs and a Chance to Run and Jump