Home Cats Kitten Found in the Cold at College, is So Happy to Be...

A kitten who was found in the cold at a college, decided to seek affection one day after his life was saved. 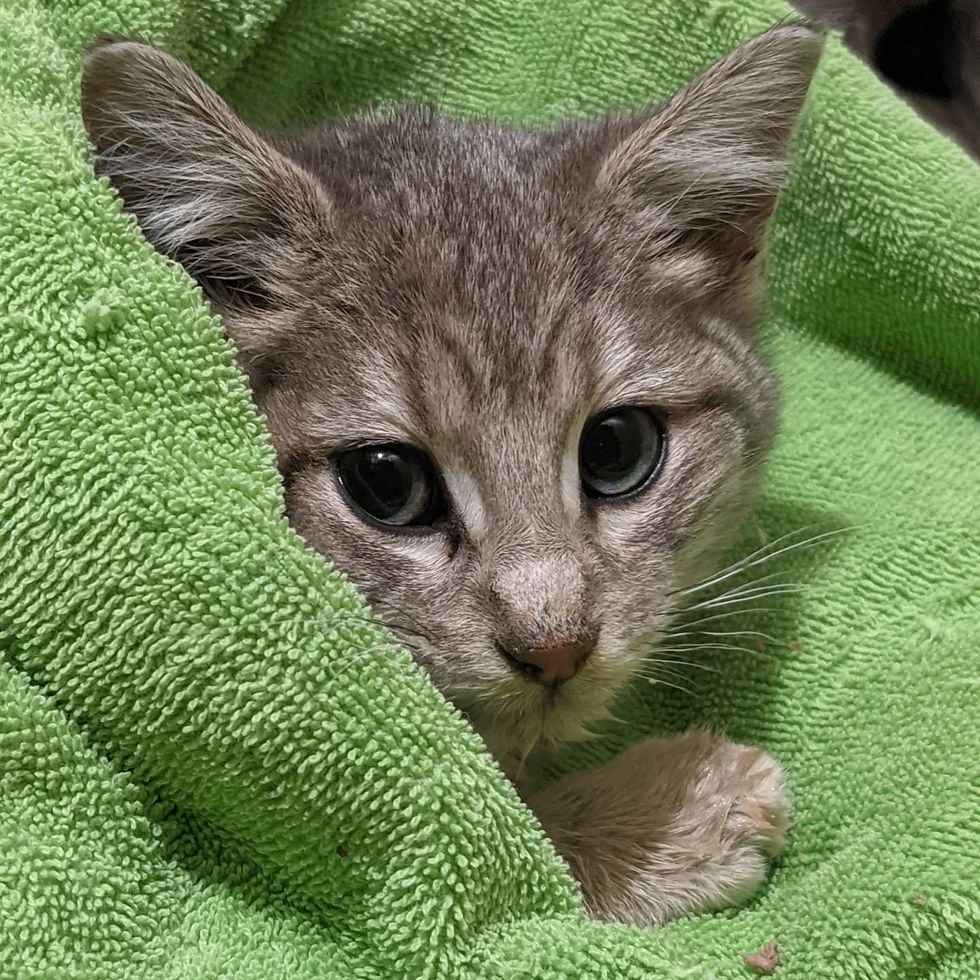 Earlier this week, Ginny, a foster carer and a TNR (trap-neuter-return) rescuer, was contacted about a kitten needing urgent help.

“Some workers at the nearby college cafeteria were dumping trash and noticed a kitten who was limping,” Ginny shared with Love Meow. “Later on, he was hiding in the trash and not moving so they reached out to me.”

When Ginny got the kitten, he was cold to the touch, just skin and bones, and very lethargic. “He lay in the cat carrier with his eyes just barely open, his side hardly rising at all.” 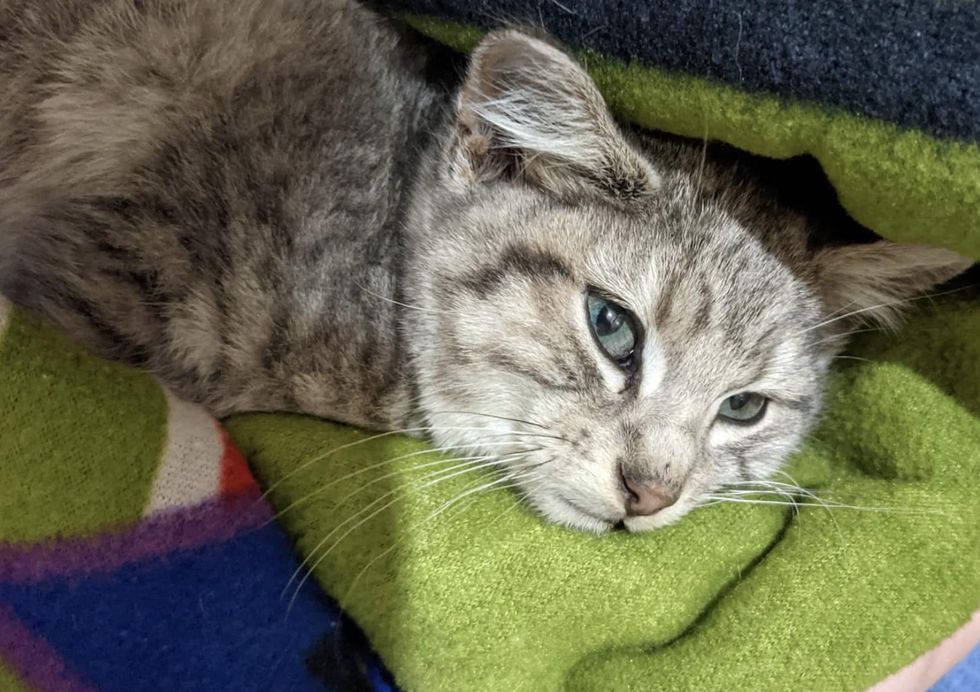 He was found in the cold outside a college cafeteriaGinny @poetheblue

Ginny got right to work and tried to get his temperature back to normal. “I wrapped him in warm blankets and sat with him in my lap with a heating disk and a heater nearby, and just talked with him,” Ginny told Love Meow.

The kitten was so frail that she didn’t know if he would pull through the night. “I figured that even if he didn’t make it, at least he would have known love and warmth.” 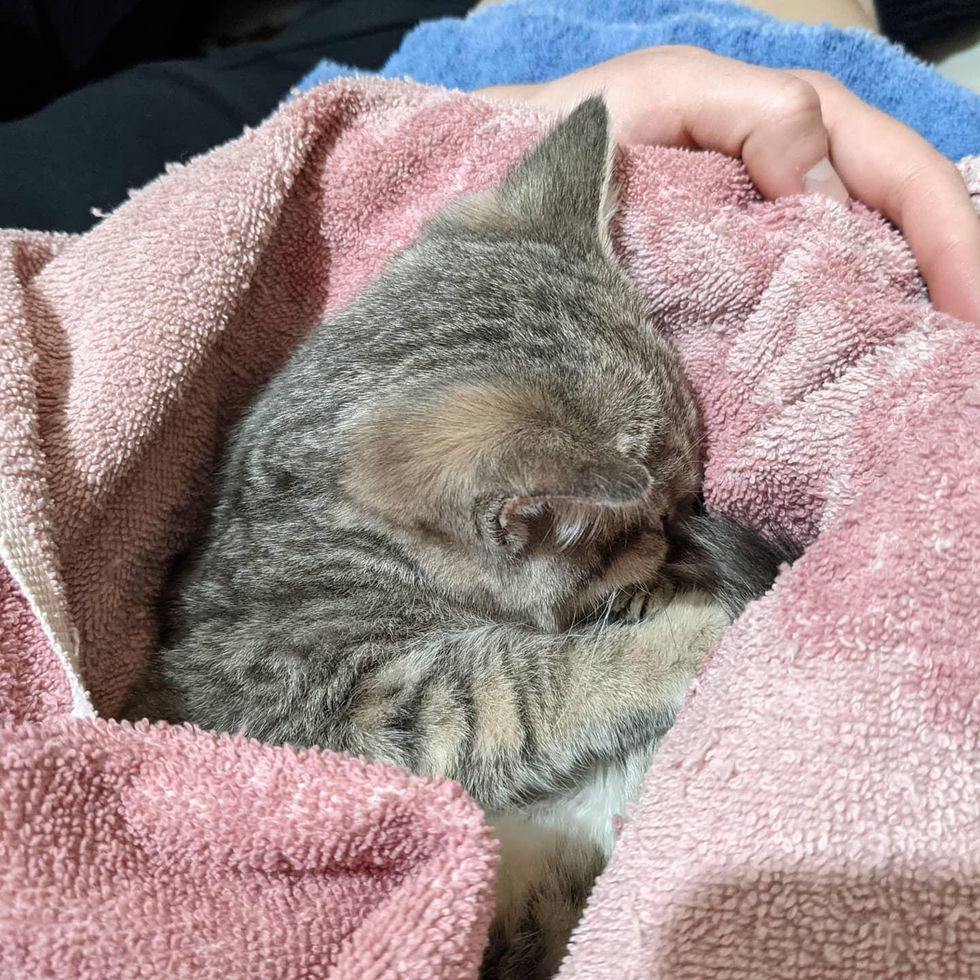 Ginny warmed him up with blankets and heat sourcesGinny @poetheblue

“I decided to name him Westley after the Princess Bride character due to the fact he had come to me ‘mostly dead’ and I was hopeful he would pull through like his namesake.”

At some point, Ginny reached over to rub him ever so gently. It stirred him a little, but somehow ignited his purr motor, and it started to rumble very faintly. 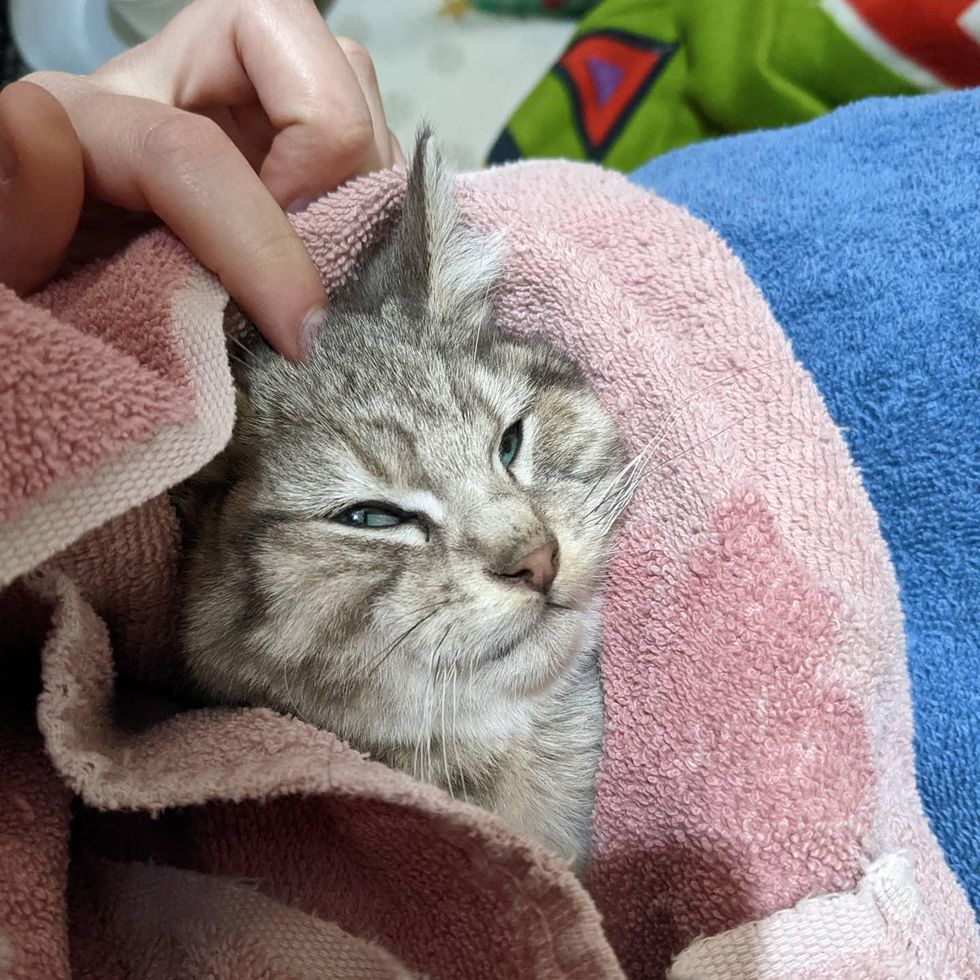 “He lifted his head, which he hadn’t done yet, and looked up at me. I decided he was warm enough to give him some food, which he gobbled down immediately,” Ginny shared with Love Meow.

“That was the point where I began to be hopeful he would make it.” 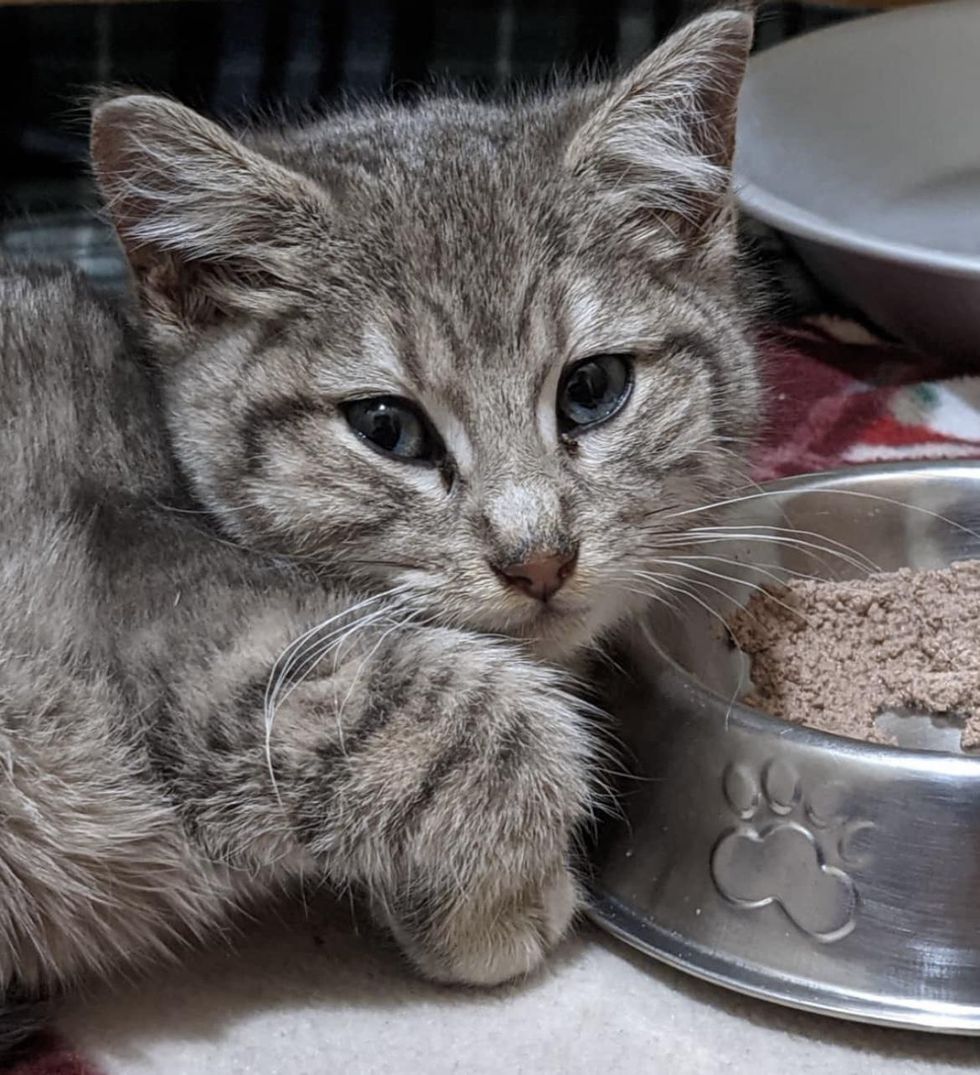 That night, Westley fell asleep with food in his belly, and was completely surrounded by warmth and love.

Watch Westley the kitten in this cute video:

Westley woke up the next day, feeling much better. With a trip to the vet, they estimated him to be seven weeks old, and identified the cause of his limping. 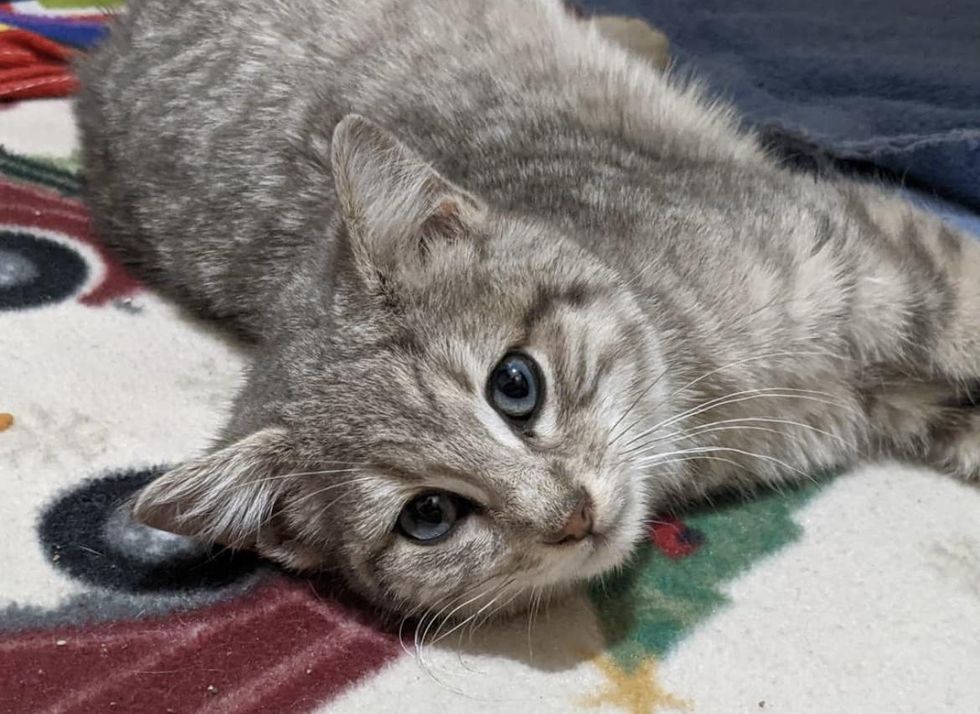 “He has damage to his Lumbar 7/Sacral 1 vertebrae spinal column. This isn’t inhibiting his movement too much, and there isn’t anything surgical they can do for it. They suggest just keeping his activity levels down.”

The vet staff weren’t sure if Westley would be able to use the litter box on his own, but the tabby boy was rather determined. 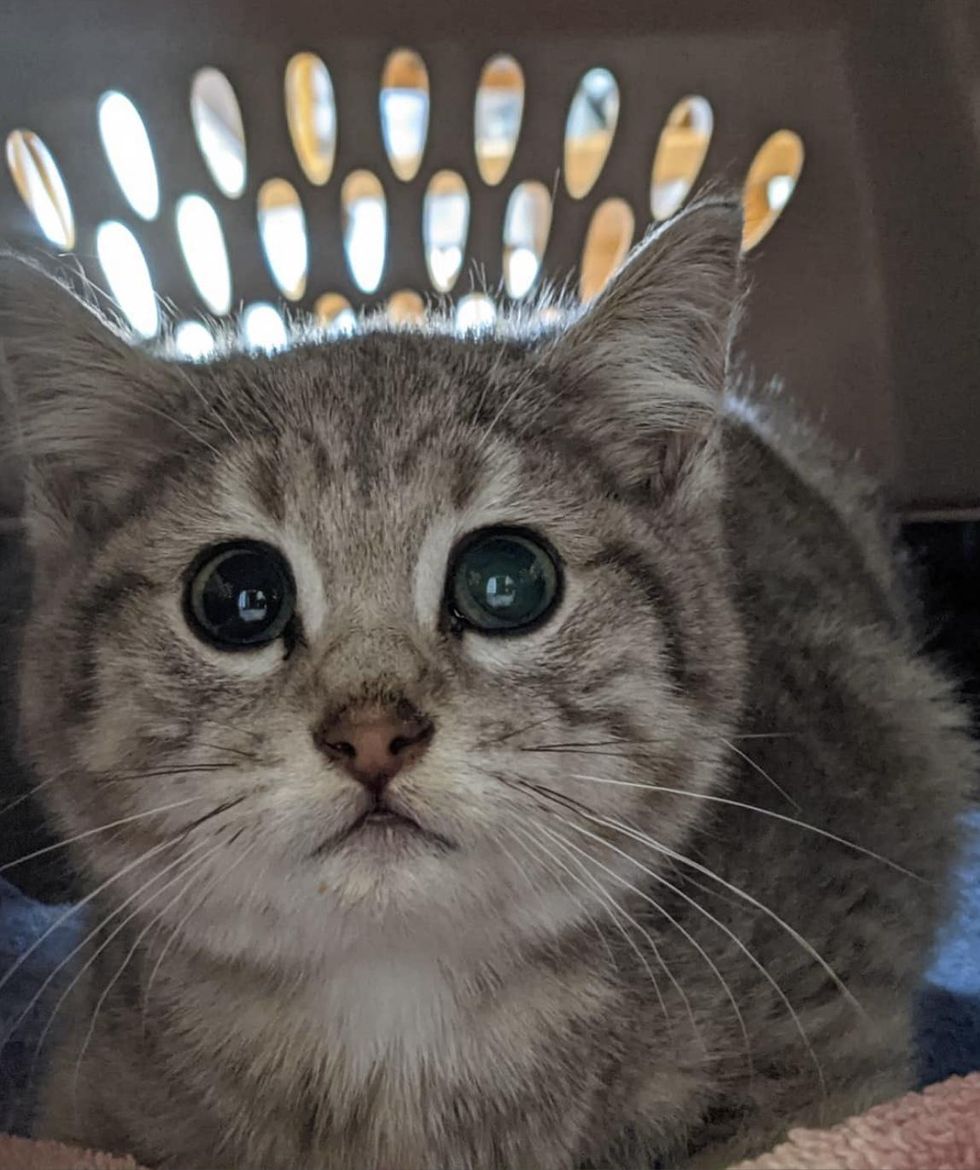 As soon as Westley regained enough strength in his legs, he was up and about, exploring his new digs, where he quickly found the litter box.

It didn’t take long for the tabby to figure out how to use it, defying all the odds against him. 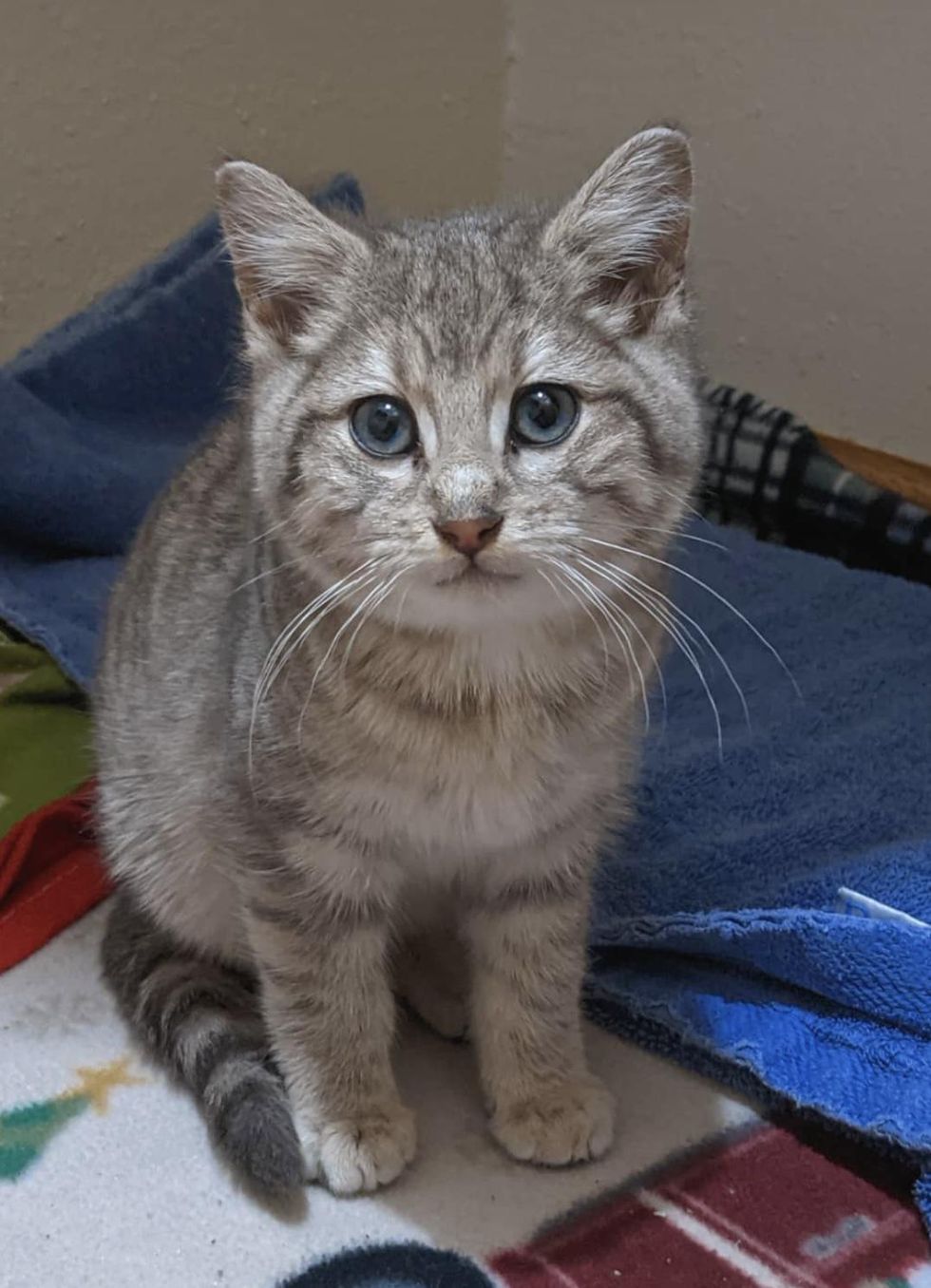 His appetite soared and he started to put on weight. Westley purred up a storm whenever he was petted, and soon turned into a full-fledged cuddle-bug.

In less than a week, the kitten has made a complete 180 and is constantly purring, seeking affection from his foster mom. 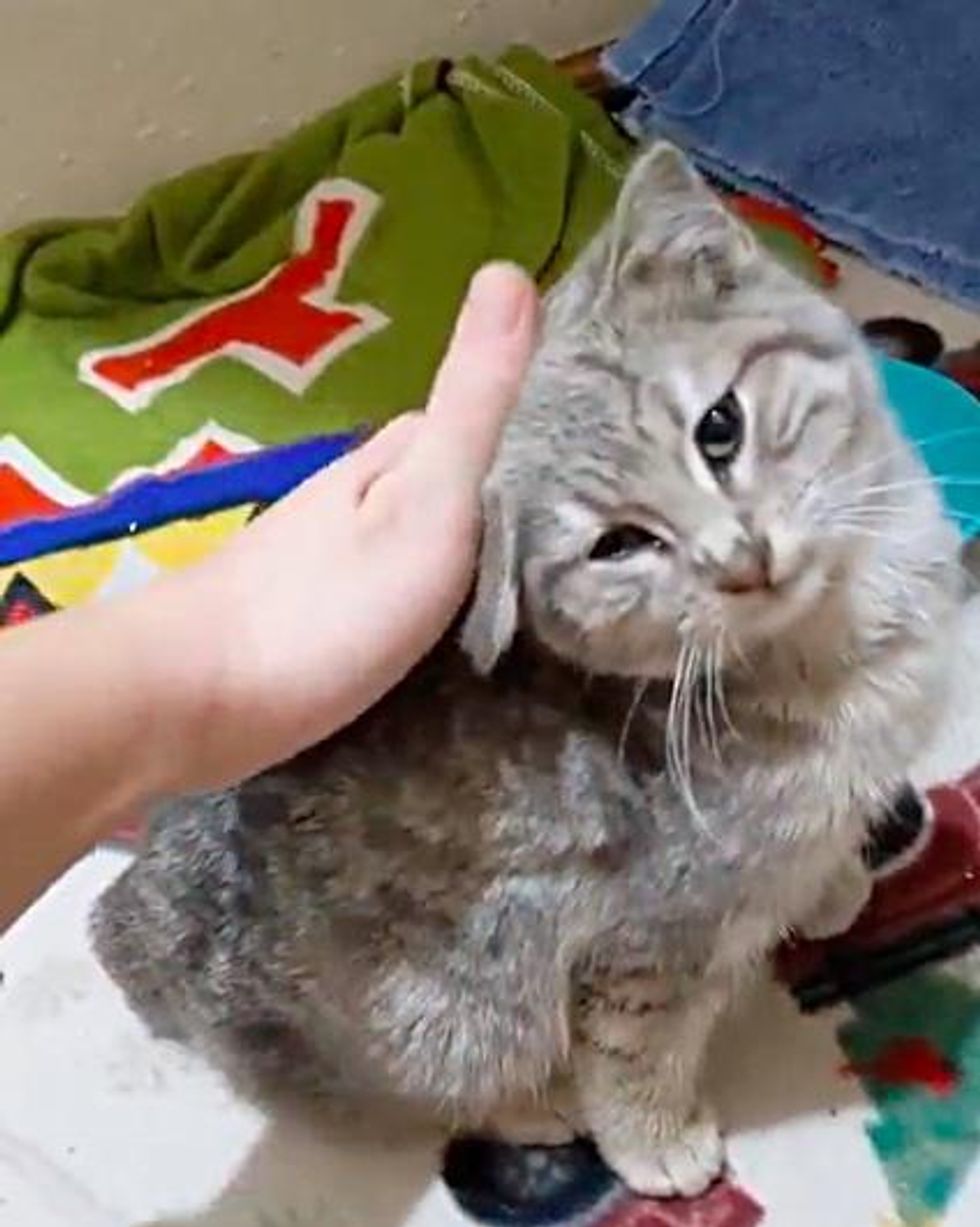 Nothing makes him happier than getting pets and snugglesGinny @poetheblue

“Westley meows when I stop petting him. He just wants love and affection. Suffice it to say, I pet him a lot,” Ginny shared.

He is eating like a champ and getting more confident around humans each day. “One of the people who found him is interested in adopting him!” 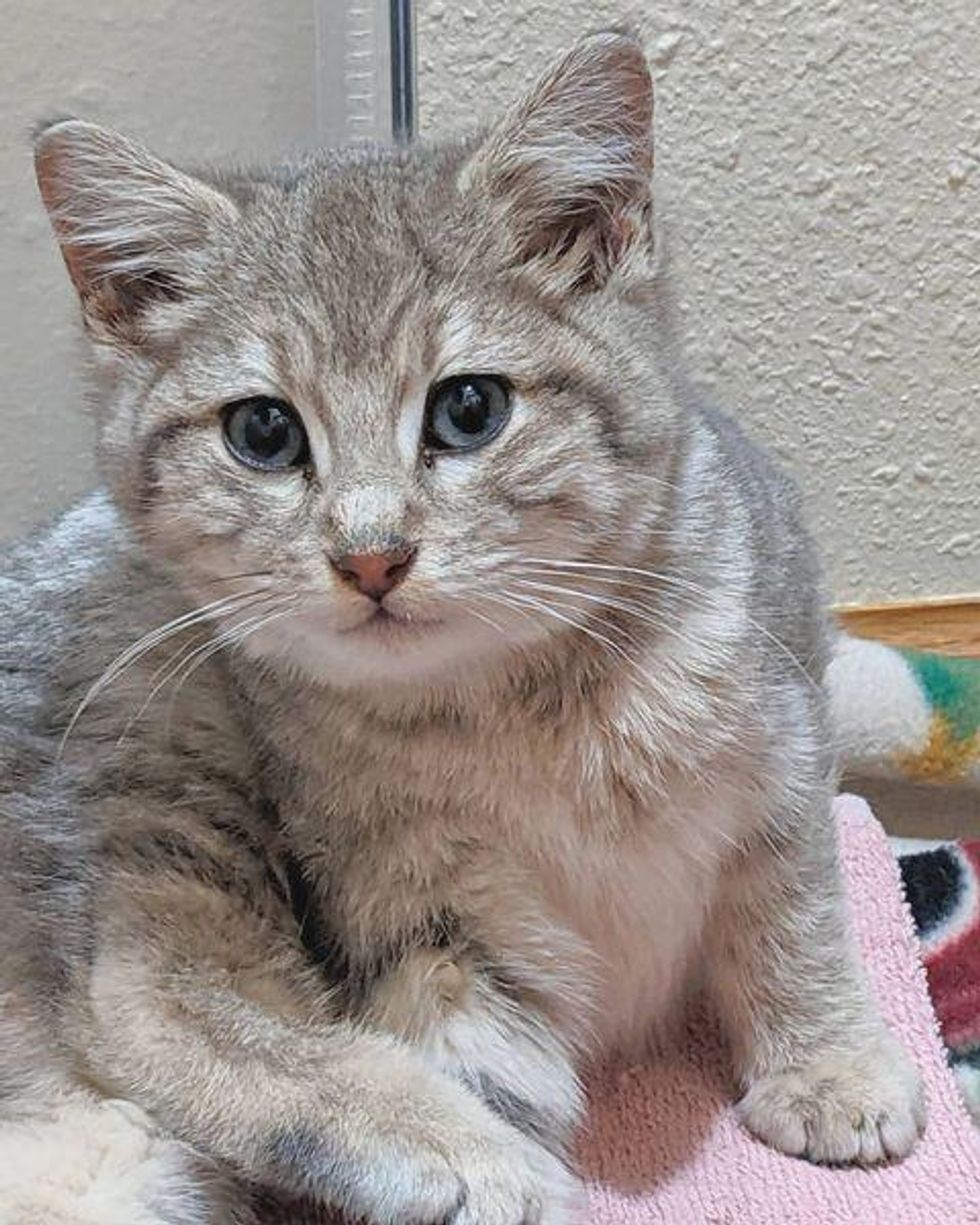 Westley will flop on his side for rubs and snuggles every time Ginny comes into the room. He is so happy to have a warm nest, good food, and plenty of cuddles to go around. 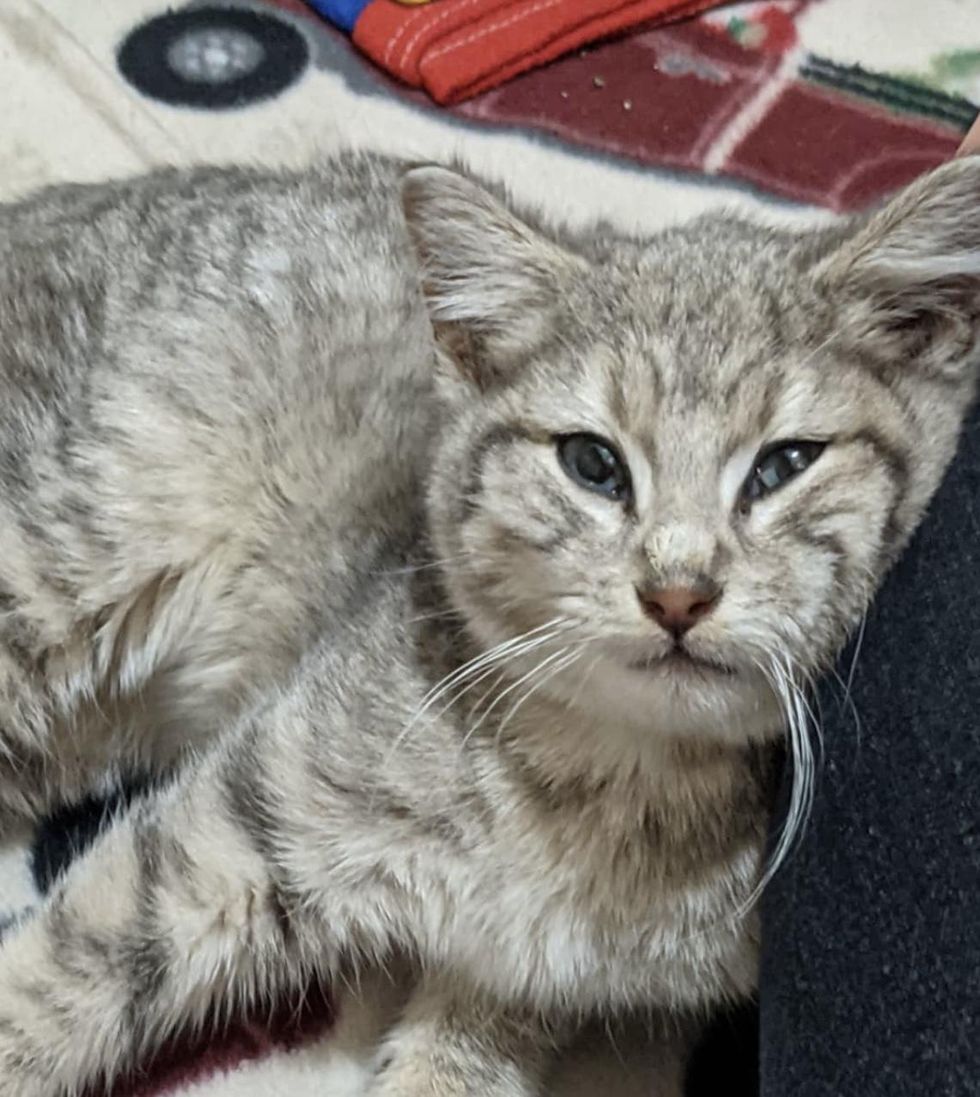