A cat is determined to never step paw outdoors again and holds onto the man who helped him. 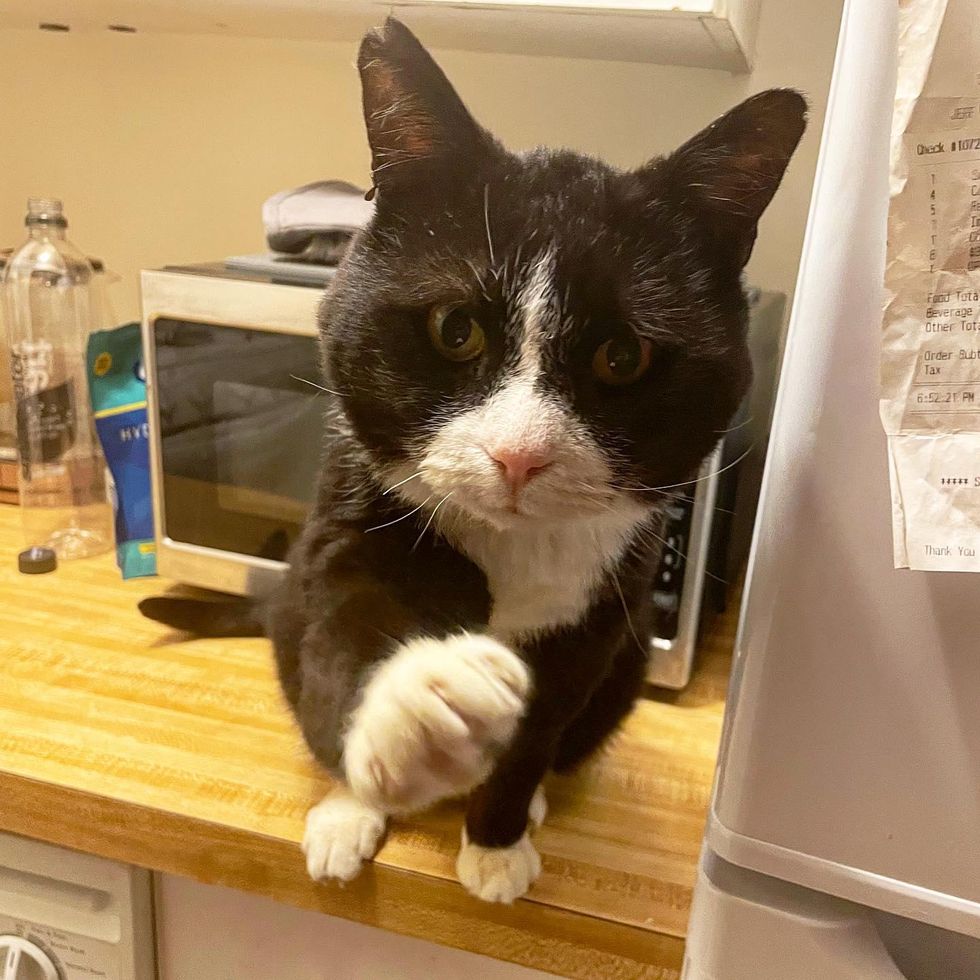 A tuxedo cat showed up in a park in the Bronx (New York), scrounging around for food. He was rough around the edges and just skin and bones. A local rescuer spotted him and tried to help.

She gave him a plate of cat food but the tuxedo couldn’t eat despite being very hungry. He was drooling from the mouth and appeared to be in pain.

The rescuer reached out to Little Wanderers NYC so the cat could get the medical attention he desperately needed. 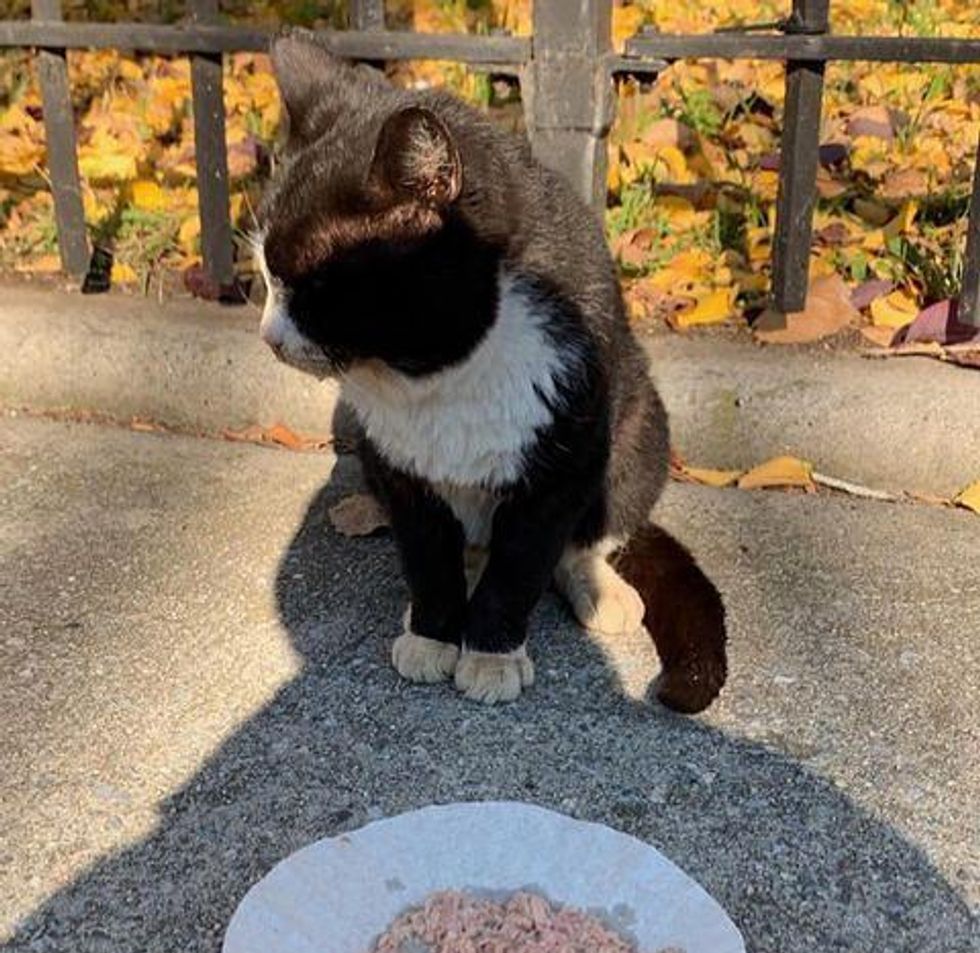 “He had a severe oral infection and could barely eat. His rescuer fed him liquids, as he cried in pain when trying to eat anything else,” Little Wanderers NYC said.

The cat whom they named Andrew, had to have four teeth extracted and was treated for the infection. 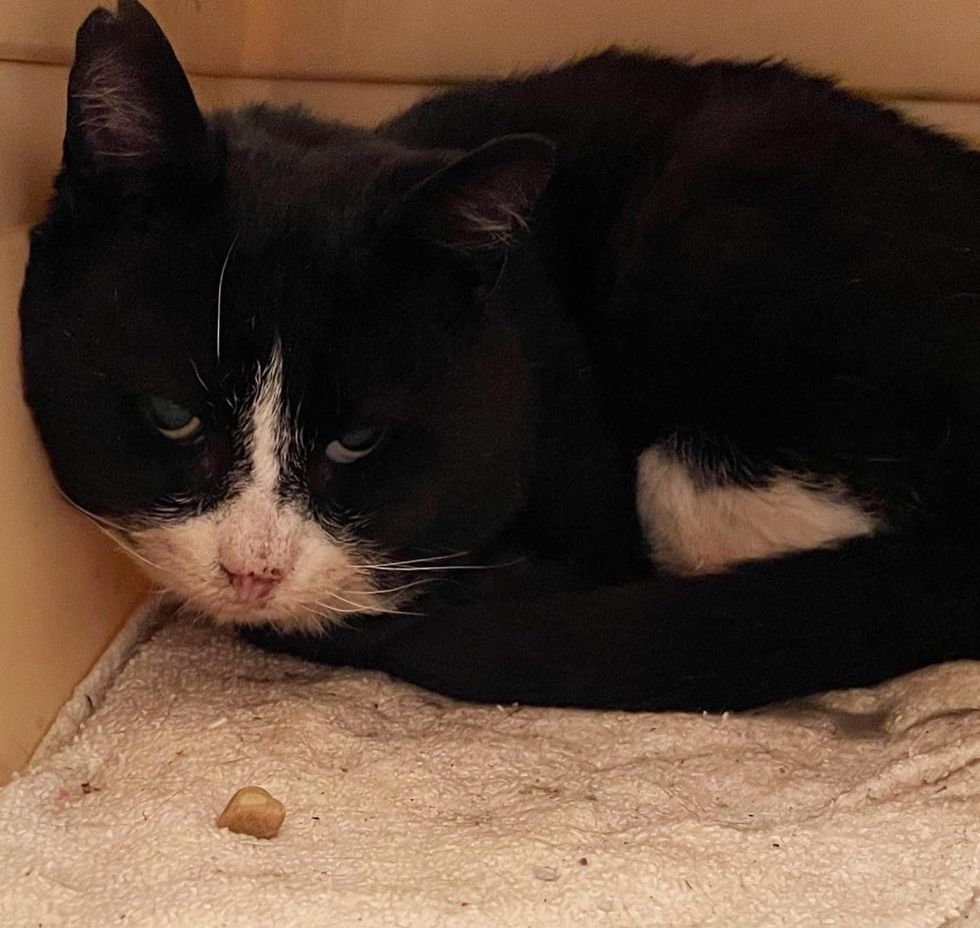 He was so grateful to be rescuedLittle Wanderers NYC

He felt so much better after the procedure, stretching his toes, reaching for pets, and purring up a storm. All he wanted was to be caressed and loved. “He did not belong on the street, and he is so grateful.”

Andrew was taken into foster care where he could continue to recuperate. He was very mellow around other cats and eager to be in the company of his people. He curled up next to his carer and just wanted to be petted all day long. 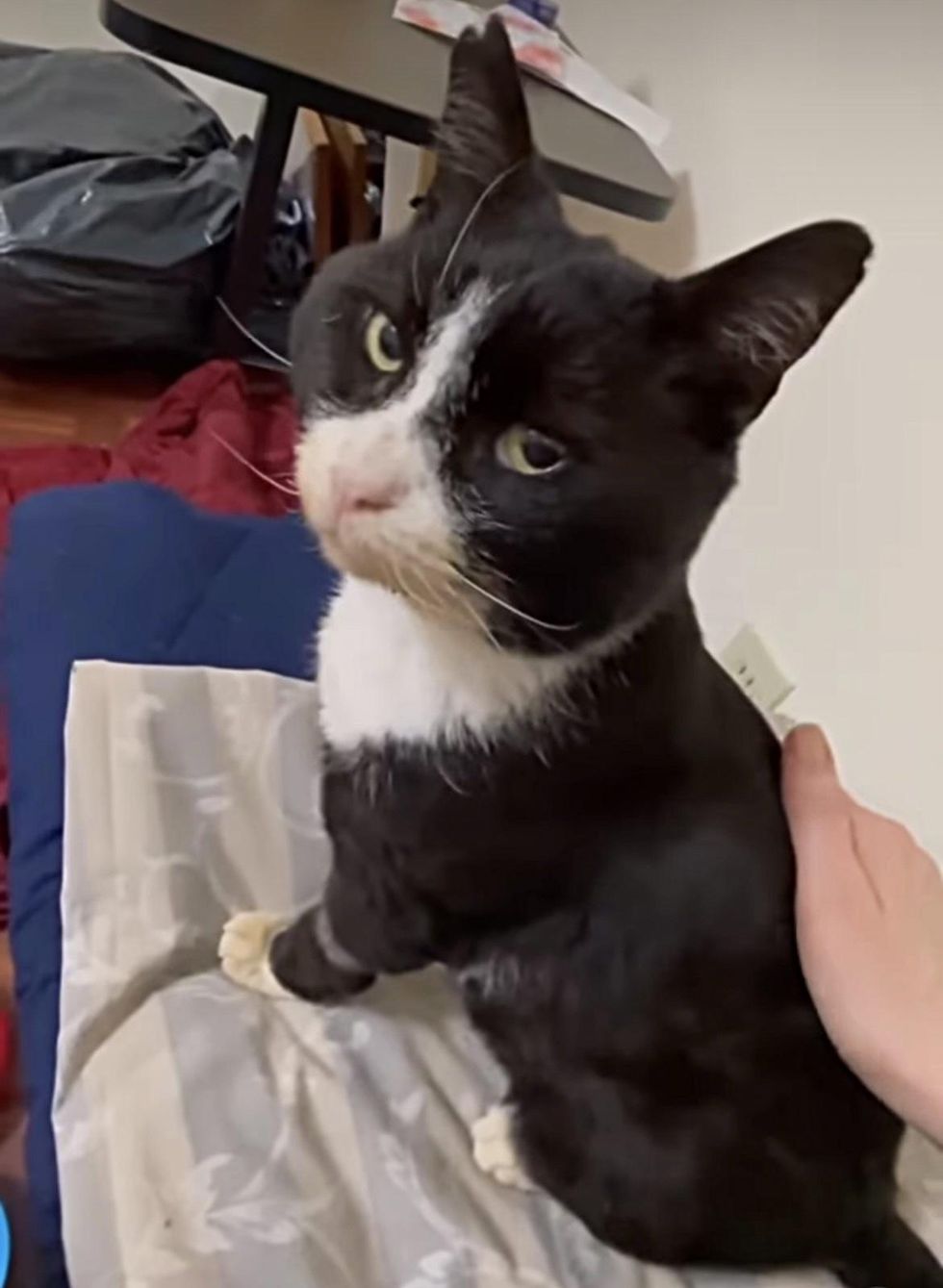 “He’s a super affectionate chap with only headbutts and kisses to give. He’s got big chubby cheeks and is the absolute sweetest!”

Andrew could finally relax and enjoy being an indoor cat that he ought to be. When he moved in with another foster volunteer, Jeff, the tuxedo boy was determined to win him over. 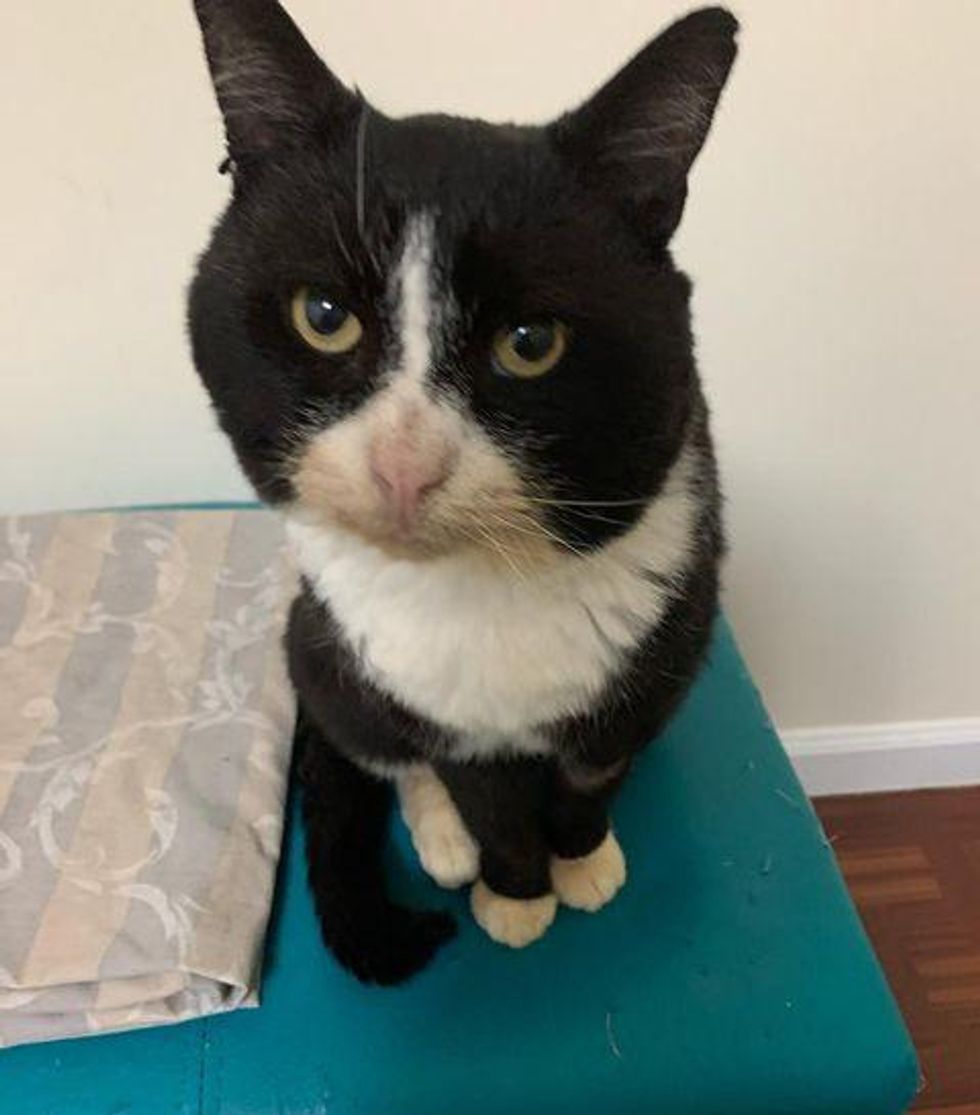 Andrew would follow his human everywhere around the house and fill the space with his adorable rumbling purrs. He would put his paws on Jeff and insist on spending the day together with his favorite person.

He would wait for Jeff to come home every day, so he could give him the cutest greetings and shower him with head bumps and kisses. 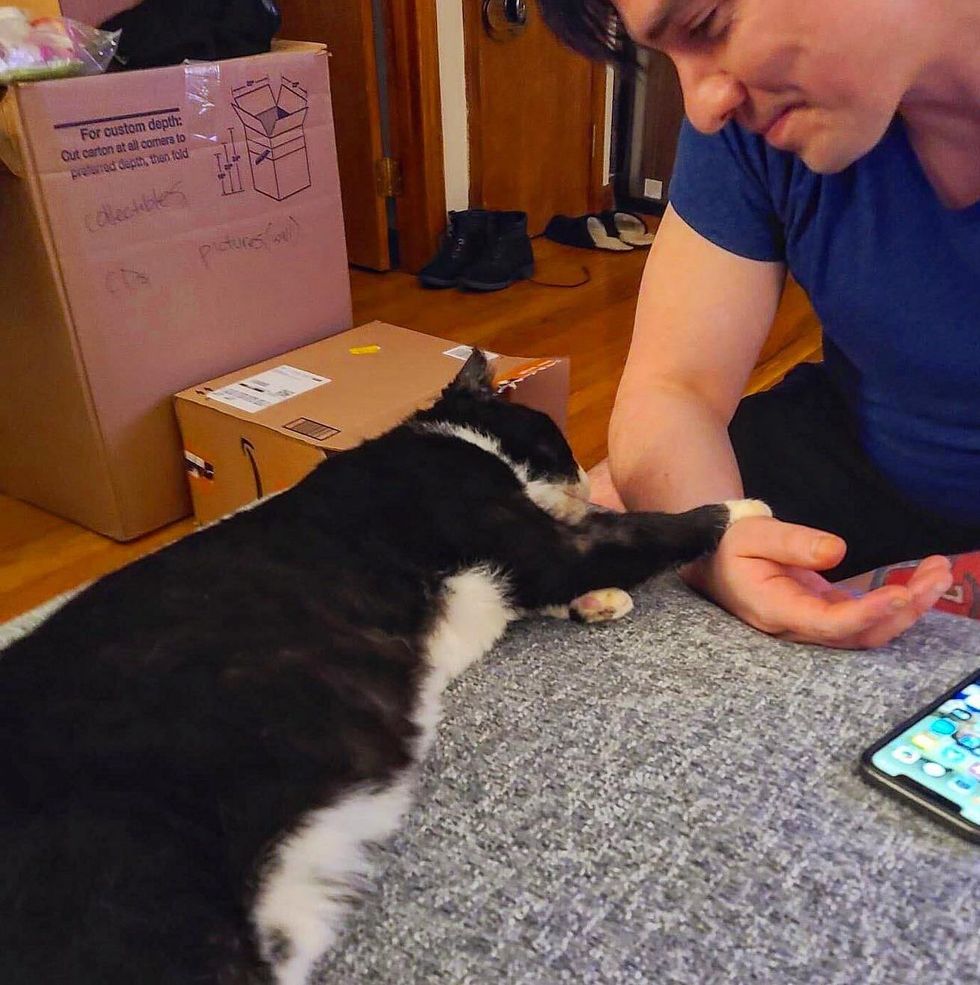 It didn’t take long for Jeff to realize that he was completely enamored with the tuxedo and couldn’t part with him.

“I can hands-down say he’s the most affectionate, nice natured and trusting animal I’ve ever met. His purrs are as loud as a parked Harley Davidson with the engine left running,” Jeff wrote. 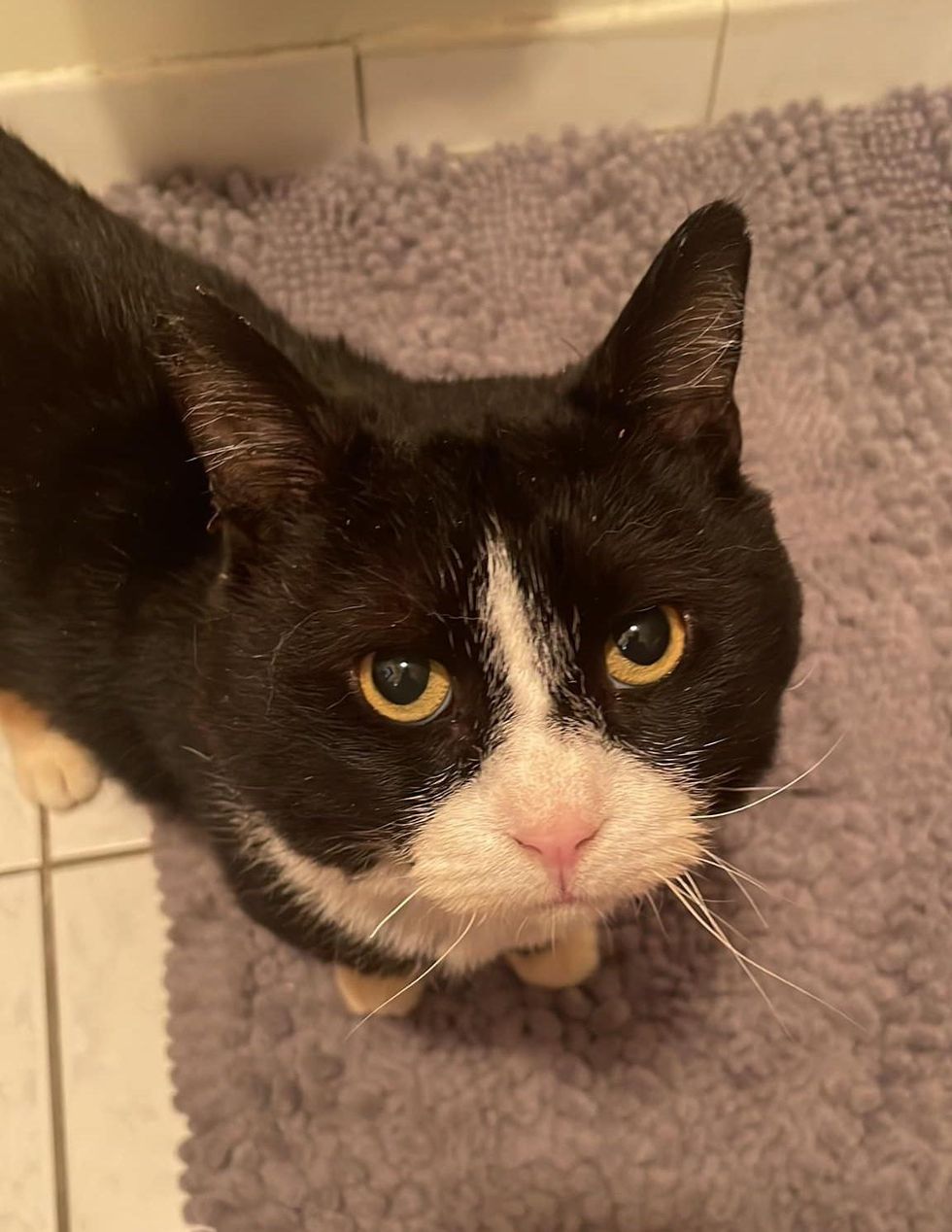 Andrew has permanently left paw-prints in Jeff’s heart, and is there to stay forever. The sweet kitty has become Jeff’s best friend and closest confidant.

“His biggest worries are what time dad will be home from work to cuddle and feed him. These two have the sweetest bond ever,” Little Wanderers NYC wrote. 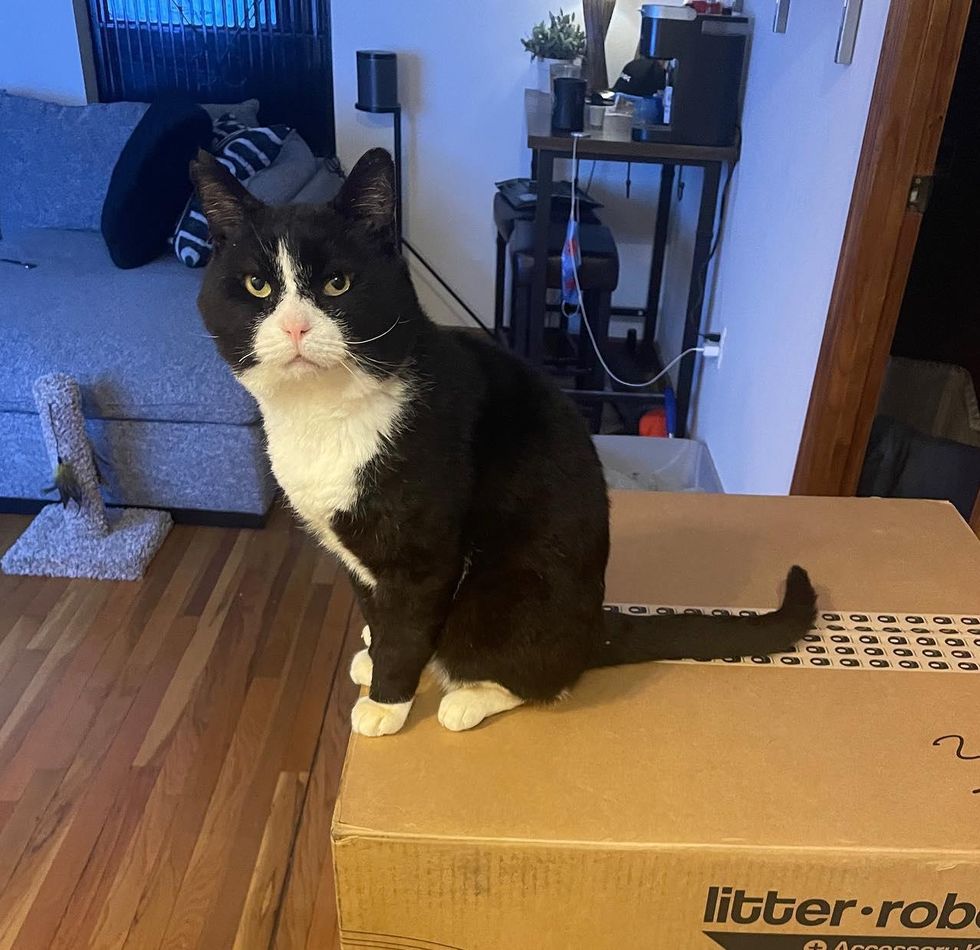 Andrew has blossomed into a handsome tuxedo catLittle Wanderers NYC

“Andrew was in rough shape when he was rescued from the Bronx. He was fully vetted and received a dental and is now a completely different cat,” Little Wanderers NYC shared. 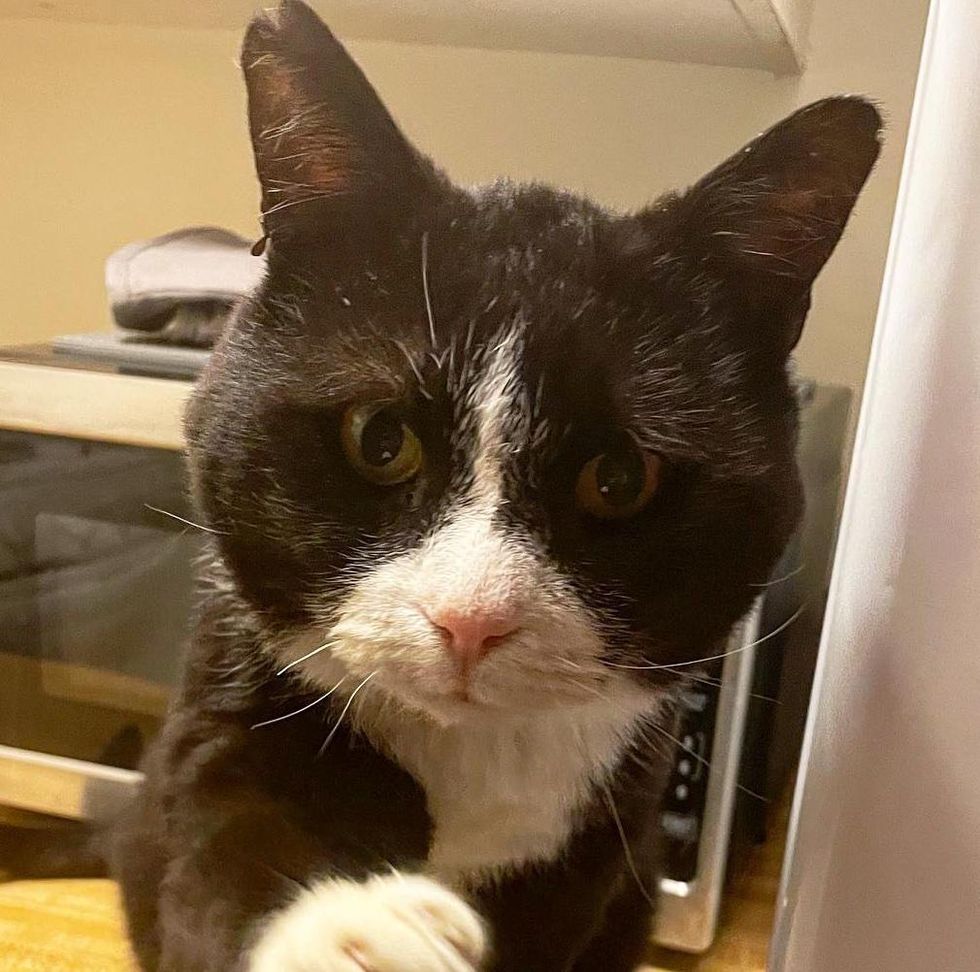 Related story: Man Finds Cat In His Garage While He Tries to Fix His Jeep But He Doesn’t Own a Cat